As I told my veteran pastor of my plans to do graduate studies in the doctrine of the atonement, a wry smile creased his face as he asked: “So… which theory of the atonement do you believe in?” I responded: “All of them!” The purpose of this book is to offer a more expansive answer to this question, sharing a vision for a fuller understanding of the atonement which is eager to explore, embrace and apply new aspects of God’s work in Christ to reconcile all things to himself. 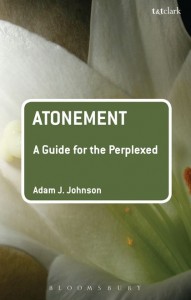 But by way of preparation, it behooves us to inquire: why did my pastor ask this particular question? The questions we ask, and the order in which we ask them, are of great importance. They influence which premises we draw upon and which ones we neglect, direct the ensuing line of thought in terms of what will and will not be considered, and determine to a great extent which (re)sources we might turn to for support. “Where we begin shapes where we will end up” (McKnight, Community, 15). Through the centuries, theologians, schools and branches of the church began their accounts of the atonement with certain key questions, which were themselves built upon certain assumptions and premises. This led to well-worn paths of theological discussion and privileged passages of Scripture.

My pastor asked this question because until recently it was a commonplace assumption in theological education, largely due to the influential work of Gustaf Aulén, that throughout the history of the church there have been roughly three main theories of the atonement (cf. Aulén, Christus Victor). This thesis suggests that the early church held to Christus victor, the medieval church to satisfaction and the modern church to exemplarist accounts of the doctrine. Christus victor, a theory affirmed by such theologians as Athanasius, Gregory of Nyssa, Aquinas and Calvin, holds that the purpose of Christ’s death and resurrection was to overcome the power of Satan—a work prophesied in Gen. 3:15, and expounded in more depth in Ephesians and Colossians. Satisfaction theories, developed by the likes of Athanasius, Anselm, Aquinas and Calvin, diversely explore ways in which the work of Christ satisfies the goodness (Athanasius), honor (Anselm) or justice/righteousness (Calvin) of God in face of our sin, drawing upon such passages as Rom. 3:21-26, 2 Cor. 5:21 and 1 Pet. 3:18 for support. Exemplarist theories—affirmed by Athanasius, Peter Abelard, Aquinas, Luther, Calvin and touted by modern theologians such as Ritschl and Harnack—hold that Christ lived, died and rose again in order to be an absolutely unique example for us, that through this example we might be reformed and restored to fellowship with the Father.

Familiar with this debate, my pastor asked his question because such categorization of atonement theories into three main types is the precursor for questions that seek to establish which of the theories one adheres to, why, and whether this theory incorporates aspects of the others or simply stands over and against them. Adherents of Christus victor, for example, might say that Christ offered satisfaction to God (or Satan) in order to rescue us from Satan. This loving work of rescue provides us with a governing paradigm or example for the Christian life (exemplarism), thus accounting for each of the main theories of the atonement within a single over-arching theory. On the other hand, one might emphasize a satisfaction theory, in which Christ’s primary work was to satisfy God’s righteousness. This also resulted in both our release from captivity to Satan and our debt of obedience to live out lives of righteousness within our communities on the basis of Christ’s example.

More telling than the question itself, however, was my pastor’s wry smile—for he knew that his question was a trap. Jesus’ death and resurrection accomplished all three of these things: he defeated Satan, satisfied the goodness, honor and justice of God, and taught us to love God and neighbor by means of his absolutely unique and unprecedented example. Choosing any one of the traditional theories as an answer to his question would have received an immediate rejoinder in favor of the other two theories, accompanied by a list of great theologians touting the theory, and Bible verses supporting it. Not only is each of these theories biblical, it is also quite difficult (if not impossible) to discern which among them is preeminent. Did Jesus offer satisfaction in order to free us from Satan (emphasizing Christus victor), or was freeing us from Satan a mere accident of offering satisfaction to God (emphasizing satisfaction)? And was his example a byproduct of these, or was it the focus (emphasizing exemplarism), as Christ sought to restore in us the divine image?

While these and other common questions may in fact be answerable, there are better ways to engage the doctrine: better questions to ask at the beginning of our exploration of the nature and benefits of Christ’s death and resurrection, which encourage us to have a balanced and proportioned interaction with the doctrine as a whole. To do otherwise is to risk delving into culturally significant but ultimately shortsighted questions of less ultimate consequence, dooming such efforts to unnecessary inadequacy and shallowness. Different questions will lead us to new or less-trodden paths at dogmatic, historical and biblical levels, ultimately offering the possibility of significant new insights into and appreciation of the work of Christ. And they will entail significant changes for works building their inquiry upon supposedly competing or antithetical theories—a premise which sidesteps many of the fundamental issues within the doctrine, resulting in highly distorted and parochial accounts of Christ’s work.

In Atonement: A Guide for the Perplexed, I offer a range of suggestions for different and more profitable approaches to the doctrine, particularly exploring 1) the ways in which the atonement should be situated within the doctrine of God, allowing the doctrines of the Trinity and divine attributes to play a decisive role in shaping the aims, content and conclusions of the doctrine, and 2) the ways in which the work of Christ is a cosmic work, calling for the whole life, death, resurrection and ascension of Christ to overcome a problem of sin which touches on every aspect of creation, ranging from the angels in heaven to the earth upon which we walk.