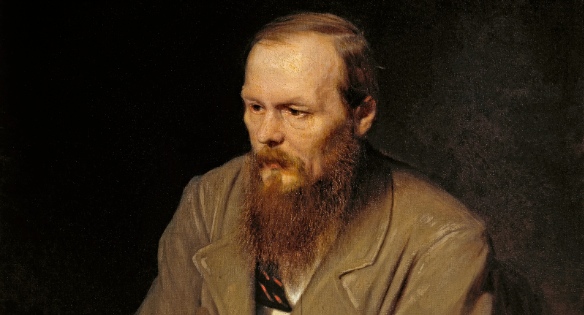 I happened to be re-reading Dostoevsky’s Crime and Punishment the same weekend that we hosted a recruiting event for the Torrey Honors Institute. As I spent time reflecting on my membership in this learning community, I noticed the stark contrast of the radical isolation that Raskolnikov suffers.

Dostoevsky’s Raskolnikov is an intellectual and an idealist, and he is, most of all, very alone. He is alone for many reasons: his schooling separated him (geographically, at first) from his family; his poverty cut him off from his school; his debts required him to hide from his neighbors; and his ideas divided his mind from both his heart (moral impulses) and his faith. It seems that his intellectual gifts, his ruminative personality, and his social conditions (more pointedly, the social conditions that came with urbanization) all coalesced to produce the predicament of his isolation. And it is not hard to imagine that Raskolnikov’s story would have been utterly different had Raskolnikov not been so utterly alone.

With respect to the crime he commits, I do not doubt that Dostoevsky would have his readers think Raskolnikov’s moral reasoning deeply flawed. But, still, we are quick to agree with Raskolnikov that there is something terribly wrong with the world he inhabits, where the desperate are exploited and the innocent corrupted. When, with Raskolnikov, we meet a ruined man who squanders the last resources of his destitute family to drink himself into deeper shame, telling the story of his daughter’s innocence sacrificed to the economic benefits of prostitution, we long, with both this desperate man, Marmeladov, and with Raskolnikov, for the world to be repaired.

Raskolnikov is an idealist in multiple senses. He allows the clarity of the idea he sees in his mind to eclipse his remaining moral sensibility. In this way, he makes an idol of an abstraction, ignoring all of the other faculties by which human persons might truly know what is good. But he is also an idealist in a better sense. He wants to see the eradication of wickedness and the increase of justice and freedom for the many. In his own early conception of his crime, he is willing to suffer the torment of being a murderer if it will bring about the good of others.

By his own admission, Raskolnikov is already so completely immersed in himself that he refuses to allow others to suffer for his sake. He compares his sister’s prospective marriage (one that is only promising economically) to Sonya’s prostitution for her family’s survival. Both are insufferable realities. Like another of Dostoevsky’s tormented intellectuals, The Brothers Karamazov’s Ivan, Raskolnikov rejects the ticket to any beatitude that hangs on the suffering of the innocent. Mentally, Raskolnikov insists upon bearing his own burdens and clearing his own debt. He clings to his fantasy of autonomy to its bitter end.

Dostoevsky masterfully captures (in this novel and others) the psychological isolation that is symptomatic of the insistence upon autonomy. Dostoevsky, it seems, insists that the refusal to acknowledge and to participate in the reality of human interdependence yields torment, self-loathing, and misanthropy. It doesn’t seem like a stretch to say that Dostoevsky would even trace as the root of some instances of what we now call mental illness to this insistence upon autonomy. Which is not to say that his characterization is unsympathetic.  On the contrary, the fantasy of autonomy and its safety and equilibrium is so resonant for the modern person that Dostoevsky gives it full voice, in some ways validating its longing.

But Dostoevsky offers an alternative vision. He shows the failure of the fantasy of radical autonomy and the mercy of the reality of what the Russians call sobornost.

Not that he closes his eyes to the deep suffering that comes from the very fact that we are relationally connected. You don’t have to search long in this or any Dostoevsky novel for another example of the ways that broken people hurt one another, especially those closest to them.

But Crime and Punishment doesn’t just tell the story of the ways that we hurt one another. It also tells the story of a man who tries and fails to bear his own burdens alone. It tells the story of his transformation in relationship to a woman who persists in loving him and suffering for him. It calls this transformation resurrection. And in this naming—and in its narrative root in Sonya’s reading to Raskolnikov the story of Lazarus raised from the dead in the Gospel of John—we see that this is not just some sentimental romantic optimism. In Raskolnikov’s resurrection, Dostoevsky gives us a narrative image of a theological truth—it is a paradisal vision, rooted in the very resurrection of Christ, the one who suffered for all, who gives communion to those he sanctifies, and who promises resurrection for all who believe.

Thus, it is Dostoevsky’s theological imagination that grounds his hope for a remedy to human isolation.  As I listen to him, he interrupts my own fantasies of autonomy. And tomorrow, when I gather with my students who will work hard together to hear the witness of this novel, we will thank our resurrected Lord for the gift of reading together.