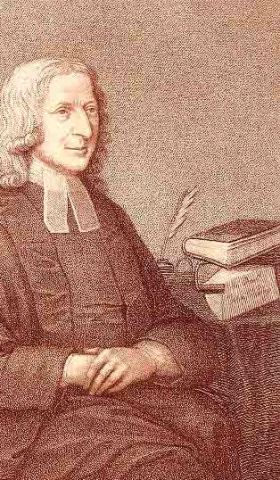 John Wesley lived by the Bible and claimed to be a man of one book (homo unius libri). But his single-minded focus on Scripture did not result from failing to read other books. It was something he achieved on the far side of wide reading and much learning. Wesley knew how to learn from Christians of all ages and denominations, and he wanted to pass that privilege along to as many people as he could.

As a result, Wesley spent considerable time editing and publishing books that he considered helpful. He wanted his people to be reading widely in the best works available. In 1750 he brought out a fifty-volume set of books called A Christian Library. The sub-title was “Extracts from and Abridgments of the Choicest Pieces of Practical Divinity Which Have Been Published in the English Tongue.” I’m sure dissertations have been written about what he chose and how he chose it, but a quick look shows that he was not trying to find simply the best or most important books in the history of Christianity. He mostly ignores the church fathers (represented only by the apostolic fathers and Macarius), the great medieval scholastics, and the reformers. Instead, he focuses on recent centuries (from as far back as the sixteenth up to his contemporaries like Jonathan Edwards in the eighteenth), English works (including both Puritans and Established churchmen who took turns persecuting each other), and above all, “Practical Divinity.” Wesley does include works originally written in German, French, Spanish, and Latin, but all Englished and already influential in his homeland.

The collection is bracingly diverse and refreshingly nonpartisan. The works of Arminius are absent from this collection by an arminian and editor of The Arminian Magazine. Wesley rejected the idea of limited atonement, but includes copious writings by Thomas Goodwin (pro limited atonement) while omitting John Goodwin (anti limited atonement). Why? Thomas Goodwin wrote some of the “choicest practical divinity in the English tongue,” that’s why. I don’t care if you were a member of the Westminster Assembly, if you can write The Heart of Christ in Heaven toward Sinners, only an anti-Calvinist bigot could refuse to recommend your book. John Wesley knew that fifty volumes was hardly enough space to exhaust the great central core of Christian truth and its outworkings in the human heart.

I haven’t read all of A Christian Library, and a handful of the volumes strike me as moralizing sermons from British clergyman who might have wandered in out of a Jane Austen novel. But just a handful, and that may be too flippant a dismissal of the less exciting volumes. Wesley’s judgment is so demonstrably keen that he deserves the benefit of the doubt as an editor. Undeservedly obscure writers like Bishop Ken, Isaac Ambrose, and Robert Leighton are spiritual powerhouses, and Wesley has selected some of their best work. There’s a revival of interest in John Owen lately, but several of his greatest books (Communion with God!) are reprinted here in Wesley’s Christian Library. Anybody who thinks of Owen and Wesley as opposites who could never meet ought to spend a little more time reading Owen and Wesley.

Here’s great news: The Wesley Center for Applied Theology has scanned John Wesley’s entire Christian Library and made it available online. The text they scanned was an 1821 reprint in thirty volumes, and there are plenty of signs that robots did the work and human editing hasn’t happened yet: a character named Jesus Cubist shows up on one page. But give them time, or send them money, or just take up and read, already.