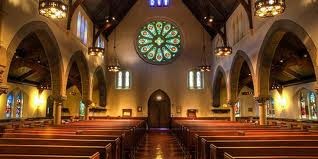 Graham, it seems, would never do something simply out of aesthetic or sentimental reasons. He probably never read C.S. Lewis, Dorothy Sayers or Michael Green and thought, “Whatever church they are in I need to be in too.” He probably never spent an amazing evening in Yorkminster, Salisbury Cathedral or London’s Westminster and thought, “This place is so beautiful that I need to be what these people are.” No, a guess (and it is only a guess) is that Graham would have been an Anglican for theological reasons – nothing more and nothing less. Graham is a man of integrity and conviction, morally and theologically. Though he endured his share of naysayers over the years who questioned the wisdom in partnering with Roman Catholics, Lutherans and Methodists (for example) to reach the unsaved and unchurched, Graham never faltered in his theological rationale for doing so. His vision and evangelistic approach are not based merely on expediency but are born out of conviction. Graham’s theological roots run deep.

So why desire to be an Anglican? Why choose to worship alongside folks whose main reasons for being Anglican might be merely aesthetic (“I love the liturgy”), nostalgic (“I studied in Oxford for a semester and just fell in love with Anglicanism”) or a result of Anglo-philia (“England is Narnia so I have to be an Anglican”). In common experience, especially with evangelical Anglicanism, there are many reasons for becoming/being an Anglican, some of which are overtly theological but some are not. Some are jaded and/or disheartened evangelicals who are looking for something with more “substance” and “meaning” (whatever that might mean). Some are simply tired of contemporary worship styles and would prefer something with a little more history, a little more organ and a little less guitar. Some like the solemnity, others like the structure. In my experience, however, few come to Anglicanism because they have read and studied the Book of Common Prayer and the “Thirty-Nine Articles of Religion” and thought, “I think that the theology expressed in these foundational Anglican texts is spot on in agreement with the Scriptures, so I have to be an Anglican.” Few would probably confess that they have read the Scriptures and been convinced that a sacramental theology is clearly taught therein so much so that they must be become an Anglican because it teaches the same. This does not make these folks bad or unthoughtful Anglicans but it does describe, more often than not, the reality in Anglican circles. (Perhaps this is true in other churches and denominations as well.)

Now, there are many criteria used when selecting a church: location, relevant ministries, pastoral leadership, overt and not-so-overt socio-economic factors, presence of friends, etc. There is likely no need to create a hierarchy of greater and lesser goods when reflecting on these criteria for they all play different roles depending on who is doing the looking. Nonetheless, it seems reasonable to suggest that the most important criteria when looking for a church home is theology; that is, does this church teach, in one’s opinion (and in the opinion of others) what is taught in the Scriptures. If not, then why attend there? If so, then the searcher can fall back on other, secondary criteria to make his/her decision. Such a view is not pompous wishful thinking, the ramblings of a theologian who always protects his turf so as to promote theology’s historical position as the “queen of the sciences.” Rather, this seems to be good sense.

Where one attends church affects the whole of one’s life; or, at least it should. Church attendance is not simply a decision to inhabit a particular piece of real estate for ninety minutes on a Sunday morning but its implications reverberate in one’s life throughout the week. The words of the sermon should not cease to be heard once the preacher says “Amen” but they should rattle around in the hearer’s mind, heart and conscience for the next seven days if not longer. The notes and texts of beautiful hymnody and psalmody should not fade into the ether once the keys are no longer struck and the voices no longer sing but they should constitute the soundtrack of our lives day in and day out. Communion with the saints (both living and departed) does not need to end once we walk out the church door but should continue daily as we pray for others and gather in fellowship with other believers. Church life is the warp and woof of the Christian life so where one attends should not be decided lightly or only pragmatically.

Billy Graham does not attend an Anglican church and he is not an Anglican even if he could do it all over again. Certainly, however, Graham attends a particular church and that church was most likely chosen by Graham, first and foremost, for its theological positions and, secondarily, for all of the other great benefits that it could offer Graham. In this regard, theology should take pride of place as the “queen of the sciences” for where one attends church is a theological decision above all else.