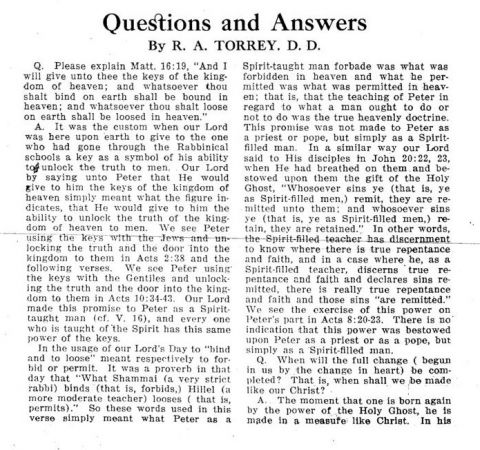 In the usage of our Lord’s Day to “bind and to loose” meant respectively to forbid or permit. It was a proverb in that day that “What Shammai (a very strict rabbi) binds (that is, forbids,) Hillel (a more moderate teacher) looses (that is, permits).” So these words used in this verse simply meant what Peter as a Spirit-taught man forbade was what was forbidden in heaven and what he permitted was what was permitted in heaven; that is, that the teaching of Peter in regard to what a man ought to do or not to do was the true heavenly doctrine. This promise was not made to Peter as a priest or pope, but simply as a Spirit-filled man.