Nuns fret not at their Convent’s narrow room; 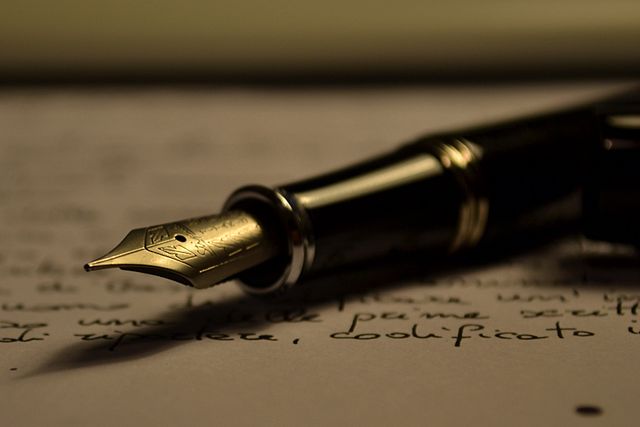 And Hermits are contented with their Cells;
And Students with their pensive Citadels:
Maids at the Wheel, the Weaver at his Loom,
Sit blithe and happy; Bees that soar for bloom,
High as the highest Peak of Furness Fells,
Will murmur by the hour in Foxglove bells:
In truth, the prison, unto which we doom
Ourselves, no prison is: and hence to me,
In sundry moods, ’twas pastime to be bound
Within the Sonnet’s scanty plot of ground:
Pleased if some Souls (for such there needs must be)
Who have felt the weight oftoo much liberty,
Should find short solace there, as I have found.

A lovely poem, this. At once an apology for poetic form and a commendation of the freedom of constraint. Wordsworth takes for granted that for which we must argue and fight. His is a world of settledness, one in which people know their places. It is a world in which a poet need only be called to align himself with the grain of the universe, to do what all others seem to do with ease and rest content in his station.

Or perhaps Wordsworth’s strategy is a bit more subtle. It’s not as if contentment were ever easier or more difficult than it is here and now. Surely he realize that nuns do fret in their narrow confines, that students chafe at the weariness of thought, that weavers would rather do anything on a Monday than return to their looms.

It is not, then, only the poets who clamor for wide open spaces, who disdain the confines of location and vocation. In fact, I as a reader find myself longing to comport myself as these contented ones do and thereby recognizing my own lack of contentment. Then, I begin to sense myself moving toward that contentment as I witness the movement of an imagination discovering that, “In truth, the prison, unto which we doom / Ourselves, no prison is”. On the contrary, I come to find out. In such a “scanty plot of ground” one may “find short solace” from the “weight of too much liberty”.

This is a poem that does something. The very reading of it invites the reader to find much liberty in a small space.

I have been teaching a course on “Art and the Bible” with the remarkable Jon Anderson. This past week we considered artists as “culture makers”, in dialogue with Andy Crouch’s book of the same name. Crouch writes: “So in a way the Creator’s greatest gift to his creation is the gift of structure—not a structure which locks the world, let alone the Creator himself, into eternal mechanical repetition, but a structure which provides freedom.” All cultural artifacts, says Crouch, poetic forms included, create both possibilities and impossibilities. To write a sonnet is not, for instance, to write a limerick. It is already to embed oneself in a tradition of reflection on life that stretches back centuries. It is to “make something of the world” (Crouch’s definition of culture)—both as one really does make some thing and as one interprets the somethings out of which one makes this new something. To write a sonnet is to traffic in expectations with readers, to dialogue explicitly or implicitly with other poets, to give oneself to cadences and rhyme schemes.

Not that this precludes creativity. No, this simply is the shape of creativity. To write a sonnet is to improvise on a long tradition of shaping words and lines. In his The Improvisation of Musical Dialogue, Bruce Benson speaks of “the elusive mixture of imitatio and variatio that constitutes improvisation”. He argues persuasively that tradition and innovation are utterly and ineradicably intertwined. The virtuosic newness of a jazz solo, it turns out, is as much the product of years playing scales and parroting other people as it is a sign of ingenuity. Or, rather, put it this way: ingenuity happens when one gets so thick with a tradition of music-making that it seems perfectly native to him. That’s spontaneity—simply doing what feels right in the moment, precisely because one has been learned what is right within that tradition.

To write a sonnet is also to overcome the fear of commitment. It is to wed oneself to this way of speaking, to this conversation about the way of the world. But maybe it’s better to eschew poetic form, to opt instead for the freedom of…what? Prose? Yet is prose so much unformed speech, or is it simply a different form with its own set of commitments? Really, to write, even to speak, is to commit oneself. It is, at once, to say one thing in one way and, in so doing, not to say countless other things. It may be that one should mourn those unsaid things; but if so, one should also rejoice and give thanks for the space to say that one thing, recognizing, too, that the forsaking of the unsaid is part and parcel with the cleaving to the said.

Yes, you are hearing the marital overtones aright. I teach college students, after all, so the subject is never far from view as we talk over their lives together. And this is right. In the end, writing and speech are covenantal, like marriage. And it may just be that, the day when my student gets over the vapid pleasure of playing the field, he is ready to write a sonnet.