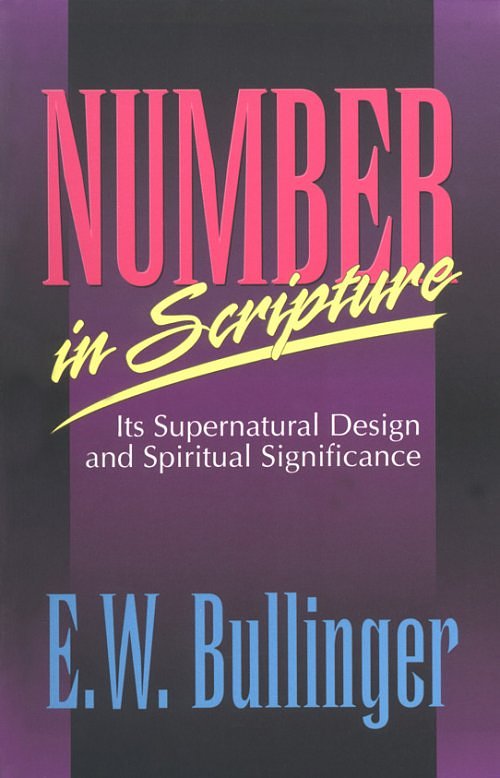 E.W. Bullinger (1837-1913) was a quirky Bible teacher. I would caution anybody against a steady diet of his books, but as long as you’re getting most of your nutrition elsewhere, a little dash of Bullinger can be a piquant spice. You can count on wild uncle Ethelbert (that’s what the E. stands for) to come up with something that the responsible guild of biblical studies wasn’t going to suggest. Things about stars and constellations. About word order. About revelation. About prophecy (Bullinger championed a kind of dispensationalism that made the rest of the dispensationalists back off and say “don’t get weird about this stuff, man”). About structure. About numbers and numerology.

On Number in Scripture he wrote a whole book, and I can say this about it: Most modern exegetes are so nervous about biblical numerology that they refuse to acknowledge it even where the biblical authors are explicitly directing attention to it (with a few exceptions like Austin Farrer and Peter Leithart). Bullinger goes the other direction, seeing numerological significance in places where it cannot be.

He’s good enough with ancient languages and manuscript evidence to avoid the most egregious errors that evangelical numerologists tend to make (like counting word occurrences in English, or building arguments on chapter and verse numbers).  But it’s probably inevitable that, wanting so badly for the numbers to do their gematria dance, Bullinger would follow his program to laughable extremes sooner or later, and one place that stands out is his argument that Paul wrote Hebrews because the numbers work out so nicely:

In this lies an argument for the Pauline authorship of the Epistle to the Hebrews. Without it the Epistles of Paul are only thirteen in number, with it they are 14 (2 x 7).

And thirteen, of course, is unlucky not just because thirteen apostles would be bad, but because Genesis:

It occurs first in Gen. 13:4, where we read `Twelve years they served Chedorlaomer, and the thirteenth year they REBELLED.’ Hence every occurrence of the number thirteen, and likewise of every multiple of it, stamps that with which it stands in connection with rebellion, apostasy, defection, corruption, disintegration, revolution, or some kindred idea.

QED, am I right? It’s hard to tell when Bullinger is being serious and when he is being playful about these proofs. That is one (1 X 1) of the problems with his program.