Citizens of the United States of America are quick to argue that they have constitutional rights – for everything. Citizens defend clearly expressed rights such as the right to free speech, the right to not be searched or seized unreasonably, and the right to peaceably assemble. Citizens are also quick to “invent” rights not stated in the Constitution and defend them as rigorously as the expressed rights. For example, I have heard, while standing in line at one of the mega-stores that I so often frequent, that “all Americans have a constitutional right to know.” Now this statement was made in defense of the paparazzi and celebrity fan magazines, but I do wish someone would show me where in the Constitution, at least, this “right to know” is expressed. After all, I have a right to know about my right to know. 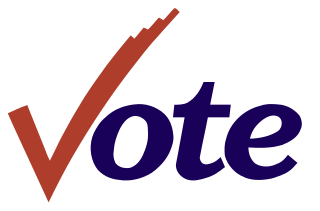 Despite the confusion about constitutional rights, one of the actual rights that United States citizens indeed possess is the right to vote. Representation and participation in government were fundamental principles underlying the rationale behind the Declaration of Independence, and were protected in the Constitution and Bill of Rights when the new form of government was established in the late 1780’s.

Originally limited in scope, the right to vote has been expanded over time as the Constitution has been amended to further protect that right for each Citizen of the United States. The Fifteenth Amendment states that the right to vote cannot be denied based on race or color. The Nineteenth Amendment prevents denial of the right to vote based on sex. The Twenty-Fourth Amendment eliminates poll taxes, or any tax, which would prevent a citizen from voting. And the Twenty-Sixth Amendment lowered the voting age to 18. There is even an amendment to the Constitution that is aimed at making the Electoral College more effective; although, arguably, this amendment does not make the Electoral College any easier to understand.

The amount of focused attention given to the preservation of this right in the Constitution emphasizes its importance to the Citizens of this nation and the responsibility it confers on the Citizens of this nation. On November 4, as Citizens, you have the opportunity to actualize the founding principles of representation and participation by casting your votes for those who will have the responsibility of government on behalf of the people.

Educate yourself and then embrace your right.
Go Vote.

After graduating from Georgetown Law, Jamie returned to Biola University as a professor to continue the life of the mind in community. Her other hats include wife to Andrew and mother to daughter Miah. Read more about Jamie here.