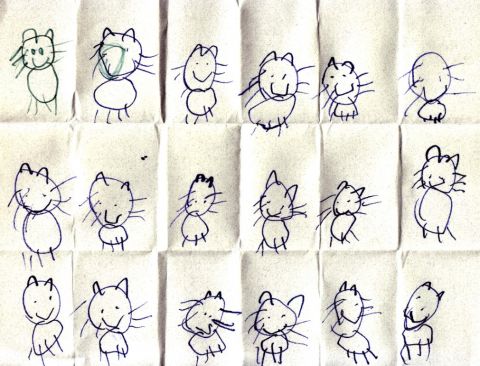 Phoebe Age Five recently accepted the challenge to draw 18 cats as fast as she could. She completed the task in well under five minutes, and the result is a set of cat drawings with a striking range of compositional choices. In drawing, composition is the art of arranging visual elements on a page. It is of more fundamental importance even than draftsmanship or rendering, because no matter how well you can make your drawing look like something, if it’s positioned badly on the page it’s still not much to look at. Think all you want to about the size, shape, and texture of a mark, but if you put it in the wrong place, or in the wrong relation to the other marks, it’s just a bad drawing.

Consider the basic elements of the kind of cat drawn by Phoebe Age Five. There are seventeen elements: Two circles, two dots, two triangles, ten short lines, and a curve. Here is a schematic representation of the elements arranged as straightforwardly as possible. In one sense, this is the optimal arrangement of the elements. On the other hand, who would want to look at this, especially eighteen repetitions of it?

Variation in composition is what takes these elements to a higher level of interest. Slide the circles around, increase the size of one relative to the other, and skew the other design elements. What you get is a different cat altogether. Or eighteen different cats, with the suggestion of many more possible cats. 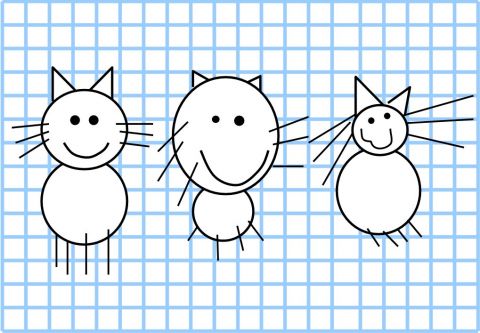 To turn now from criticism to the work of art itself, feast your eyes on the eighteen variations on cat composition generated by Phoebe Age Five. No two are alike. Each could be named for its expressive powers and personality traits. Look for cats we’ve nick-named Mischief, Whiskers Whiskers Whiskers, Take a Bow, Canter, The Penguin, Earless Wonder, Big Head Bo, and MmmKbye. Eighteen individuals here. 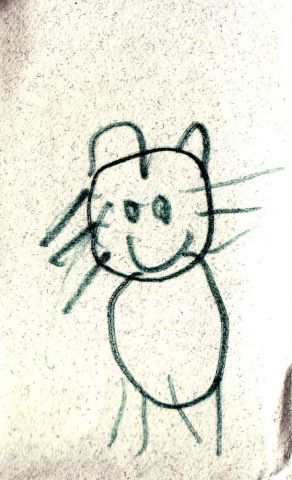 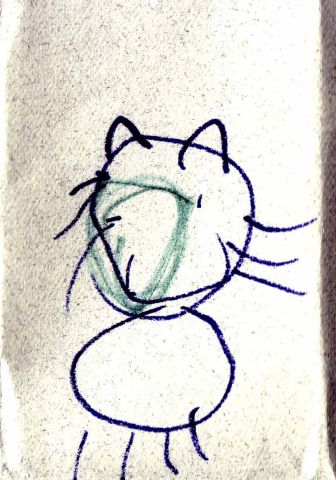 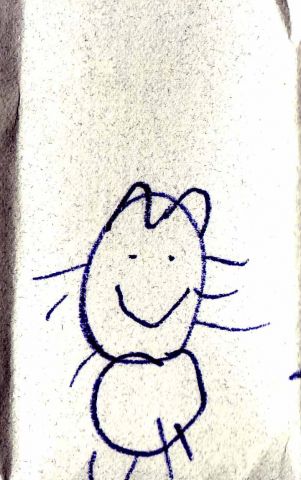 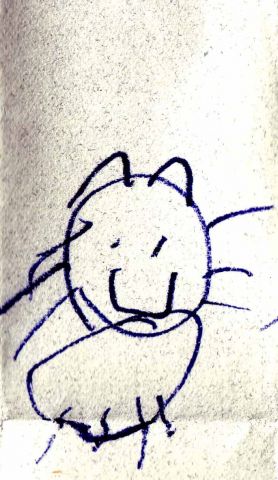 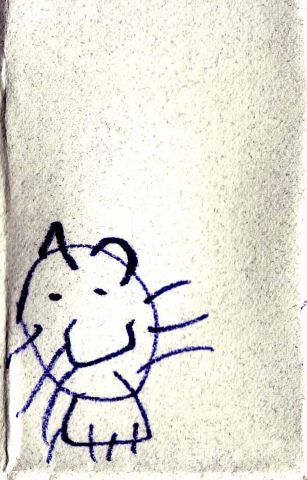 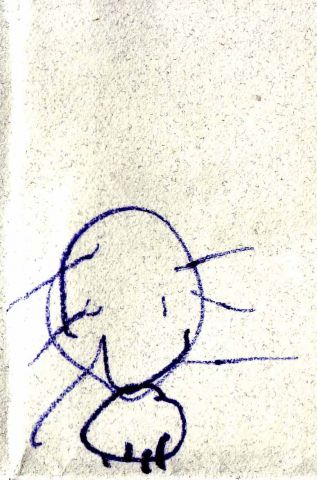 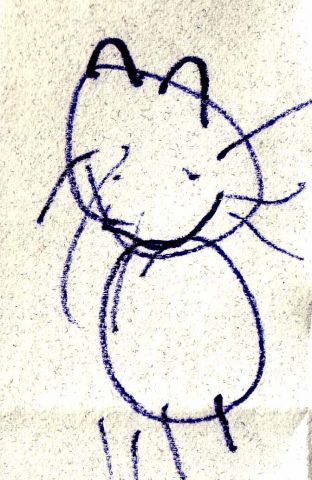 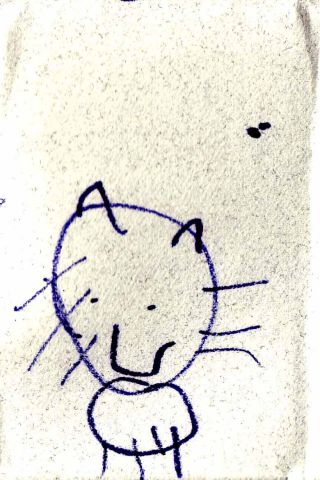 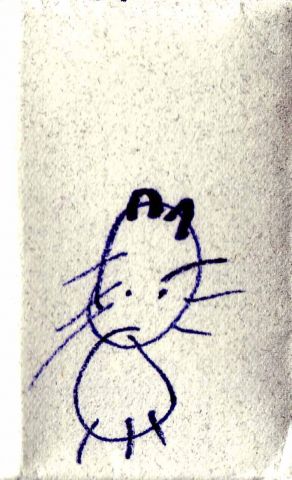 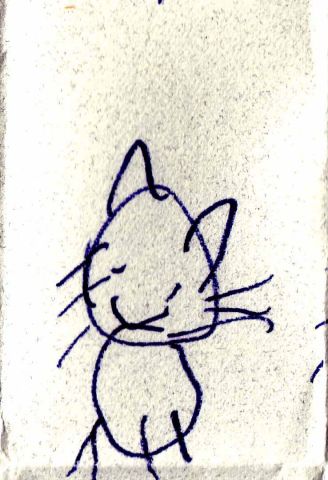 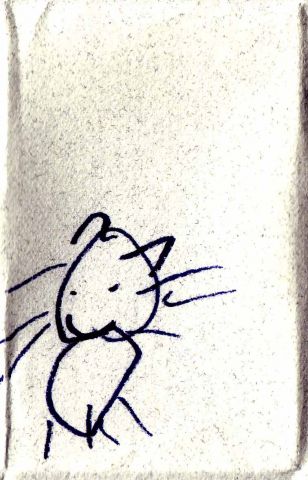 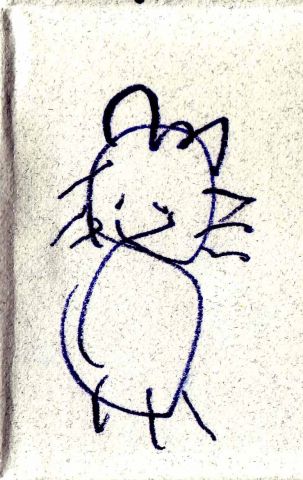 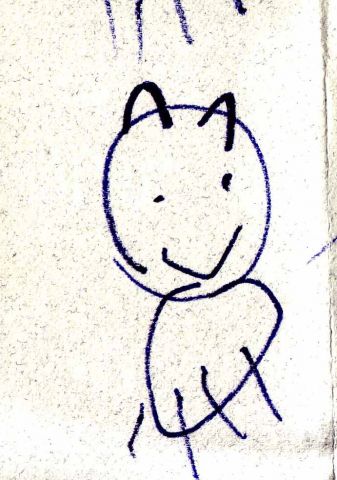 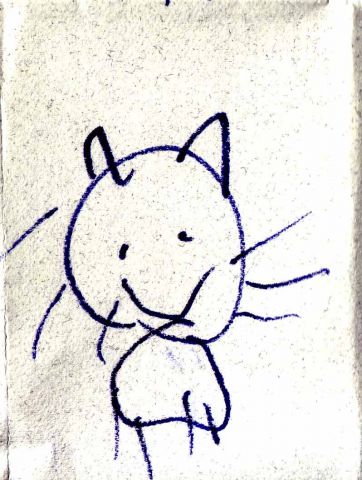 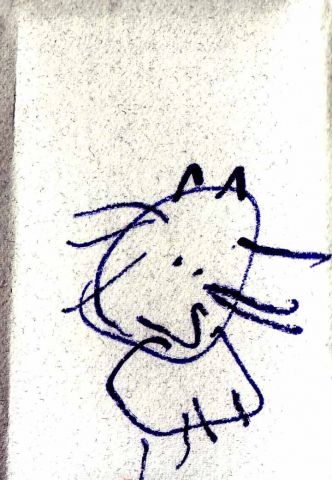 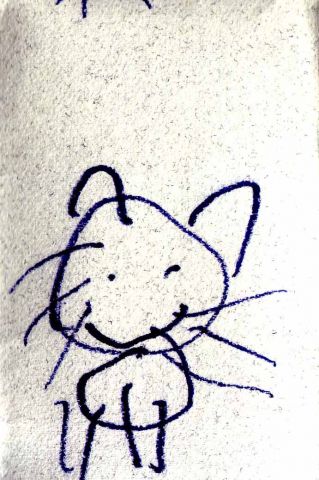 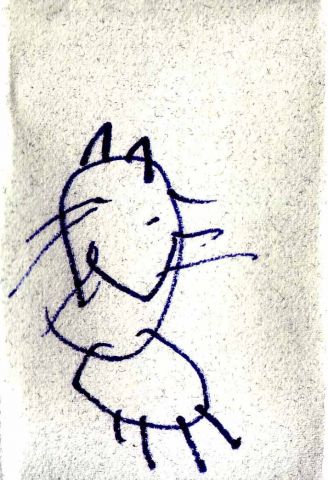 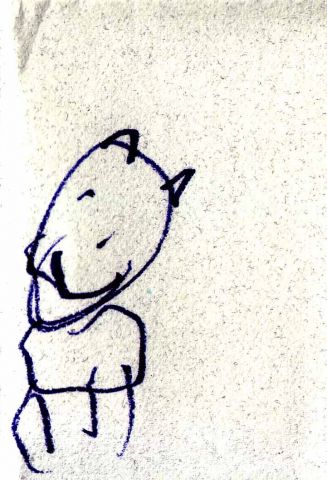