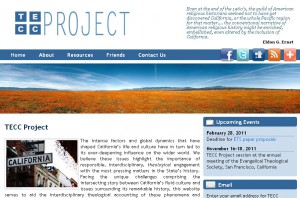 Is there such a thing as a theology of California? I have long suspected that there is, or at least that Christians living in California need to be equipped with a functional theological account of what this state is and what it means for the human spirit. I don’t imagine that every state rises to the level of needing a theological reckoning, but California is not just any state. It’s like, a state of, like, the mind or whatever, dude, you know? Or listen to Kevin Starr’s more eloquent evocation of the California thing:

Where did it come from –this nation-state, this world commonwealth, this California? How did an American state, one in fifty, rise to such global stature, with its $1.5 trillion economy making it, as of 2005, the fifth-ranked economy on the planet? Never before in human history, it could be argued, had such a diverse population assembled itself so rapidly under one political system. By 2004, the Los Angeles Unified School District alone was reporting some ninety-two languages in use in its student population. The city itself, meanwhile, had become the second largest Mexican city on the planet and a ranking Korean, Iranian, Armenian, and Ethiopian metropolis… Not since ancient Rome or the creation of Holland had any society comparably subdued, appropriated, and rearranged its water resources.

What should we say, theologically, about this West-coast entity? That’s the question.

It’s a question that is being asked and answered by a new project called Theological Engagement with California Culture, a multi-year conversation that will draw together theological resources for a series of consultations on the subject. I’m serving on the core group for the project (along with Sarah Sumner and Jason Sexton), and our first major event is coming up in November 2011, coinciding with the fact that the Evangelical Theological Society’s big annual meeting is in San Francisco this year.

The Theological Engagement with California Culture project is putting together a proposed session at ETS 2011 on the theology of California. Click over to the TECC website for details on the Call for Papers, but the main idea is simple: If you are a theologian with ideas about California as a cultural entity demanding a distinctively Christian understanding, send us your idea. We’re looking for a few more good papers to round out our proposed session.

It’s going to be a good conversation about California. We’ve already got distinguished guest Richard Mouw, president of Fuller Seminary, on board to share some of his musings about theological existence in the golden state, a subject he’s been pondering for some time. I will also present a paper about theological insights from the great books in California’s heritage. Who else will we have on board for this first step in the TECC project? Whoever sends us the best paper proposal. And the discussion time afterwards is sure to be an important time for making connections.

Bloggers and academic types, please spread the word for us. See you in San Francisco in November 2011.