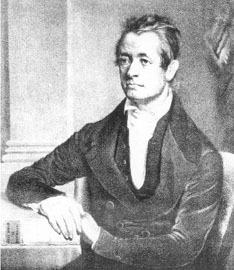 Today (August 9) is the birthday of Adoniram Judson, a great missionary who knew how to change his plans when the situation demanded it.

For example, he intended to be a missionary to India, but when he got to India, missionaries were no longer welcome, and he ended up working in Burma. He wanted to partner with the established British missionary societies, but it was 1812, and we had a little war going on with England, so he had to work with greater independence as an American. And he wanted to work with William Carey, but Carey was a Baptist and Judson was a New England Congregationalist who believed in the baptism of infants.

As Judson and his wife pondered the difficulties of working with a bunch of Baptists in Asian missions, they studied the subject of water baptism intensely. On board the ship to India, Judson became convinced that his own theology of infant baptism was just wrong. So the question of how to work with Baptists turned into the question, “Here is water, what prevents me from being baptized?” He and his wife decided the sprinkling they had received as infants did not satisfy the requirement of Christian baptism, and they were immersed as adults. Judson’s 1817 book on how he changed his mind is, in my opinion, one of the best presentations of the theology of believer’s baptism in modern times.

Now the rest of the labors of Adoniram Judson, how he translated the Bible into Burmese, and converted Ko Tha Byu who went on to evangelize the Karen people, and how he inspired many more missionaries among Baptists and beyond, and all that he did and suffered: are these not all written in the standard accounts of Great Missionary Exploits? Go and read them.

Two of Judson’s own writings stand out as little classics. One is the first evangelistic booklet he wrote in the Burmese language. It is a concise presentation of the Christian religion, which is short but not reductionistic. I especially like the deft handling of the nature of God, the Trinity, and the person of Christ:

There is one Being who exists eternally; who is exempt from sickness, old age, and death; who was, and is, and will be, without beginning, and without end. Besides this, the true God, there is no other God. The true God is diverse from all other beings. Uniting three in one, God the Father, God the Son, and God the Holy Ghsst, these three are one God. God is a spirit, without bodily form. Although omnipresent, it is above the heavens that he clearly discovers his glory. His power and wisdom are infinite. He is pure and good, and possessed of everlasting felicity. Before this world was made, God remained happy, surrounded by the pure and incorporeal sons of heaven. In order to display his perfections, and make creatures happy, God created the heavens, the sun, moon, and all the stars, the earth, the various kinds of brute creatures, and man. … God, being moved with compassion for man involved in misery, sent to the earth, the abode of man, God the Son, the second yadana among the three yadanas [anything superlatively excellent—in the present application it conveys no additional idea, but is requisite in Burman to the intelligibility of the sentence]. The circumstances of his being sent were thus:—God the Son, uniting the divine and the human natures, without destroying or confounding them, in the land of Israel, and country of Judea, in the womb of a virgin, was conceived by the divine power, and was born. This God-man, who is named Jesus Christ, being man, endured in our stead severe sufferings and death, the punishment due to our sins; and being God, is able by virtue of having endured those sufferings, to deliver all his disciples from the punishment of hell, redeeming them with his own life, and to instate them in heaven….

Judson’s other classic short work is a letter called The Threefold Cord, in which he gives advice about spiritual growth. The threefold cord he commends is (1) Secret Prayer, (2) Self-Denial, and (3) Doing Good.