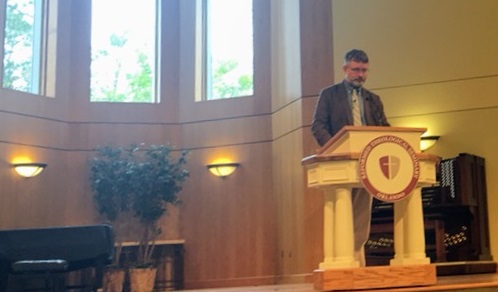 I’ve been thinking about the doctrine of divine blessedness for several years, and in late February I got to gather my reflections on the subject for the 2019 Kistemaker Academic Lectures at Reformed Theological Seminary in Orlando.

Here’s the slightly modified summary text about the four lectures:

The gospel includes the announcement of “the glory of the blessed God” (1 Tim 1:11), and the goal of these lectures is to draw attention to the divine perfection of blessedness. Among the divine perfections, blessedness repays our contemplation especially because of what it says about the totality of all other perfections, because of how it points to the mysterious depths of God’s own self-possession, and because of the way it manifests the inward intensification of the doctrine of the one God into an account of the perfect life of the Father, Son, and Holy Spirit. It is particularly this trinitarian aspect of divine blessedness that we will explore, describing the conceptual tools that support our praise of “God in three persons, blessed Trinity.”

After a general survey of blessedness as a divine perfection, we will locate God’s blessedness fundamentally in the eternal processions within the divine life, and then in its triumphant and saving demonstration in the temporal missions of the Son and the Holy Spirit. Finally we will examine some of the reasons for the partial eclipse of this glorious doctrine in the modern period, attempting to do justice to the concerns of theologians who have preferred to speak of divine pain, but recommending that the path forward for Christian dogmatics is to confess the blessedness of the triune God.

RTS has posted the audio, so give it a listen here. There are four lectures of about an hour each, and also a lunch conversation with Scott Swain. I’ll be writing and publishing about this important doctrine in due course, but for now there’s audio.

The invitation to give these lectures was a great opportunity for me; I would even say I can discern the providence that is at work in the assignment to think and speak carefully about this subject at this time. Thanks to Scott Swain, Michael Allen, John Muether, and everybody else involved at RTS, as well as to everybody who came out to hear the lectures. My wife masterminded a way to combine the business trip with a long-cherished vacation dream of driving the Florida keys and visiting the amazing Dry Tortugas! So many kinds of blessings were wrapped up in this task of theologizing about blessedness itself.

Bonus: Here’s a behind-the-scenes shot of my very exciting prep time, reviewing the manuscript. I write some of my stuff out longhand. Yeah, it’s pretty Wendell Berry of me, he blogged without irony about a photo his wife took on an iphone. 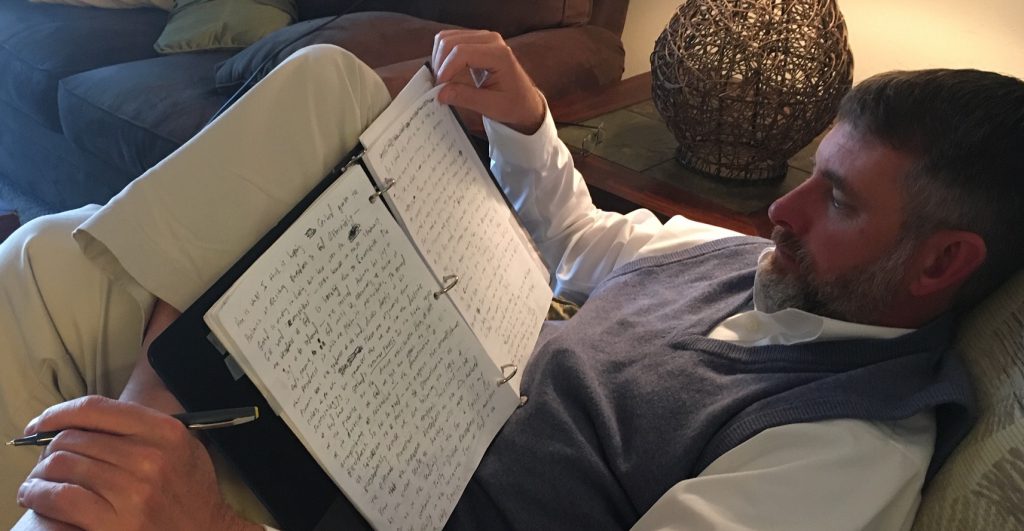