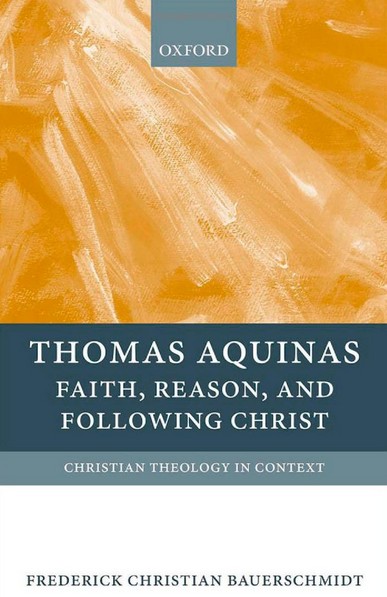 The Oxford University Press series Christian Theology in Context promises to situate theologians in their cultures and histories, to “understand how theologies are themselves cultural products” and how theological texts are “forms of cultural power, expressing and modifying the dominant ideologies through which we understand the world.”

The series description opens with references to the sociology of knowledge and the discipline of cultural studies, and even launches out with a quotation from Karl Marx, reminding us that “life determines consciousness.” As manifestoes go, it sounds pretty subversive of settled orthodoxies.  But the series itself has not been programmatically subversive in any predictable way, proving instead to be an equal-opportunity subverter of orthodoxies, calling into question not only the ancient orthodoxies of Christian doctrine, but recent orthodoxies of critical scholarship. So while it has included some volumes that throw traditional theological figures into surprising cultural relief, it has also carried out its promise of “radically interdisciplinary analysis” by giving us rich readings of theologians in their ecclesial, spiritual, devotional, and in this case, monastic contexts.

Bauerschmidt’s Thomas Aquinas: Faith, Reason, and Following Christ is a book of this latter kind: it serves as an introduction to Thomas Aquinas and an overview of his work, but it does so by situating him a context often ignored. Thomas’ theology is, according to this book, “without reserve a theological project oriented to Dominican ends,” (x) and he is “a theologian who is aware in all that he writes of the evangelical purpose of the community of preachers to which he has given his life” (x). Acknowledging that “depending on the background, different aspects of Thomas’ thought stand out more vividly” (315), Bauerschmidt has tried to show “how Thomas appears when set against the background of the methods and aims of the thirteenth-century Order of Preachers” (315). The result is

a Thomas whose project is more ‘evangelical’ than philosophical –or perhaps philosophical in order to be evangelical—a Thomas for whom Jesus Christ is the one thing necessary, a Thomas who for all his affirmations of the world’s goodness is still a restless wayfarer who yearns for God’s kingdom. (315)

If the inevitable thrust of a “theologians in context” approach is to relativize doctrine, then at least in the hands of a Bauerschmidt the doctrine is being rendered relative to the right thing: the spiritual life of the church in service to divine revelation.

The attempt is successful, the volume is delightful, and the results are fruitful, in particular for putting the evangelical program of the thirteenth century into dialogue with the evangelical program of the twenty-first century. From among many possibilities, I would like to point out two prominent contributions that Bauerschmidt’s presentation of Thomas makes, which are instructive for evangelical theology in particular. The first one will be in this blog post, and then the second in a future blog post.

Contemplata aliis tradere: Handing on to others what has been contemplated.

It is a commonplace of medieval thought that theology is fides quarens intellectum, faith seeking understanding. But in a luminous section of this book, Bauerschmidt shows how Aquinas complemented this Anselmian insight with another phrase, one which he seems to have coined and which subsequently came to characterize the Dominican vocation: contemplata aliis tradere, or “handing on to others what has been contemplated.” For Thomas, theology is both, but the first is incomplete without the second:

The faith that seeks understanding finds its terminus not in the formulation of more and better theological conclusions, but in the simple act of gazing upon divine truth. In fides quaerens intellectum, one moves form the articles of faith through a discursive process to a deeper contemplative perception of the object of faith. In contemplata aliis tradere one moves from that deepened contemplative perception back through a discursive process of rearticulation of the truth that has been seen, so that others might share in the fruits of one’s contemplative insights. (174)

Bauerschmidt uses this spiritual and vocational key to unlock some of the puzzles of Thomas’ career path. Why was he in and out of university posts, serving two separate times in Paris as magister? Why did he return insistently to his vocation as a Dominican friar, such that “Paris and its university… were merely episodes in Thomas’ life,” while the network of Dominican schools in Naples, Viterbo, and Rome were his “natural habitat?” (ix) Why not become a secular master rather than a preaching friar? Why not take the tenured job and the opportunity to write more systematically in the exposition of Aristotle?

Bauerschmidt insists on “the obvious answer,” which is that “Thomas became a Dominican” because he “wanted to do what Dominicans were in fact founded to do: to preach the Gospel of Jesus Christ and to care for souls, primarily through hearing confessions.”

Thomas became a Dominican because he recognized with St. Dominic that, as Jean-Pierre Torrell puts it, ‘to announce what one has understood of the Gospel truth to someone deprived of it is to come to the aid of the worst poverty and to participate in the highest act of divine mercy.” (175, citing Torrell 381-2)

Thomas had a staggering desire to understand the truth, of course. But equally strong was his desire to hand on to others what he had come to learn. In the passage of the Summa where Thomas coins the phrase contemplata aliis tradere, he has been discussing why the contemplative life is superior to the active life. But he presses on to say that the highest life is the one that moves beyond contemplation to the teaching of the fruits of contemplation. “Faith seeks understanding not simply for its own edification, but in order to communicate the mysteries of faith in a way that conforms to the exigencies of rational animals.” (175)

At least two characteristics seem to be connected to the way Thomas conceives of the spiritual vocation of teaching, and both of them would be medicinal for contemporary theology, not least evangelical theology. First, there is a self-effacing character to this contemplata aliis tradere, emphasizing the things contemplated, the fruits of the encounter with them, rather than the personal characteristics of the theologian doing the contemplating or the passing along. Many writers on Thomas have said that he “doesn’t really have a personal style; you have the feeling that for him nothing he writes is his.” In his recent life of Thomas, Denys Turner traced this refusal “to be scintillating” or to draw attention to himself to his Dominican vocation:

Everyone loves to quote the Thomas who says that it is better to cast light for others than merely to shine for oneself, and truly the Dominican motto, contemplata aliis tradere, the passing on to others what one has encountered in contemplation, is nearly as good as it gets as a précis of Thomas’s holiness.

Second, handing on the fruits of contemplation is an approach that keeps just the right amount of appropriate activism in the theological life, yoking our research and teaching directly to at least one of the spiritual works of mercy. Thomas the Dominican, or Thomas according to Bauerschmidt, exemplified this practical or active thrust for theology. It may be mind-boggling to think of the Summa Theologiae as a handbook designed to enable a vigorous preaching ministry, but such it is. If academic theology needs to learn to pay attention to the lives and needs of pastors and ministers of the word at the congregational level, which it can learn by taking on a little of the mendicant’s mindset, it also needs to learn from the astonishing attention span exhibited by the great Dominican teacher of preachers.

The churches of the Reformation have sometimes defined themselves over against the Roman Catholic church as confessing churches, churches that stand before God and are summoned to speak the truth to him and then about him, in distinction from the Roman magisterial stance of ecclesia docens, the authoritative church that hands down teaching to the people. There is a contrast of posture even when the substance of the doctrines is the same: Reformation churches look up to God and speak openly before his face, while the Roman church looks down responsibly to those who it is charged with teaching.

Whatever gestural indication of the truth this contrast may evoke, it is an overdrawn contrast and  has fallen out of fashion as “comparative symbolics” has declined. I only bring it up to indicate the way Roman Catholic and Protestant evangelical theologians may differ in their application of “handing on the fruits of meditation.” Protestant evangelicals have much to learn from Thomas about this vocation of the theologian. When we have learned this well and truly appropriated it, no doubt it will take on the Protestant inflection, and perhaps will be manifest in our theology as “passing on the fruit of confession.”