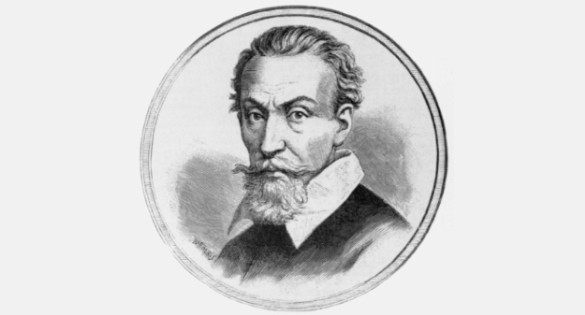 Claudio Monteverdi (1567-1643) was an Italian composer whose music, both secular and sacred, was influential in the transition from Renaissance forms of music to the Baroque period. He is well known for his use and development of two different styles of composition: Renaissance polyphony and the Baroque basso continuo technique (i.e., musical parts that provide the harmonic structure of a composition). He also wrote one of the earliest operas, which he called L’Orfeo. After working as a musician in the Gonzaga family court in Mantua he moved to the church of San Marco in Venice as conductor. He married in 1599 and had four children, but his wife died in 1607 giving him the opportunity to become a Roman Catholic priest in 1632.

In 1610 Monteverdi wrote the Vespro della Beata Vergine (Vespers for the Blessed Virgin), made up of the standard portions of a traditional vespers service (i.e., evening prayer) as well as four motets (or concerti). Whether or not the Vespers was originally written as one piece or whether Monteverdi assembled different pieces together to form the composition is debated among musicologists. It is certain that at this point he was unhappy in his employment in the Gonzaga court so some believe that he wrote the Vespers as a kind of musical CV or business card, demonstrating his skills of composing sacred music in an attempt to find a better job. If that’s the case, it worked!

What is unique about the Vespers is the presence of the four motets, which are not included in traditional vesperal compositions. In my opinion, two of these motets are what make the Vespers such a beautiful and profound work of art. The first motet to note is entitled Duo seraphim (Two Seraphim). Though the text is mostly biblical (see Is. 6:3), it is attributed to Francisco Guerrero (1528–1599). This motet begins with two seraphim praising God together:

Then, in the midst of this hymning to God, the angels say to one another (and remind the listener) that there are three in heaven who give testimony to their own holiness. That is, God does not rely only on the created order to affirm his divinity and holiness but does it himself simply through his self-existence:

Musically this truth is reflected by the motet beginning as a duet. However, at the mention of the Trinity a third voice enters. The three sing in unison: “and these three are one.” As well, not only are there three voices to represent each person of the Godhead but each of the three voices is a tenor (Tenor, Quintus and Altus/Countertenor), emphasizing the unity of the Godhead. This is also given emphasis in each voice singing the same note on the words “are one.”

In a short six minute motet Monteverdi has communicated several profound theological truths: 1) the angels engage in active worship of God (Heb. 1:6); 2) the Father, Son and Holy Spirit give testimony to themselves (Matt. 3:16-17); 3) the Trinity, of course, consists of three persons but, as we must never forget, they are one (John 10:30). Whoever complained that theology was dull has never taken the time to learn their theology from a composer like Monteverdi!

The next motet in the Vespers is Audi, coelum (Hear, O heaven). This motet was written for two tenors, with the second tenor echoing the first (though this motet also includes a SSATTB choir who enters on the word “All”). Theologically this is a portrayal of humankind’s dialogue with God. The echo is usually sung from a distant place in the performance space to emphasize the aspect of distance between God and man, not relational distance but ontological distinction. One of the beautiful features of this piece is that it repeats the last syllables of the first tenor but with a new meaning. For example, “Gaudio” (“Joy”) is echoed by “Audio” (“I hear”).

Hear, O heaven, my words full of longing and suffused with joy.

I beseech you,
tell me who is she that rises up, bright as the dawn, and I shall bless her.

I shall tell you.

Tell, for she is beautiful as the moon, exquisite as the sun which fills with gladness the earth, heavens and seas.

That sweet virgin Mary, foretold by the prophet Ezechiel, that eastern gate,

that sacred and joyful portal through which death was expelled and life renewed;

who is always a trusted mediator between God and man for the forgiveness of sins.

All!
Let us all therefore follow her, through whom we may with grace deserve to attain life everlasting.

May God the Father,
and the Son, and the mother whose name we invoke, grant sweet solace to the unhappy.

Blessed art thou, virgin Mary, for ever and ever.

I have to confess that I find this motet hauntingly beautiful though its theological content at times goes beyond what I can confess as an evangelical Protestant. Traditionally the vespers service is a Marian service, that is, the virgin Mary is remembered and honored but not to the exclusion of the Son. Audi coelum is a hymn of praise to the mother of God and the first five stanzas do, I believe, communicate good theology regarding Mary. Given that many, if not most, Protestants give Mary less honor than even the Bible does, the motet can serve as a good corrective for the role that Mary has played in the salvation of humankind: Mary is sweet and beautiful because she’s the God-bearer. She was the object of prophecy in the Old Testament and in that manner she is God’s chosen vessel of grace. In the words of the motet, she is the “sacred and joyful portal through which death was expelled and life renewed.” Inasmuch as she is the mother of God, the God-bearer, then she is a portal through which life is renewed and death is expelled. Without Mary (or some other obedient Jewish handmaiden) there would have been no incarnation of the Son of God. Because Mary is that obedient vessel she is worthy of as much reverence and honor as the Bible itself gives and allows.

Where I think the motet goes too far is when it refers to Mary as the “trusted mediator between God and man for the forgiveness of sins.” That, I believe, is a role that is unique not to Mary but to her divine Son (see 1 Tim. 2:5). Therefore, we should not “follow her, through whom we may with grace deserve to attain life everlasting” but rather we must follow her Son, for it is through him that we by grace receive the gift of salvation. It is not Mary’s name that “we invoke” but Christ’s. Mary’s role may have been biologically mediatorial but Christ’s mediatorial role, and only Christ’s mediatorial role, is salvific. Again, Mary is worthy of honor and reverence but only inasmuch as the Scriptures themselves will allow.

In this season of Advent, however, let us allow Monteverdi to be our guide, worshipping the Trinity and anticipating the incarnation of the Son of God, whose physical presence on earth as a man was made possible by the beautiful and exquisite virgin Mary, God’s lowly servant on whom he has looked with favor (Luke 1:48). Give Monteverdi a listen, you will not regret it.