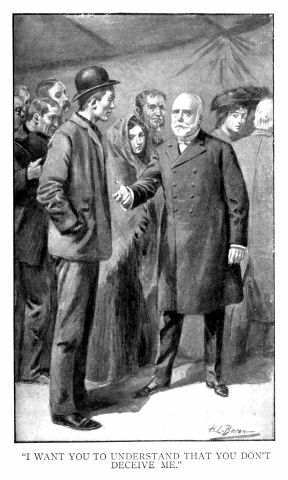 This semester I had the privilege of leading a class on evangelism. It wasn’t my idea. A group of my students in the Torrey Honors Institute asked for a chance to give serious attention to evangelism, so I put together an elective seminar for them.

In addition to covering the standard topics that have to be covered in any evangelism class, we also had a special interest in figuring out how the unique education of the Torrey Honors Institute can be used to improve Christian witness. We didn’t want just a four unit class; we wanted one that would leverage all sixty units of Torrey education, and even the whole Biola University education. How can we redeem the time that we’ve invested in a liberal arts college degree for use in evangelism?

Here is what we came up with in what has been an exciting semester.

Week 1:
Adolph Saphir, The Hidden Life: Thoughts on Communion with God (1870). Saphir, a great nineteenth-century evangelical spiritual writer, draws attention to the fact that communion with God is a rich and deep thing. “Not every mystic is Christian, but every Christian is a mystic,” he says, calling his readers to the experienced reality of revelation and prayer.

Sinclair Ferguson, The Christian Life: A Doctrinal Introduction (Banner of Truth, 1996). In one short volume, Ferguson spells out the order of salvation. Speaking from a Reformed perspective shaped by Puritanism, Ferguson’s book is a faithful presentation of all the elements of soteriology and a strong argument for how they are ordered.

Randy Newman, Corner Conversations (Kregel, 2006). Newman is the sharpest contemporary advocate of a conversational style driven by questions and bent on clarifying fundamental presuppositions. His first book, Questioning Evangelism, made the case for witnessing by asking questions. In this second book, and in person during his visit to Biola this term, Newman took us further into what he calls “rabbinic questioning” and what Torrey students recognize from their Socratic training.

John Teter, Get the Word Out: How God Shapes and Sends His Witnesses (Intervarsity Press, 2003) John Teter’s book is a reflection on witnesses in the gospel of John, and a rich source of evangelistic reflection that takes readers further into the gospel of John. It also recommends and explains evangelistic Bible studies (Groups Investigating God). Teter and some of his ministry partners, including Torrey faculty member Matt Jenson came and shared with the class about taking risks in evangelism.

Erik Thoennes: Barriers to Sharing our Faith. Pastor and Biola prof Erik Thoennes led the class into the heart of sharing the gospel, pointing out how easy it is to get distracted by theoretical issues, preliminary concerns, and theological quandaries. Thoennes has an uncanny ability to recognize attempts at avoiding the gospel (dodges like “witness with your actions, not your words”), and pushed the students to think more practically about getting down to business. Erik is also one of the main people whose ideas I stole as I designed this course.

Michael Green: Evangelism in the Early Church (Eerdmans, new edition 2003). Torrey students read a lot of ancient and patristic texts, so we wanted to make sure to include an investigation into the way evangelism was conducted in the first centuries of the church. Normally we would read primary text (Augustine or Chrysostom, for instance), but Green’s book summarizes so much ancient material so skillfully that it has achieved the status of modern classic, a primary text in its own right. Green’s argument that the early church combined intellectual argument, communities of character, and supernatural empowerment is what gave J.P. Moreland the three corners of his Kingdom Triangle, by the way.

Robert Coleman, The Master Plan of Evangelism (Revell, 2006 edition). It would be hard for me to do an evangelism class without this widely-influential classic. Coleman argues that Jesus is the model evangelist, and that if we imitate him we will gather a high-commitment group of people who desire to be formed by discipleship. This book is focused on conversion, but Coleman demolishes the cozy illusion a cheap, no-follow-through conversion. Evangelist John Rittenhouse led this session.

John Wimber, Power Evangelism (Trafalgar Square, 2000 edition). Biola professor J. P. Moreland and Lance Pittluck, pastor of the Anaheim Vineyard, opened up Wimber’s influential book for us by sharing their own journeys toward recognizing and seeking God’s miraculous power in evangelism. Students in this class spent an average of three hours per week in evangelistic ministry, and their encounters put questions of spiritual warfare and divine intervention on the front burner.

Tim Downs, Finding Common Ground: How to Communicate With Those Outside the Christian Community…While We Still Can (Moody, 1999). I assigned this book to be read by a certain date, but did not schedule a class session on it. My students ended up meeting without me to discuss the book anyway! Downs argues that we are entering a cultural phase in which we need to give renewed attention to sowing Christian ideas and influences, so that we can continue to reap evangelistically in future generations. He especially recommends laboring in the arts and humanities toward this end, which is bound to be good news for college students who are hip-deep in liberal arts classes.

Curtis Chang, Engaging Unbelief: A Captivating Strategy from Augustine and Aquinas (Intervarsity Press, 1999). Curtis Chang’s 1999 book is a kind of keystone for Torrey evangelism: Chang learned from Augustine’s City of God and Thomas Aquinas’ Summa Contra Gentiles a strategy for identifying a culture’s self-understanding in terms of its big story, entering that story, and then capturing it by re-narrating it Christianly. Chang also visited campus and helped talk us through exercises in entering and capturing the stories that drive our cultures.

John Mark Reynolds, Cultural Apologetics as Evangelism. Torrey Honors Institute’s own Dr. Reynolds presented a formal lecture on cultural apologetics and then led a discussion on how to negotiate the clash of worldviews that inevitably accompanies evangelism. Ever the contrarian, Dr. Reynolds called into question the idea that we should avoid Christian jargon when we present the gospel. The class also came to see that if we bring the gospel down to the level of a biblically-illiterate culture, it can only be for the purpose of raising that culture up to an understanding of the gospel.

Week 12:
R. A. Torrey, How to Work for Christ (1901). In print as The Christian Worker (Moody Press, 2001). The Torrey Honors Institute’s namesake, R. A.Torrey, wrote a massive book on how to do personal work, and we read every page. Torrey’s nineteenth-century style included very confrontational encounters (“I accuse you of treason against the high king of heaven”), big-room crusades (with banners saying GET RIGHT WITH GOD), and repetition of key Bible verses (“If he is confused, repeat the verse again and again”). When Torrey told us to rent gospel wagons, we didn’t need to belabor the obvious point that not all of his advice was applicable to the twenty-first century. What was amazing to us was how much we still shared in common, and how much of his wisdom still applied directly to us.

John Bunyan, Pilgrim’s Progress. Bunyan’s book could be used in any number of doctrine classes, but reading it as a guidebook to evangelism, conversion, and discipleship is especially instructive.