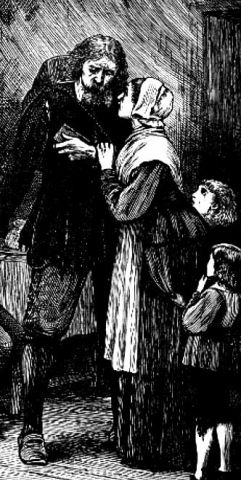 John Bunyan’s Pilgrim’s Progress has been one of the most popular books ever written in English. Samuel Johnson said it was one of only three books which make you wish it were even longer than it is (the others are Robinson Crusoe and Don Quixote). Vincent Van Gogh listed it along with the Bible and The Imitation of Christ as the triad of books that gave him all he needed. It has been translated into hundreds of languages —eighty languages in Africa alone! Samuel Taylor Coleridge called it “incomparably the best Summa Theologicae Evangelicae ever produced by a writer not miraculously inspired.”

I can testify personally that this little book meets its readers at any level and grows along with them. As an elementary school kid, I sang in a Continentals-style musical version of it; as a professor of theology I find it instructing me about the covenant of grace and the ways of biblical metaphor; as a father I’m amazed at how much of it my four-year-old daughter can understand.

But for many readers, Pilgrim’s Progress is a hard book to take seriously, and its simplicity is one of the main things objected to. From the moment that characters named Obstinate and Pliable come on the scene, the message of the book seems to be so overly-obvious, so telegraphed, so PRINTED IN LARGE CLEAR LETTERS FOR THE READER’S INESCAPABLE EDIFICATION, that you can nearly hear the teen-age eyes rolling around in their skull sockets. Let me guess, Mr. Worldly Wiseman represents, um, maybe the wisdom of the world? And Evangelist, I guess he would represent an evangelist. Okay, who’s next?

In a brilliant little seven-page piece, “The Vision of John Bunyan” (reprinted in Selected Literary Essays), C. S. Lewis argues that anybody who has that response to the allegorical figures in Pilgrim’s Progress needs to re-examine their basic presuppositions about reading allegory. Lewis begins by insulting the “imbecile” who illustrated his “nursery copy” of Pilgrim’s Progress. Charged with illustrating the scene of Christiana crossing over the Jordan, this anonymous illustrator had chosen to draw an old woman on her death bed, surrounded by loved ones keeping vigil at her demise. The illustrator was working against the grain of Bunyan’s book: he cashed out the metaphor of “crossing the river to the other side” and depicted the thing the metaphor was brought in as an image of in the first place. A more complete betrayal of text by image is hard to conceive.

“This stupidity,” Lewis muses, “perhaps comes from the pernicious habit of reading allegory as if it were a cryptogram to be translated; as if, having grasped what an image (as we say) ‘means,’ we threw the image away and thought of the ingredient in real life which it represents.” Lewis is not simply worried about what makes for bad illustrations. Instead, he thinks he has caught a helpfully blatant instance of a widespread imaginative failure: “the pernicious habit of reading allegory as if it were a cryptogram.” Aha, says the unimaginative reader, “crossing the river means dying.” Cryptogram solved, code cracked, case closed. If that’s what allegories are for, then we should choose between two reasonable options: We could simply stop using them and just say what we mean. Or we could make them increasingly vague and obscure, hiding that meaning deeper and deeper down under complex layers of encoding. Why bother staying in some middle point between clear and unclear? Either make the meaning clear and apparent, or hide it better. Hence the frustration with meeting characters like Lord Hate-Good in Bunyan: the meaning signified by the allegorical person is so irritatingly close to the surface that the allegorical person should just go away.

But this is where Lewis warns us that our frustration with Bunyan comes from our own faulty expectations about allegory. The cryptogrammatic method “leads you continually out of the book back into the conception you started from and would have had without reading it. The right process is the exact reverse.” Lewis cites as an example the valley of humility: “We ought not to be thinking ‘This green valley, where the shepherd boy is singing, represents humility;” we ought to be discovering, as we read, that humility is like that green valley. That way, moving always into the book, not out of it, from the concept to the image, enriches the concept. And that is what allegory is for.”

This advice (and it’s exactly like Lewis’ advice on reading Spenser’s Faerie Queene) equips a reader with the ability to profit from allegory. You can pick up Bunyan and do more than find illustrations of your pre-existing ideas there. Instead, you can bring your abstract, colorless ideas to the book and watch them take on liveliness and idiosyncracy. You could learn from this book, and set it down with a mind better stocked than before.

This exhortation to approach allegory rightly does not mean that you have to like everything in Pilgrim’s Progress. If, as the ancient critics said, even Homer nods in a few places, we should hardly expect Bunyan to have performed evenly throughout a work of such vigorous invention and wide-ranging observation. But where Lewis was critical of Bunyan, it was not for his use of allegory but for his occasional lapses from it. There are conversational flat spots in Pilgrim’s Progress, the only parts I have to skip when reading to children. “In them,” says Lewis, “the speakers step out of the allegorical story altogether. They talk literally and directly about the spiritual life. The great image of the Road disappears. They are in the pulpit. If this is going to happen, why have a story at all?” We have plenty of John Bunyan’s sermons and doctrinal writings; what advantage is there to having them delivered by characters in an allegory, word for word as they could have been spoken by Bunyan? There is no advantage that I can see. Here in these least allegorical sections, the reader is hearing a sermon rather than a story.

But in most of Pilgrim’s Progress, the long allegorical arc does its work and fills the mind with particular figures whose life is more than conceptual. The spiritual life is an adventure story, and all of us are pilgrims. If we can learn from humble Bunyan to enrich our understandings with the power of allegorical presentation, we might re-orient our understanding of how image, metaphor, and imagination inform our knowledge. We might be ready to return to the more refined allegories of Dante and Spenser and read them as if for the first time, seeking what’s really there for us. We might even become fluent in Bunyanese: how to read biblical metaphor in such a way that it could take us into its own revelatory drama.