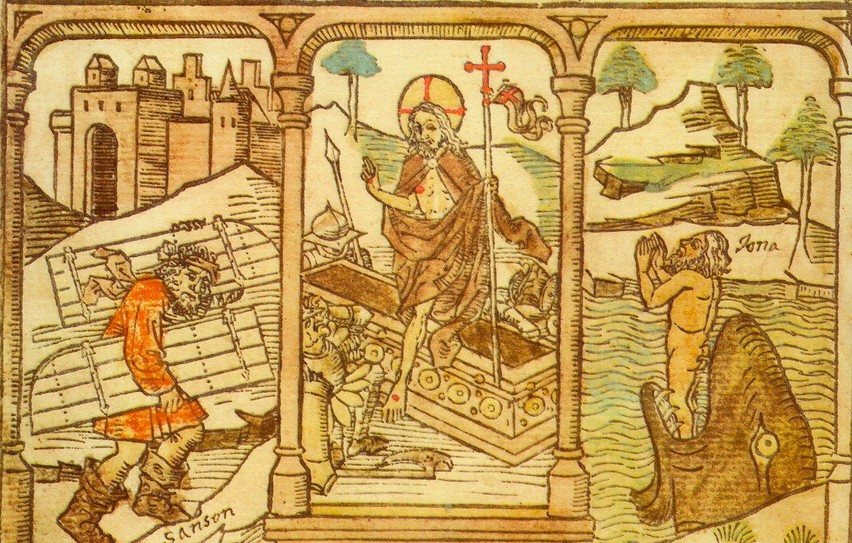 Here is one big idea about the resurrection for you: The Father gives life to the Son.

We know it happened when Christ left the tomb behind. He emerged from darkness and death into everlasting life because the Father had given him life. Christ is risen because the Father gave life to him so fully, so freely, so substantially, that death suffered its mortal wound.

And although a new and decisive thing happened then and there at that moment of history, the life that the Father gives the Son is not a life that started there at Easter. The life by which the Son lives is the life he shares in common with the Father. “As the Father has life in himself, so he has granted the Son also to have life in himself’ (John 5:26). What we read in the gospels is the true account of how that life that was from the Father to the Son came among us, showed itself to us, and carried out its decisive conflict with everything that opposes it.

But the life itself is the life the Father gives the Son in the perfection of God’s own triune being, the sharing in divine life that the Son has from the Father, and always has had, as one way of saying what it means for God to be God. Just as Jesus said to the Father, “glorify me in your own presence with the glory that I had with you before the world existed (John 17:5),” what we see in the resurrection is the Father giving life to the Son, his always-divine-and-now-also-human Son, with the life he had with him before the world existed.

John Webster puts it in this more densely theological way:

What about the Holy Spirit; why is he not mentioned here? There are good reasons, but fear not: he must be present. As the Giver of Life, he is the divine point of contact wherever new life is taking place. He is the inner secret of the Father’s giving of life, both to the eternal Son and to us in salvation history. Whenever you find yourself between the Father and the Son, you find yourself in the Holy Spirit; that is certainly the case when we consider life.  The life is given among us, to one who became one of us, so we can also have it. The same power that raised Christ from the dead is at work on believers, to co-quicken, co-raise, co-exalt, co-enthrone, co-everything. And if the Spirit of Him who raised Christ Jesus from the dead dwells in you, he will also give life to your mortal bodies.