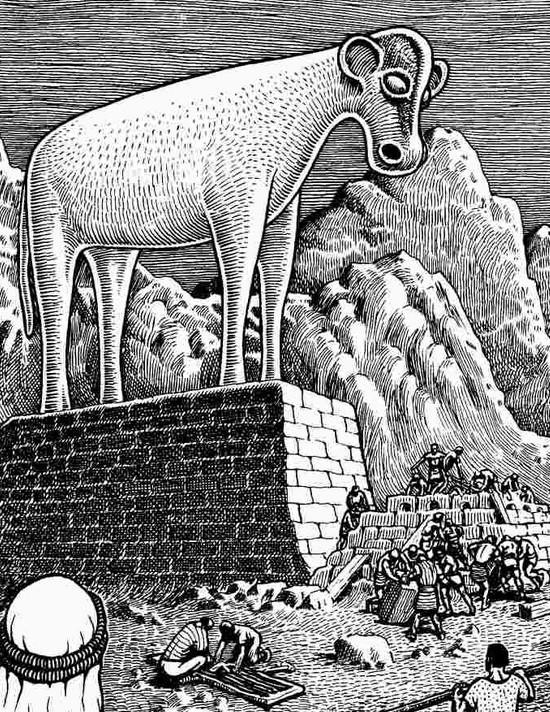 This isn’t a post about how-to-not-fight Calvinists, because a clear theological dispute can be a good thing. It’s a post about how-not-to-fight them; it’s about one specific tactic that I think is both inaccurate and unproductive.

I’ll treat this as an actual theological claim next, but consider it first as a rhetorical trope. You’ve got a good argument going, with some significant issues coming up: the nature of divine sovereignty, the basis of human moral accountability to God, concepts of human agency and freedom, the causal joint, the mode of the efficacy of grace, the character of God, the nature of evil, and more. A cluster of crucial Bible texts are under negotiation. There’s enough agreement about fundamental issues to anchor a productive dispute. Now we’re getting somewhere.

This is a big, blunt instrument when a smaller, sharper tool would have done the job. Real and important issues are on the line in disputes between Calvinists and Non- or Anticalvinists, but the crucial distinctions tend to be small in scale (though large in scope). Especially if you try to account for how Calvin’s interpretation of the Bible’s teaching on election is different from Thomas Aquinas’, or from Augustine’s, or from Luther’s, you’ll find you have to be pretty precise.

If you want to get anywhere in talking about Calvinism, you’ve got to leave the “God of Calvinism” trope in the toolbox; surely there must be something sharper in there.

Another thing to consider about the rhetorical effect of the “different God” gambit is that it’s a cliché. I don’t know who first coined it, but now that it’s out there it’s a portable argument that doesn’t make you sound thoughtful or reasonable when you use it. In fact, you can just let Google autocomplete your argument for you:

But what if we take the claim in all seriousness? What if the Anticalvinist actually means that a different deity is the object of Calvinist worship? I doubt many Anticalvinists mean this. I suspect that the phrase “God of Calvinism” is supposed to function as shorthand for something like “the inaccurate description of God’s character that Calvinism puts forth.” But if so, this is a phrase that would be worth using the long version of,  because the short version is a snare. 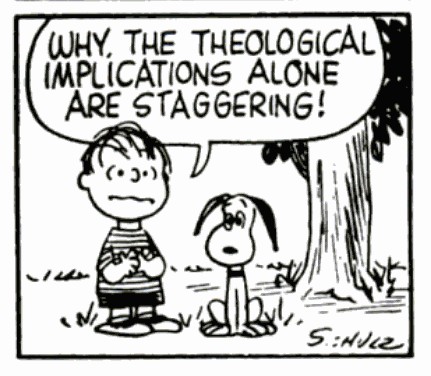 “You worship a different God” is really quite an enormous charge. And if theologizing wrong about something like election is enough to render a theologian a devotee of a different deity, I suppose there must be a thousand other theological errors that have the same power. One false move on the theology test and BANG you’re committing gross idolatry.

That’s my partial (and partially playful) case for why this tired trope should be retired. I do understand why some Anticalvinists use it: they view Calvinism as impugning God’s character, and since this matters more than anything, they want to say so as starkly and arrestingly as possible. But even if that is the goal, it is not served effectively by barking out the cliché about “the God of Calvinism.” It would be more effective to drop this shorthand and spell out more imaginatively what is going on.

A classic example can be found in John Fletcher’s influential Checks to Antinomianism, in which this Genevan protégé of John Wesley took aim at the cheap grace of his era’s militant hypercalvinism.  I don’t think Fletcher is exactly a role model of how to behave in theological polemics –he was a little too easily provoked by extremism in his opponents– but watch how he evocatively brings out the gravity of the contrast between the two theological systems:

O ye honest Shadrachs, who gaze upon it with admiration, see how some Calvinian doctors deify it, decretes Dei sunt ipse Deus, “The decrees of God are God himself.” See Elisha Coles advancing at the head of thousands of his admirers, and hear how he exhorts them to worship: “Let us make election our all; our bread, water, munition of rocks, and whatever else we can suppose ourselves to want” –that is, Let us make the great image our God. Ye candid Meshachs, ye considerate Abednegos, follow not this mistaken multitude. Before you cry with them,  “Great is the Diana of the Calvinists!” walk once around the celebrated image, and, I am persuaded, that if you can make our FREE GRACE written in running hand upon her smiling face, you will see FREE WRATH written in black capitals upon her deformed back…

You may be thinking, “Hey, Fletcher just played the ‘different God’ card.” But I think his attack is different in kind from the dead metaphor of “the God of Calvinism.” He specifies two moves that his opponents have made that leave them open to the charge of theologizing idolatrously: first, they identify the decrees with the divine essence, and second they obsess over them. I don’t suppose anybody will accuse Fletcher of being too cozy with Calvinism. But even he doesn’t just bluntly assert that “the God of Calvinism” is a different God. I think that’s telling.

[This post is a spillover from a Facebook exchange. Thanks to Nathan Mueller and Bob Covolo for interacting there.]