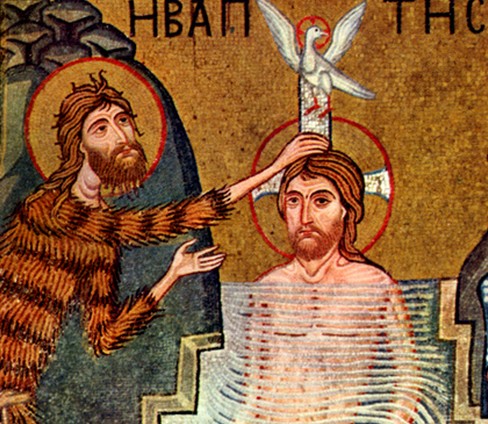 Athanasius of Alexandria occasionally put his own words in Christ’s mouth. But I think it was okay.

Athanasius was an interpreter of Scripture who understood that responsible theological exegesis means asserting that it is possible to know what God means by a given passage of Scripture. On a few occasions, he went a step further and even dared to paraphrase what he thought Jesus intended his words to mean. Then, using a phrase like “what is the Lord saying but this?” he would add his own extended commentary, phrased in the first person.

These first-person structures are not common in the writings of Athanasius –I’ve only found the following ten instances in all his works– but when they occur they are seem to carry a lot of weight in the course of the argument. What’s jarring about them is that Athanasius intentionally uses theologically-loaded language, language more explicitly doctrinal than Jesus would ever actually say int he gospels. It’s helpful to remember the anti-Arian setting of these sentences. Athanasius’ opponents were claiming that Jesus could be understood as meaning, “I am not equal to God, I am a creature of God” and he counter-asserts that Jesus meant the opposite.

Here are the ten instances, without commentary:

De Decretis 21. “I am from the Father, and inseparable from Him.”

*Contra Arianos I:46. “I, being the Father’s Word, I give to Myself, when becoming man, the Spirit; and Myself, become man, do I sanctify in Him, that henceforth in Me, who am Truth (for ‘Thy Word is Truth’), all may be sanctified.”

*Contra Arianos II:47. “My Father hath prepared for Me a body, and has created Me for men in behalf of their salvation.”

*Contra Arianos II:71. “The Father has made Me into flesh, that I might be man.”

*Contra Arianos II.79. “It is made securely, for according to the will of my father, I am imaged in each work, for my name was made in the works. The Lord created me for the works, for my impress is in them; and I have thus condescended for the framing of all things.”

*Contra Arianos II.81. “All things took place in Me and through Me, and when there was need that Wisdom should be created in the works, in My Essence indeed I was with the Father, but by a condescension to things originate, I was disposing over the works My own impress, so that the whole world as being in one body, might not be at variance but in concord with itself.”

*Contra Arianos III:21. “By Our unity may they also be so one with each other, as We are one in nature and truth; for otherwise they could not be one, except by learning unity in Us.”

*Contra Arianos III:22. “And Thou Father in Me; for I am Thy Word, and since Thou art in Me, because I am Thy Word, and I in them because of the body, and because of Thee the salvation of men is perfected in Me, therefore I ask that they also may become one, according to the body that is in Me and according to its perfection; that they too may become perfect, having oneness with It, and having become one in It; that, as if all were carried by Me, all may be one body and one spirit, and may grow up into a perfect man.”

Contra Arianos III:23. “As Thou in Me, and I in Thee. And when they shall be so perfected, then the world knows that Thou hast sent Me, for unless I had come and borne this their body, no one of them had been perfected, but one and all had remained corruptible. Work Thou then in them, O Father, and as Thou hast given to Me to bear this, grant to them Thy Spirit, that they too in It may become one, and may be perfected in Me. For their perfecting shews that Thy Word has sojourned among them; and the world seeing them perfect and full of God, will believe altogether that Thou has sent Me, and I have sojourned here. For whence is this their perfecting, but that I, Thy Word, having borne their body, and become man, have perfected the work, which Thou gavest Me, O Father? And the work is perfected, because men, redeemed from sin, no longer remain dead; but being deified, have in each other, by looking at Me, the bond of charity.”

*Contra Arianos III:49. “For you know not [what hour the Lord doth come]; but I, the Lord, know when I come, though the Arians do not wait for Me, who am the Word of the Father.”