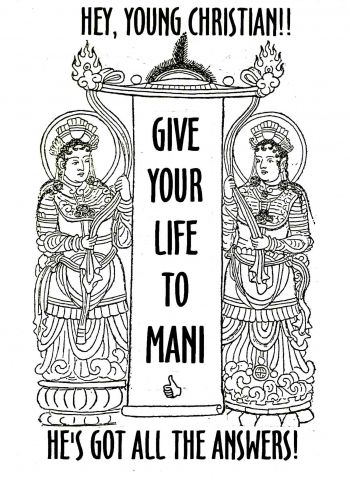 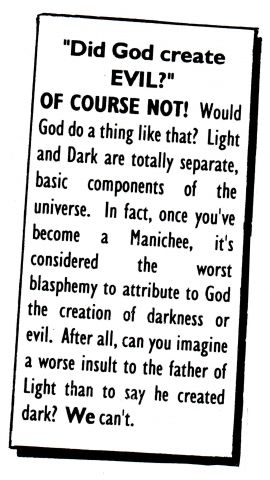 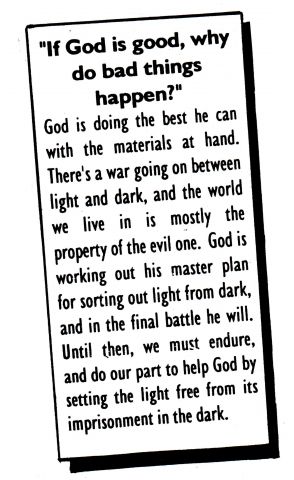 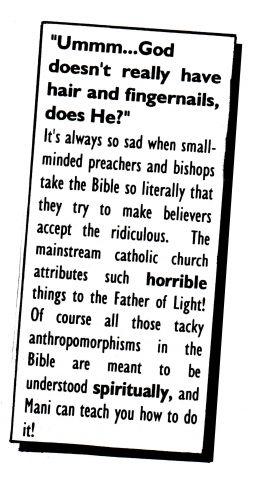 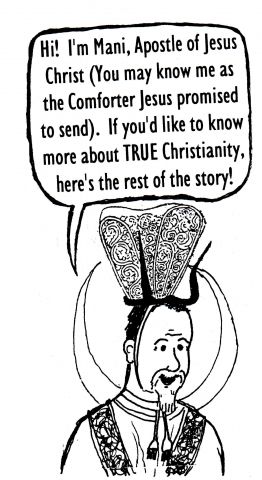 ALL THAT IS … is light and darkness. But in the beginning, the King of Darkness smelled something desirable beyond his Realm…
and invaded the Realm of Light!

The Father of Light evoked Primal Man to defend Light
…against the invading forces, the Archons of Darkness.

And though Primal Man was armed with the 5 Bright Elements, the Archons overwhelmed him. They left him lying unconscious, stripped of his armor…

And the Archons stole the 5 Bright Elements! 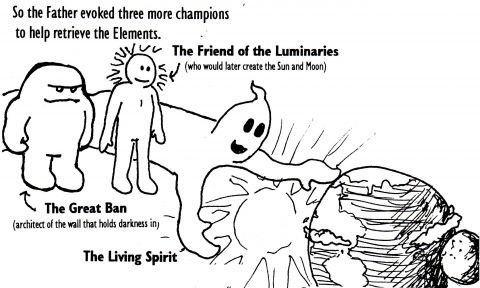 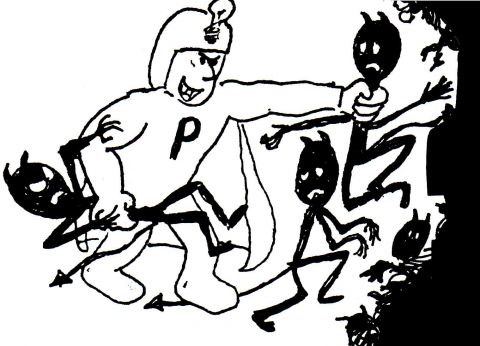 These 3 champions strengthened Primal Man, who descended into the Abyss, cut the roots of Darkness’ power, then returned to the battlefield. This time he thrasehed the Archons soundly.
.
But they had already swallowed the 5 Bright Elements. So he flayed them and tore them limb from limb.
.
From their carcasses he fashioned a wonderful machine for sifting out the Light from the dark. That machine is the World. The natural forces of the earth are always at work extracting Light and reuniting it to the Sun. Every time the sun and moon complete their cycles, they succeed in gathering up more bits of the Light.
.
So efficient was this machine that the King of Darkness feared all the light would soon be taken from him.
.
So he summoned all his powers and created his ultimate weapon, a leak-proof container in which he could hide the Light, safely locked away from the Sun, the King, and Primal Man.

He called this Light-Holder… HUMANITY.
.
If Adam and Eve had stayed celibate, grown old and died, their light would have returned to heaven and everything would have been fine. But NO, they had to go and make millions of little light-trappers.
.
EVERY NEW HUMAN LIFE IMPRISONS A LITTLE BIT OF LIGHT (GOD) AND KEEPS IT FROM RETURNING TO ITS HOME.
.
You’re probably asking, “What can I do to help Light win this great cosmic battle?”
.
THAT’S WHERE YOUR LOCAK ZADDIK COMES IN! 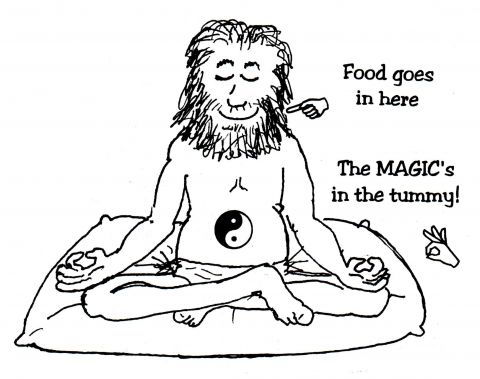 The Zaddik (Hebrew for “Holy One” …also known as The Elect) is on the front lines of the battle between Light and Darkness. He is God’s perfect machine for filtering little bits of light out of material things and releasing them. How he does this is a mystery, but it involves his rigorously ascetic lifestyle, constant prayer, and a divinely appointed diet.
.
The Zaddik needs your help. He can advance God’s cause just by eating melons, but he’s not allowed to pick or cut them himself! All you have to do is get him the right food, and God’s plan will be carried out!

(if any of this confuses you, brother Faustus can explain it. Call him at 1-800-ASK-MANI) 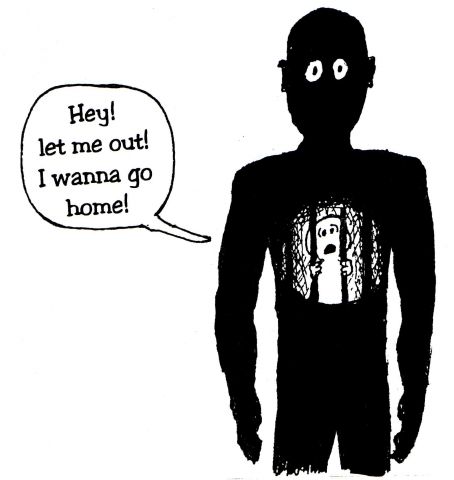 Remember… deep inside of you is a little tiny bit of the primal heavenly light…
and it’s trying to get out!!!
SET IT FREE!!!