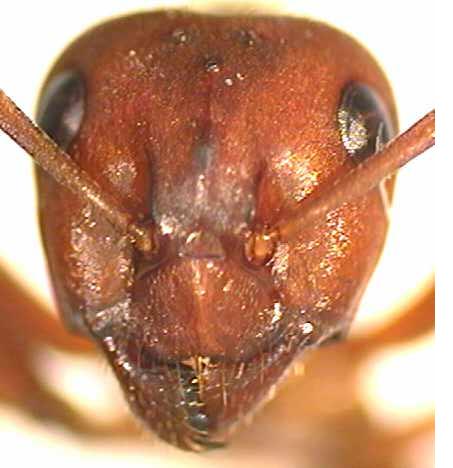 Not long ago my whole family listened to a remarkable audio book. It’s a reading of Evelyn Sibley Lampman’s 1960 The City Under the Back Steps.

It’s a great adventure story about two kids who get shrunk to bug size, and spend a few days working and fighting alongside the members of an ant colony. There is never any plausible explanation of how they shrink: in a stroke of magical realism, it just turns out that queen ants have the power to shrink people sometimes, not so much out of sheer wrath as out of some kind of imperial disdain. It doesn’t make a lot of sense (if ants could shrink humans, how could humans ever destroy any anthill anywhere?), but it gets the story going.

So the two human children, or “mashers” as the ants call them, are ant-sized for the duration. The story moves along briskly, and you get a lot of information about ant life along the way. All the cool ant stuff is here: the hard work of tunneling, the communication through antenna contact, the complex social structure of the colony, the aphids that they keep like livestock, and more. Of the two humans, the little girl fits in pretty well to the colony, while the boy has a harder time proving himself. Why? Because ant colonies are amazonian. Lampman is a skillful narrator, who makes you feel some of the awkwardness of the little boy surrounded by female ants… a predicament which would seem like the least of your worries, compared to being ant-sized and surrounded by talking ants. But Lampman makes it work, and the boyishness of the young American kid is what really marginalizes him. The little girl, by contrast, plays well with others and makes important connections in the colony. Plus a black ant colony fights a red ant colony, deploying a sub-colony of tiny robber ants to steal their food; there’s an epic battle with an ant lion; we explore a sack lunch from a bug’s perspective, and more more more.

“Go to the ant, thou sluggard,” says the King James Version of Proverbs 6. “Consider her ways, and be wise: Which having no guide, overseer, or ruler, Provideth her meat in the summer, and gathereth her food in the harvest.” It’s good to have biblical support for what is probably just a straightforward ant obsession. When I was a kid, I browsed the encyclopedia for fun, but the A volume was the most frequently consulted: it had the ANTS.

Evelyn Sibley Lampman (1907-1980) wrote a lot of books about the Indian tribes of Oregon. She excelled at imaginatively entering the Indian point of view, taking multiple perspectives on complex intercultural issues, and presenting the behavior and attitudes of Indians as plausible and coherent, without collapsing them into underdeveloped versions of white settler attitudes. You don’t have to know that background to appreciate The City Under the Back Steps, but it explains a lot about Lampman’s remarkable ability to negotiate the differences among the ant colonies (a major element of which is the characteristic smells of the two colonies: a strong cinnamon smell for the red ants, and vanilla for the black ants), the other insects they interact with, and the human interlopers who sympathize and respect, but never completely understand the culture they are confronting. Lampman invested most of her writing life in pondering the phenomenon of serious human difference: that there are multiple cultural ways of being human. She transfers all that Oregonian settler savvy to an ant adventure story, with great success.

The City Under the Back Steps seems to be long out of print, so I can’t point you to a good edition of it. But there is a new audio recording of it that is great listening. It was produced and is available through Chinaberry, a kids book catalog company that you ought to know about. For any parent raising readers, Chinaberry is a helpful resource. It was founded in the 80s by Ann Ruethling, who wanted to read books to her toddler but was alarmed by all the bad attitudes, snottiness, violence, angst, sexism, and just generally shoddy writing to be found in the average armload of kids books brought home from the library. She wanted a guide to the good stuff, and ended up making one herself. The Chinaberry catalog comes out 3 times a year now, and the book recommendations in it are very helpful. The editorial team is a set of real people; shrewd readers with strong opinions, and they point their readers to good books that go far beyond just the most obvious choices. More than just a retailer, Chinaberry commissions new products (like this audio recording) and rolls neglected classics back into print. A quirky catalog with personality: Think “J. Peterman Catalog,” but not as over the top, far more helpful, and about kids books.

Scriptorium readers will probably want to be alerted to the new-agey vibe of the Chinaberry spirituality. When “the divine” shows up at all (and the implicit worldview generally tends toward ignoring God as a rather dangerous entity) it’s a kind of Oprah force. On the other hand, Scriptorium readers ought to be able to pick up on that kind of thing without being warned in advance. When it comes to books, the Chinaberry ideology has some major overlap with what Christian parents care about, especially the kind of parents who want to be discerning about the literary and artistic quality (and not just the spiritual tendency) of what their kids read.

Biologist E.O. Wilson has just released a novel about ants: Anthill. It is drawing favorable reviews so far, and I might read it. Mostly because ants are cool. And partly to see if Wilson’s worldview (as expressed in his dreadful book Consilience) can support good fiction.