(Part I was here)

A friend sends this photo from the west African country of Benin. 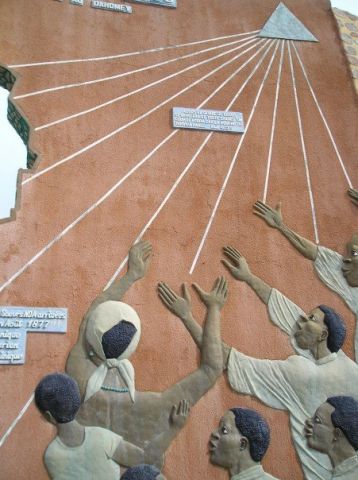 The Benin coast is known as a slave coast, and has a fearsome monument known as The Gate of No Return marking the point of departure. A different monument, this one commemorates the coming of Christianity to Africa. I don’t know much about it, but in its geometric simplicity this is as striking an image as I know of freedom given by the Father, Son, and Holy Spirit.