There are three great mysteries in Christian theology: the Trinity, the incarnation, and the atonement.

And these three mysteries are mega-doctrines, large clusters of theological truth that draw together data from all over the Bible. They are big, too big to find all in one place, so they are represented by words that aren’t directly biblical.  The Bible says “the word became flesh,” but the noun incarnation is a conceptual tool for gathering in that statement (John 1:14) and combining it with all the other biblical testimony to who Jesus Christ is. The words Trinity is likewise an extra-biblical word for a biblical idea, an idea so expansive that you have to take a step back and see the Bible as a whole in order to take it all in. And atonement, though the word itself is biblical (most clearly in the Old Testament), has a special theological meaning when it is applied to the work of Christ on the cross as the center and focus of all God’s ways with fallen humanity.

There is an interesting old tradition of grouping these three mysteries together, especially when teaching about salvation. It’s a wise and wonderful tradition.  Before taking up the topic of salvation, this “three mysteries” approach reminds students that there is a larger horizon of Christian truth behind the experience of salvation. The order is perfect: God the Trinity, Christ the incarnate one, and then salvation. It leads the student’s mind away from a too-narrow consideration of salvation, and takes them on an itinerary into the depths of God. It can be a short trip, a mere gesture at the infinite horizon, a suggestion that something much greater is out there, communicating its own very determinate meaning and purposes. But it reminds us all that salvation is not a topic that can just be picked up and handled on its own terms. Soteriology (the Christian doctrine of salvation) takes all its orders from prior considerations about who does the saving (the triune God), and what resources must be mobilized in order to provide for the gospel (the presence of the God-man). 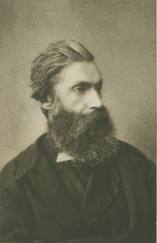 Let us ever with adoring hearts believe in the three unions which the Church of Christ has confessed in all ages. First, we behold Jesus, God and man, two natures in one Person; the Lord of Glory, Immanuel, God with us. Beholding Christ, God and man, we see the Father and receive the Spirit.

Thus we learn to adore, secondly, the eternal and essential union of Father, Son, and Holy Ghost. The Saviour reveals to us the eternal love of the Father; we know Christ as the Word by whom all things were made, as the Only-begotten, loved before the foundation of the world. We know Him also as the Heir, who shall inherit all things. Accepted in the Beloved, and seated with Him in the heavenly places, we adore the love of the Father who chose us in Christ, and look forward to the glory which the heirs of God and the joint-heirs with the Son shall possess. And we know and adore also the Holy Ghost, one with the Father and the Son in eternity, in creation, and in redemption, by whose power and gracious indwelling the Father’s love and the Saviour’s grace are revealed and communicated to our souls unto eternal life.

We believe also, thirdly, the union, which, according to the will of the Father, subsists between Christ and the Church. Of God are we in Christ: the Father is the Husbandman, the Son incarnate is the Vine, we who believe are the branches. The Father is supreme Lord and King, the Son incarnate is the Bridegroom, and we who trust in Him and love Him are the bride. We are members of the Body of which Christ is the Head; and the Head of Christ is God. By the Holy Ghost Christ and the Church are one; He is in them, and they are inseparable from Him in life and death, in time and eternity.

We believe these unions, though we cannot comprehend and fathom them. We have a knowledge and experience of these mysteries in our hearts and lives, an assurance and consolation continually flowing from these eternal depths, and we wait with calmness and hope for the bright and perfect knowledge which shall be ours when we see face to face. Eternity alone can unfold the blessedness of those who know “the name of the Father, and of the Son, and of the Holy Ghost  (Saphir, Christ and the Church: Thoughts on the Apostolic Commission, p. 87-88).

The order is a bit different: Saphir begins with Jesus, which is always a good idea for theology. Then he makes the transition to the doctrine of the Trinity very confidently, with the line “Beholding Christ, God and man, we see the Father and receive the Spirit.”  And when he moves to the doctrine of salvation, he lands on union with Christ rather than atonement. Why does he do this, and what does he gain from it?

In doing so, he runs the risk of de-emphasizing the cross, or of hurrying past it in an unseemly way. But if you read him charitably and in light of his other writings, you know he’s not ashamed of the death of Christ. And he presupposes the atonement as a cause when he sings the praises of union with Christ as an effect. J.I. Packer made a similar move when he said that New Testament theology can be summarized in the three words: adoption by propitiation.

By turning his attention to union with Christ rather than to the atonement, Saphir is going further into the heart of the whole doctrine of salvation. And he also gains the advantage of highlighting the unification brought about, the union or oneness between Christ and his church. Emphasizing atonement is a way of highlighting the great estrangement that had to be overcome to make this union possible, an estrangement that was not an issue in the unions of the Trinity or the incarnation.  Emphasizing union with Christ is a way of highlighting the depth of the unity achieved by salvation. That is Saphir’s goal, and the reason he calls the three mysteries “three unions.”

Either way, this “three mysteries” schema is an excellent method for teaching the doctrine of salvation. Try it.