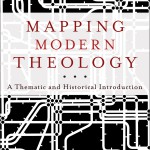 It’s a commonplace in contemporary theology to say that the doctrine of the Trinity was marginalized in the modern period, until it was recovered by Barth and Rahner. The doctrine was kept around, so the story goes, but it didn’t matter to theologians, and didn’t do any real work that made a difference. That’s the story as I learned it, and it seemed to make a lot of sense. It seemed to explain why there’s been a torrent of publications on the Trinity since the mid 20th century. I’ve told the story of the decline and recovery of trinitarianism myself at times, with the two Karls as the heroes and some vague, boring 19th century figures as the villains.

But the maginalization thesis is coming under increasing scrutiny recently, and is not doing well. Upon closer examination, it doesn’t do justice to the full scope of theology in the last few centuries. A number of theologians have been calling it into question lately. I am betting that  Stephen Holmes’ brand new barn-burner The Holy Trinity: Understanding God’s Life is going to be a turning point in the discussion. More on Holmes soon, I hope. By the way, he has just finished twittering the Trinity section of his bite-sized systematic theology at twystematics.org.

Here is my contribution to overturning the myth of the Trinity’s marginalization: Four quotations that I feature near the end of my chapter in Mapping Modern Theology: A Thematic and Historical Introduction. Colin Gunton once pointed out, “in all periods there have been competent theologians, Catholic and Protestant alike, who have continued to work with traditional trinitarian categories while being aware of the reasons that have led others to question, modify or reject traditional orthodoxy.” I figured that if Gunton were right, it ought to be pretty easy to go find competent theologians from the supposedly moribund period, and see if they were adequately excited about the Trinity.

Sure enough, they were. Everything that is routinely praised as belonging to the excitement of the trinitarian revival of recent times is fairly easy to find in older, conservative sources, and there does not seem to be any chronological gap during which serious theological voices were not holding forth on the doctrine of the Trinity with faithfulness and creativity. It’s hard to say what these conservative theologians failed to deliver.

If you’re looking for a treatment of the Trinity that recognizes it as the core content of the continuity of the Christian faith, you can find it in the British Methodist William Burt Pope (1822-1903):

The doctrine of the ever-blessed Trinity is essential to Christianity; there is no Theology, there is no Christology without it… This has been the catholic belief, as the catholic interpretation of Scripture. Whatever exception may be taken to dogmatic definitions, the eternal underlying truth is the life of the Christian revelation.[1]

If you’re looking for a recognition that the doctrine is eminently practical, and is not just a revealed mystery cobbled together in propositional form, you can find it in the American Presbyterian Charles Hodge (1797-1878):

Truth is in order to holiness. God does not make known his being and attributes to teach men science, but to bring them to the saving knowledge of Himself. The doctrines of the Bible are, therefore, intimately connected with religion, or the life of God in the soul… This is specially true of the doctrine of the Trinity. It is a great mistake to regard that doctrine as a mere speculative or abstract truth, concerning the constitution of the Godhead, with which we have no practical concern, or which we are required to believe simply because it is revealed.[2]

If you’re looking for a recognition that the doctrine is organic and integral, revealed progressively in divine actions in history but also emerging directly from Christian experience, you can find it in Dutch Calvinist Herman Bavinck (1854-1921):

The doctrine of the Trinity makes God known to us as the truly living God, over against the cold abstractions of Deism and the confusions of pantheism. A doctrine of creation –God related to but not identified with the cosmos—can only be maintained on a trinitarian basis. In fact, the entire Christian belief system stands or falls with the confession of God’s Trinity. It is the core of the Christian faith, the root of all its dogmas, the basic content of the new covenant. The development of trinitarian dogma was never primarily a metaphysical question but a religious one. It is in the doctrine of the Trinity that we feel the heartbeat of  God’s entire revelation for the redemption of humanity.[3]

And if you’re looking for the doctrine of the Trinity as the theological factor that identifies Christian doctrine as Christian, that specifies who the God of the Bible is and therefore what is Biblical about any of the individual doctrines, you can find it in the American Episcopalian Francis J. Hall (who published from 1908-1922):

The doctrine of the Trinity is the interpretive principle of all Christian doctrine, the ultimate basis of Christian ideals and hopes, and the most vital and inspiring of all the truths which human minds can contemplate. … The doctrine of the Trinity must occupy the central place in any sound or adequate conception of spiritual realities. It constitutes the postulate of the doctrines of the Incarnation, of the Atonement, of the Church, of justification and salvation, and of the coming kingdom of God. If it were shown to be false, these doctrines would have to be modified beyond recognition, and Christianity would become something quite other than it actually is.[4]

Examples could be multiplied, including numerous Roman Catholic writers. With writing like this going on all through the “dark ages,” it’s not really feasible to pretend the doctrine ever went away. In other words, don’t call it a comeback.

The story of marginalization is probably a self-congratulatory fable popular among the less conservatizing heirs of Barth and Rahner. It’s probably a fair sketch of how things looked on the premises of the self-consciously progressive theological culture of days gone by. But for theologians like Pope, Hodge, Bavinck, and Hall, as for most Christians not involved in academic theology, there was not much need for a retrieval of the Trinity, because it was never marginalized.