Once upon a time in Meowsyland, the cat a-meows-ment park known as “The Meowiest Place on Earth,” the cats members were all getting ready for a very busy day. 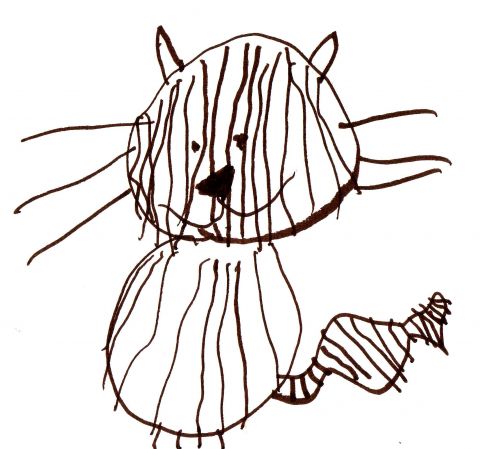 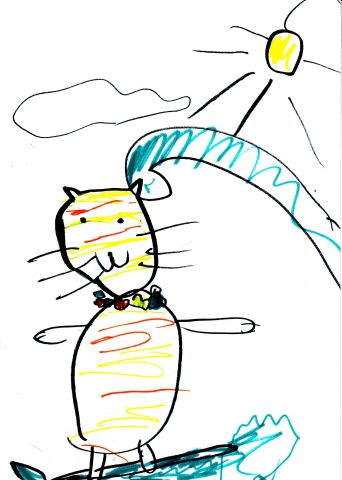 Stripey’s deputy and chief assistant was StripeMahalo, a Hawaiian cat who really came from Hawaii.

There was a lot of work for all the cats members to do to get the a-meows-ment park ready for visitors. Before the sun even came up, the dirty streets needed to be swept and mopped. First, Stripey sent the tiniest kittens out to clean the streets. But they were too slow. So the bigger cats picked them up and used them as mops to clean the street. 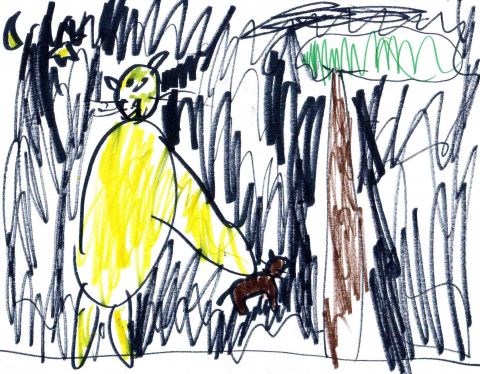 It worked great, and the tiniest kittens got a free shampoo while they scrubbed the streets. 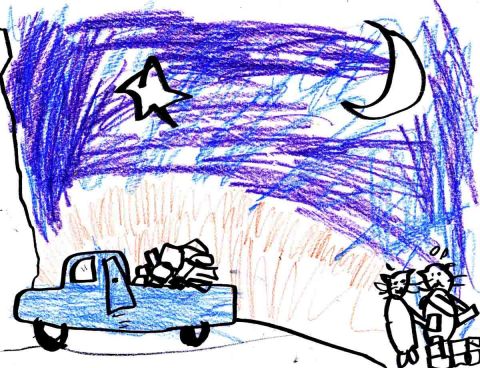 Next, Meowy McMeow’s Restaurant had to be rebuilt. The cats members had to rebuild Meowy McMeow’s every single day: EVERY SINGLE DAY! We will explain why later. 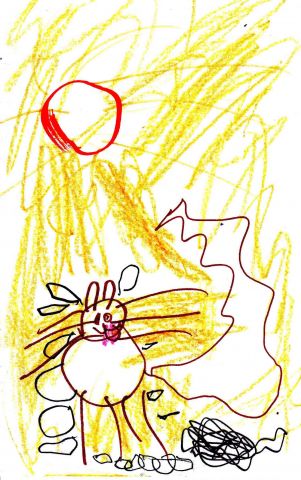 Once the sun came up, the day became very, very hot. The sun was beating down on the hard working cats. They began to sweat a lot, and then they began to pant with their tongues hanging out. One cat sweated so much that it made a swimming pool for mice to swim in, but then he ate the mice.

As the morning got hotter, the cats members got together and told Mayor Stripey that they could not keep working unless he found some way to cool things down.

So Mayor Stripey picked up his special white cat-a-phone and called the Abominable Snowcat. 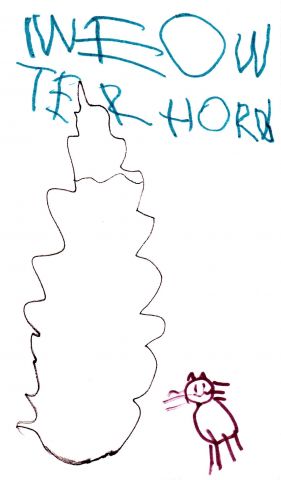 The Abominable Snowcat lives at the top of the Meowterhorn, the tallest mountain in Meowsyland. He lives in an ice cave with his best friend, Gecko Echo Echo. The Abominable Snowcat usually just says “Raaa!” and eats nothing but electric yodeling pickles that make him yodel. Gecko Echo Echo says a lot of things, but he is most famous for saying, “I AM A GECKO echo echo echo.” 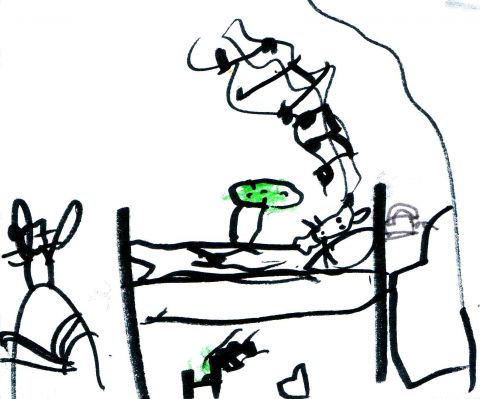 Do you know why the Abominable Snowcat’s eyes are red? Because he can’t sleep, because of the noise of the bobsleds! He is scary to look at, but here is the secret about him. He is just an overgrown cat. He is very big and has lots of hair, but he is just a cat. A cat who eats electric yodeling pickles.

As soon as his ice-telephone rang, the Abominable Snowcat picked it up and said “Raaaaa!” (I told you that’s what he usually said) 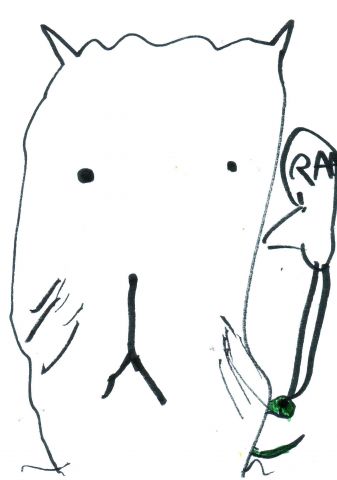 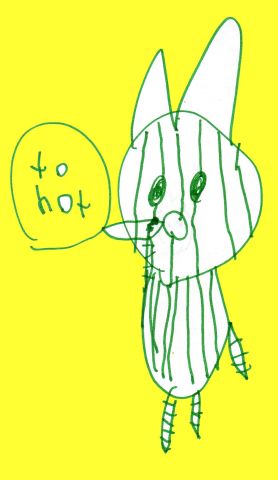 Mayor Stripey said, “It is too hot to work down here in Meowsyland. Can you please ask Abommy (that’s short for Abominable Snowcat) to throw some snow down to cool us off?”

“We’d be glad to ad to ad to,” said Gecko Echo Echo, and as he hung up the phone, he yodeled, “Gooood-byyyye-oooo-aaaaa-oooo-yyyyy-eeeee-aaaaa.” Turning to Abominable Snowcat, he said, “Abommy Ommy Ommy! Mayor Stripey is in big trouble uble uble! He needs lots of cold snow on the double uble uble!” 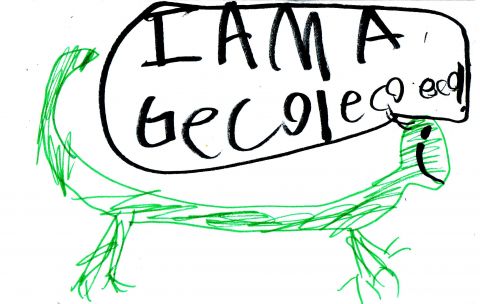 Abominable Snowcat looked worried. He stroked his furry chin and said, “Raaaaa!” What did you think he would say? Then, as fast as he could, he made some gigantic snowballs and threw them over the edge of the Meowterhorn. 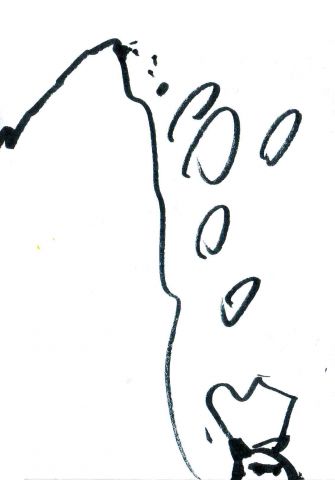 Meanwhile, down below, Golden Kitty was wiping sweat from his forehead and saying, “Meowy wowy, I wish it weren’t so hot. If only I could cool off just a little bit.” Suddenly, a gigantic snowball landed on his head. It exploded and covered the whole street around him with flaky snow. He wiped the snow off his face and looked around. Everybody was getting hit with giant snowballs that were falling down out of the sky.

Now every bit of Meowsyland was covered with six inches of snow. But the Abominable Snowcat was still tossing snowball after snowball down from the Meowterhorn. StripeMahalo said, “Meeeee-OW! It is so cold here now that I miss Hawaii (where I am really from). Mayor Stripey, how can we stop the Abominable Snowcat?” 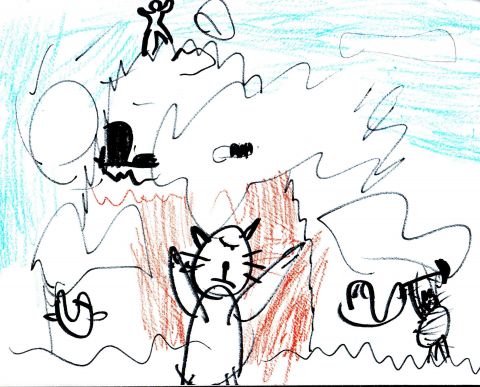 Mayor Stripey said, “I’ll just pick up the white cat-a-phone and call him.” So he dialed the number: 1-800-BOM-STOP.

That’s leaky tire language for, “I have an idea.”

“What? What? What is your idea?” asked everybody.

“Instead of using the cat-a-phone,” said Pussyfoot, “let’s use the cat-a-pult!” 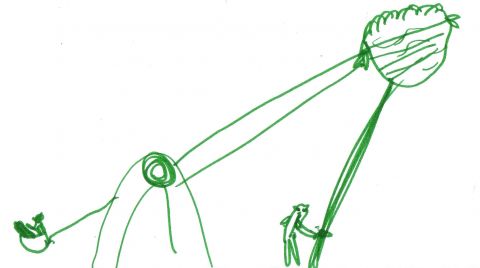 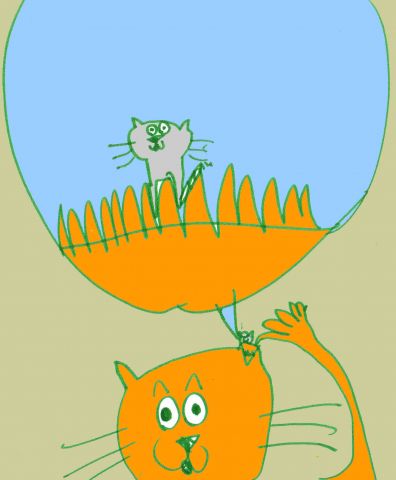 Everybody turned and looked at Little Bo. “Not me,” said Little Bo. “Look who’s hiding behind my ear.” Behind Little Bo’s ear was the tiniest cat ever. His name was Grey Crawler. He was a very brave, very small, very grey cat. He agreed to get into the cat-a-pult.

And it was just in time, too, because by now the snow was three feet deep! 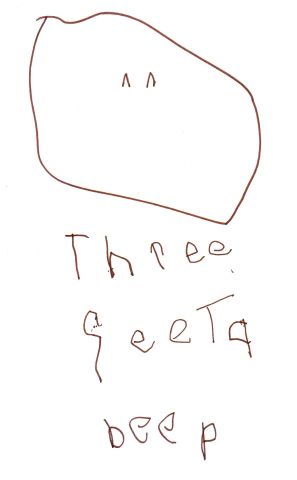 They launched Grey Crawler from the cat-a-pult, and he went zoooooooooming through the air toward the peak of the Meowterhorn.

As he got closer to the place where the Abominable Snowcat was, he cleared his throat and worked up his courage to deliver his message. 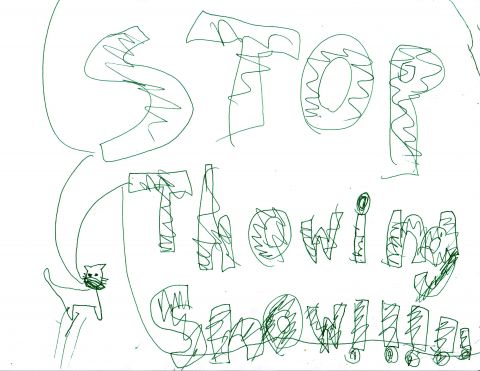 The Abominable Snowcat had one big snowball in each hand, but he heard Grey Crawler and he stopped throwing. He watched Grey Crawler fly by, waved to him, and said, “RAAAAAA!” (What did you think he would say?)

Grey Crawler landed in some nice soft snow. Stripey and the cats members looked around at Meowsyland covered in snow. They decided to advertise that today was a special snowy day in Meowsyland. “We’ll call it Snow Monday at Meowsyland!” he declared. And it was a big success.

(This is the first chapter of a series of bedtime stories I’ve told my kids for a couple of years, which we illustrated this year for a Christmas project. Some of the drawings are by the eight year old, some by the six year old.)