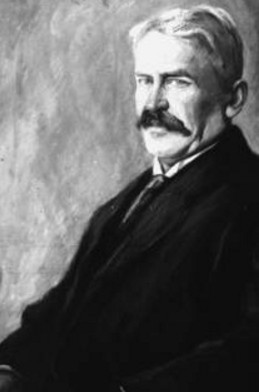 Ernst Troeltsch (1865-1923) was an influential German theologian, whose life project was to work out the logic of the historical sciences in the sphere of Christianity and culture. In his own theological work, he did not think that a thorough historicism would leave any room at all for normative doctrinal claims from Christian doctrine (“The bureau of eschatology is generally closed.”). In fact, though he started his career as a professor of theology, he gladly switched faculties and became a “professor of philosophy and civilization.”

In 1900, the publisher Mohr/Siebeck wrote to him to ask his advice about whether they should launch a new journal devoted to systematic theology. Troeltsch said no:

Systematic theology belongs in general journals…. I do not believe that anyone will have the courage to devote a special journal to it at a time when dogmatic theology is falling apart.¹

In Troeltsch’s view, “dogmatic theology is falling apart” in 1900 because the times had changed and wouldn’t be changing back. The Christian church had only produced dogma when it was going through a sociological phase of establishing itself as a community. Since the modern period had begun, the Christian church had moved into a new phase in which theology could no longer be an authoritative teaching. Instead of a Dogmatik, modern theology would be a Glaubenslehre, a doctrine of the faith. Its authors would confess their own faith by articulating insights in such a way that it sparked further insights in those who read it.

Troeltsch was drawing his conclusions from riedrich Schleiermacher’s reorientation of theology in his epochal Glaubenslehre:

Schleiermacher, who introduced this new concept for the first time into theology proper as a result of the stimuli of modern philosophy and out of his own brilliance, abolished the name dogmatics and introduce the designation, the doctrine of faith.²

99 years after Troeltsch’s letter, John Webster and company launched the International Journal of Systematic Theology, and it has done pretty well.

²Ibid, 202, but Drescher is quoting an article Troeltsch wrote for Religion in Geschichte und Gegenwart.