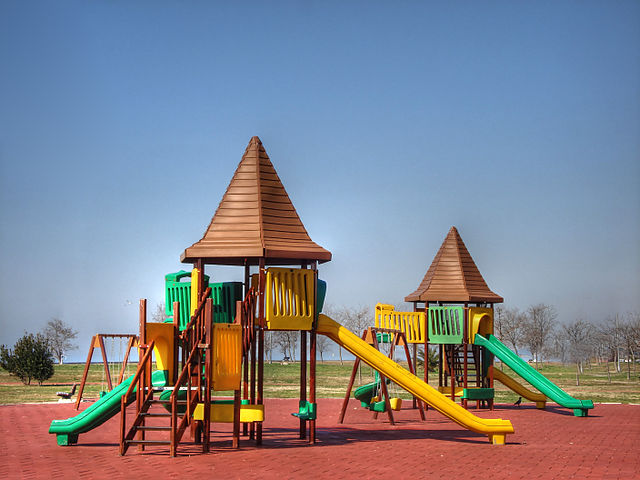 Elementary school is a rather treacherous place to learn to navigate as a child. The first time I ever read Calvin and Hobbes, I discovered a kindred spirit. Calvin’s view of elementary school was akin to an intergalactic prison where the alien life forms torture you for what seems like their own pleasure—at times I resonated with that analysis.

Elementary school is one of the first places that we begin to be, as philosopher Alasdair Macintyre puts it, “inculcated into duty and responsibility.” For example, elementary school children are told from the beginning that it is always wrong to hit others. They are told that if someone hits them they should not act in retaliation and hit back, but that they should tell the teacher.

Similarly, they are told that if someone is “making fun” of them they should not retaliate either physically or by any type of name calling. Again, they are to enlist the aid of a teacher who will act in a judicious manner and justly arbitrate the infraction. So the students are taught that the authority (teacher) must arbitrate school yard spats. If the student who is being bullied takes the conflict into their own hands (e.g. punches someone in the gut) they are violating the social structure of the elementary school and are punished (much to the delight of the bully).

Quickly students find themselves in a dilemma. For example, a student “Bob” knows that the rules of the school are part of the social structure he lives under, and to go against it leads to punishment. He also understands that all bullies know how to circumvent the codes against hitting and name calling. All of us know, mostly through personal experiences at one time or another, that the last people to know or do anything helpful in most cases of schoolyard conflict are the teachers. Additionally, Bob must also deal with the unwritten code of the playground that states, “Even under pain of torture (or even worse being ostracized) you must not tell on anyone (AKA squeal, narc or tattle-tail).”

This dilemma hits close to home with anyone who is a parent. How often children come home crying about a schoolyard scenario similar to the one above, and the parent has no idea what to do. They want to respect the authority (because they too have been “inculcated into duty and responsibility”) of the school, and are unable to think outside of the established social structure. Parents will say, “Let’s go talk to the teacher about this.” And the child will beg the parent not to do it—ultimately, because the child knows how ineffectual at best that course of action is.

This above scenario is indicative of our inability to think outside of the foundational social structures towards actions that actualizes the reality of the situation. Adults know that bullies take advantage of the busyness of the playground to intimidate their victims, but punish the child that justly defends themselves against a bully. This injustice happens because the social structure that is in place is ineffectual at protecting the student from the miscreant (and may even exacerbate the problem), and the parents limit their consideration of the situation to the social structure of the school.

We need to come to grips with the fact that this is only one of the ways in which we compartmentalize our actions based upon socially constructed norms. We are taught to respect the authority of the educational system, and do not question their abilities to maintain order at the school—even as an adult, who should know better.

Until we begin to think beyond our culturally inculcated responsibilities we will find that concepts like justice and truth are only phantoms wrapped up in accepted practices within our culture. It is only when we step outside of cultural expectations that we can see the conflicts that may be inherent in the structure. As moral agents, we must be able to have categories that transcend our own society.

This means that we need to be able to critique from a vantage of truth that is grounded in philosophical and theological principles (e.g. logic and the scriptures). If we want to do what is just and to be merciful we do not have the luxury of accepting in an unthoughtful manner what our national or world cultures tell us is within community standards. Of course, this means that we will be asking questions that by their nature call into account the propriety of the community standards, and this will lead to conflict with those who toe the “societal standard” line.

Christianity necessitates a critical view of “societal norms.” It is important that we do not thoughtlessly allow cultural standards to be the fundamental guide in our behavior. It is very easy to let society think for you, but as time-consuming and convoluted as it often is we must work to properly arbitrate the propriety of the society with the reality of the transcendent truth that comes for the word of God. When we do so we will be able to more effectively arbitrate schoolyard dilemmas as well as treat the widows and orphans properly with the respect and love God demands, and not just throw another ineffectual social program in their direction.

For a more detailed discussion of this topic I would highly recommend “Social Structures and their Threats to Moral Agency” which is in the book Ethics and Politics: Selected Essays, Volume 2, by Alasdair MacIntyre and is the inspiration of this post.