The cartoon adventures of St. Patrick, from a 1947 comic book called Treasure Chest of Fun & Fact. This four-page adventure by George F. Foley tells the saint’s story in a way designed to hold the interest of a young Roman Catholic audience in the USA at midcentury.

Treasure Chest is on my list of Top Five Christian Comics ever, not so much because it was well crafted, but because of the sheer volume of faith-based cartooning that saw print there. This is not deathless literature by any means. Some of it is awkward enough to veer into the unintentionally funny range (my favorite panels below are “we’ll have none of their kind here,” which may have sounded right to Irish immigrants in the late 1940s, but is rather odd dialogue for a military invasion; and of course the “perhaps the shamrock will teach you” panel). But there’s some solid storytelling in here, too, and if you’re starting with no knowledge of the Patrick story, this comic will get the educational job started.

It’s St. Patrick’s day, so as Stan Lee (not a Catholic) might say, face front, true believers!  THRILL TO THE ADVENTURES OF PATRICK, APOSTLE OF IRELAND!!! 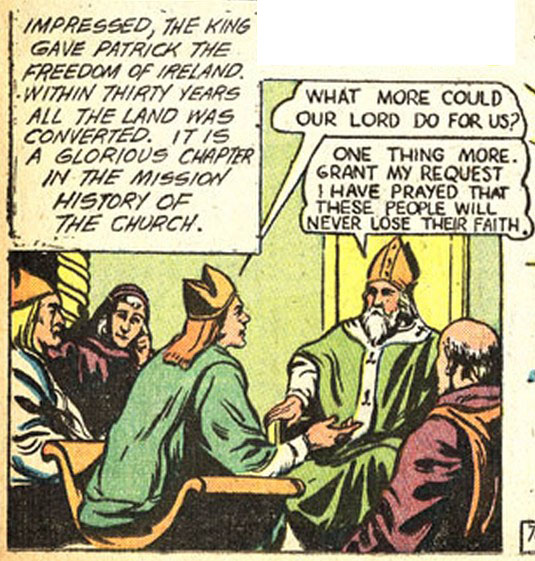 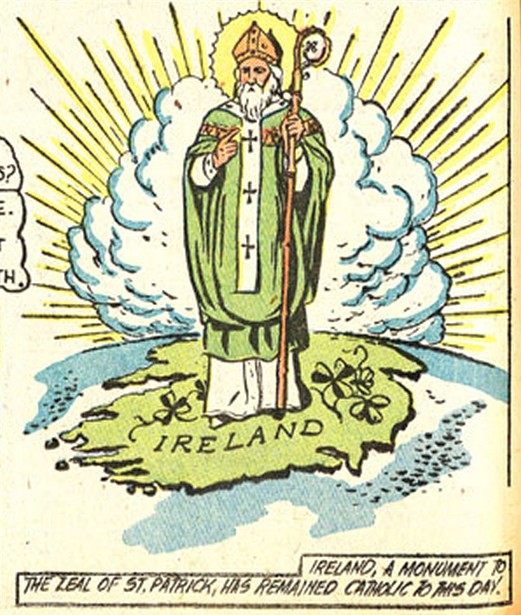