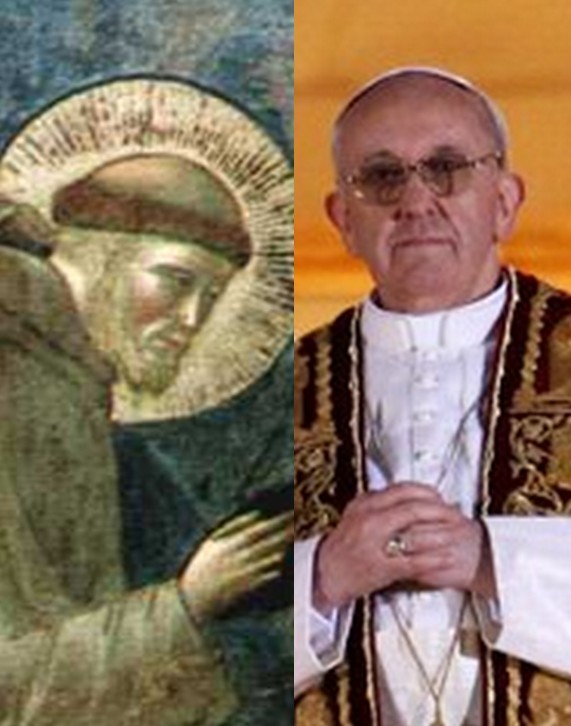 In his first mass as Roman pontiff, Pope Francis delivered a short sermon in the Sistine Chapel in the presence of the cardinals. The sermon was in Italian rather than Latin, and even the Italian was kind of chatty in places (“non parliamo di Croce. Questo non c’entra,” he has the hapless Peter say: “Let’s not talk of the cross; that has nothing to do with it.”).  And did I mention the homily was short?

After eight years of Benedict XVI, I had gotten used to a rather elevated level of papal discourse. Ratzinger was one of the most accomplished and erudite Roman Catholic theologians of the twentieth century, and some of his public statements (Marburg!) and encyclicals (one each on faith, hope, and love) were powerhouses of sweeping intellectual argument. In fact, though I’m no odds-maker for papacies, I kind of figured the super-cultured and plenty-scholarly Austrian Christoph Schönborn would be the logical choice for a successor to Benedict XVI.

Hey, I’m a professional theologian, what do you expect? There were a few years there when Joseph Ratzinger was Pope, Rowan Williams was Archbishop of Canterbury, and N.T. Wright was Bishop of Durham. Heady times! I’m not actually sure that it was the best thing for the religious groups involved, but as a theologian it was at least fun that I had already read the major publications of important church leaders.

But now there is Pope Francis (the Italian version, “Papa Francesco,” sounds both better and worse, doesn’t it?), who is certifiably not uneducated, but is also not cruising along up there at Benedict level. What will he say when he gets the microphone? What did he say?

At this first sermon, he said only about 500 words, a pretty minimal lectionary homily that just connected a few dots between the Scriptures read aloud during the service: Isaiah 2, Psalm 97, 1 Peter 2:4-10, and Matthew 16:13-20. It would be easy for a Pope to weave a triumphalist self-congratulation out of these passages. Instead, Francis simply noted that the passages seemed to share a certain movement. In the Isaiah reading he heard the summons to “walk in the light of the LORD;” in the Peter passage the summons to build up the church, and in the Matthew passage, the dominical summons to confess or profess who Jesus is.

It’s this third point that he insists on: Christians have to say the right thing about Jesus Christ:

One might expect somebody named Francis to emphasize holy living, or productive work. But instead the Pope’s emphasis falls on the verbal: we must profess who Jesus is, or all the life and all the work is empty. Hasn’t Pope Francis ever heard what St. Francis said: “Preach the gospel at all times. If necessary use words”?

Actually, St. Francis never said that. Really, there’s no evidence that he said it. And it wouldn’t make sense for him to have said it, because (a) it’s kind of self-refuting to say sentences about how you shouldn’t resort to words very often, (b) Francis preached a lot, it was kind of his main thing, and (c) Pope Francis is exactly right: without explicit confession of Christ as savior and Son of God, everything else is just vacuous activity in a bleak and hopeless world. You can’t really subtract explicit Christian confession from the St. Francis story, though the unauthorized Francis fan clubs of the ages have tried to do so.

So Pope Francis, in a very short and simple sermon, makes the same point that St. Francis made: Christians need to speak up, admit they’re following Christ, and not confuse the church with just another “pitiful NGO.”

What Pope Francis will say when he takes up the task of making a more public statement for the entire listening world is something we don’t yet know. This sermon was obviously a message to Christians. And it was right on target, because we seem to be moving into an age of reticence, when we need to be reminded to speak up.