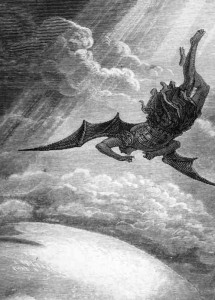 By calling the question of evil’s origin “classical,” I mean that it is a problem that was clearly seen and carefully articulated by the Greek and Roman classics of pre-Christian philosophy and culture in the West. Wesley was a fellow of Lincoln College, Oxford, and had an education that emphasized the Greek and Roman classics. Even when he preached for the common person, he was prone to sprinkle short Latin quotations here and there, and to assume that a little dash of Horace or Cicero would be a welcome addition to a Christian sermon. As a matter of his style, then, classical allusion is a pervasive technique. But classical allusions are far more prominent whenever Wesley takes up this topic. The question comes to him in Latin: unde malum? Whence evil? On the subject of evil’s origin, I believe Wesley used a Latin vocabulary and classical allusions because he habitually framed the topic in terms of pre-Christian reflections. Horace and Cicero were satisfactory dialogue partners in framing the question.

A good place to see this is the remarkable Sermon 62, entitled “The End of Christ’s Coming.” The sermon is on the text from 1 John 3:8, “For this purpose was the Son of God manifested, that he might destroy the works of the devil.” But to illuminate this text, Wesley calls on classical witnesses:

Many eminent writers, heathen as well as Christian, both in earlier and later ages, have employed their utmost labour and art in painting the beauty of virtue. And the same pains they have taken to describe, in the liveliest colours, the deformity of vice; both of vice in general, and of those particular vices which were most prevalent in their respective ages and countries. With equal care they have placed in a strong light the happiness that attends virtue, and the misery which usually accompanies vice, and always follows it. And it may be acknowledged, that treatises of this kind are not wholly without their use.

It will take Wesley some paragraphs to explicate the connection between his text, “to destroy the works of the devil,” and his classical way of expounding it; in due course he will talk about the fall of man and the fall of the angels. But taking his lead from the Roman classics, he sets the question of evil in the context of vice and virtue, which he considers to be a sub-section of the doctrine of human happiness. The question of evil’s origin is, for Wesley, squarely to be located in a eudaemonistic context with ethical implications, because that’s how it has always been discussed, and Christians are joining the conversation.

Wesley knows that pagan insight into ultimate questions was limited:

The best of them either sought virtue partly from God and partly from themselves, or sought it from those gods who were indeed but devils, and so not likely to make their votaries better than themselves. So dim was the light of the wisest of men, till “life and immortality were brought to light by the gospel;” till “the Son of God was manifested to destroy the works of the devil!”

Wesley also knows that the question can only be answered by biblical revelation. But before we turn directly to the biblical answer, let’s look at the kind of answer Wesley was satisfied with in classical philosophical mode.

When Wesley was  26 years old (dec 19, 1729), he wrote to his Father a brief letter from Oxford in which he copied out a concise treatise on the origin of evil.

DEAR SIR, — As I was looking over the other day Mr. Ditton’s Discourse on the Resurrection of Christ, I found, toward the end of it, a sort of essay on the Origin of Evil. I fancied the shortness of it, if nothing else, would make you willing to read it; though very probably you will not find much in it which has not occurred to your thoughts before.

Warm introduction! The text itself, from Ditton’s Discourse:

Since the Supreme Being must needs be infinitely and essentially good as well as wise and powerful, it has been esteemed no little difficulty to show how evil came into the world. Unde malum [‘Whence did evil arise?’] has been a mighty question.’”

Since Wesley was struck by this text at age 26, it may be the reason why Wesley filed the question of evil in his mental catalog under u, for Unde Malum.

There were some who, in order to solve this, supposed two supreme, governing principles; the one a good, the other an evil, one: which latter was independent on and of equal power with the former, and the author of all that was irregular or bad in the universe. This monstrous scheme the Manichees fell into, and much improved; but were sufficiently confuted by St. Austin, who had reason to be particularly acquainted with their tenets.

‘From the nature of liberty and free will we may deduce a very possible and satisfactory (perhaps the only possible just) account of the origin of evil.

‘Farther: it noway derogated from any one perfection of an infinite Being to endow other beings which he made with such a power as we call liberty — that is, to furnish them with such capacities, dispositions, and principles of action, that it should be possible for them either to observe or to deviate from those eternal rules and measures of fitness and agreeableness, with respect to certain things and circumstances, which were so conformable to the infinite rectitude of his own will, and which infinite reason must necessarily discover. Now, evil is a deviation from those measures of eternal, unerring order and reason; not to choose what is worthy to be chosen, and is accordingly chose by such a will as the divine. And, to bring this about, no more is necessary than the exerting certain acts of that power we call free will. By which power we are enabled to choose or refuse, and to determine ourselves to action accordingly. Therefore, without having recourse to any ill principle, we may fairly account for the origin of evil from the possibility of a various use of our liberty; even as that capacity or possibility itself is ultimately founded on the defectibility and finiteness of a created nature.’

That was the whole letter! And Wesley concludes,  “I am, dear sir,  Your dutiful and affectionate Son.”

Though Ditton is no pagan author, note that he is engaging in classical disputation without taking recourse to revelation; he believes he is resolving a classical philosophical conundrum using classical tools. I know of no reason to think that Wesley ever deviated from Ditton’s view of the origin of evil. This is the kind of thing that Wesley thought through once, was satisfied, and assumed for the rest of his life.