Thomas Traherne was born in England in 1637, educated at Oxford and ordained an Anglican priest. During his short life he served as a parish priest and as a private chaplain. He died in 1674 at only 37 years old. During his lifetime he published only one work, the Roman Forgeries but just after his death Christian Ethicks appeared and in the past three and a half centuries other works have come to light, especially his Centuries of Meditations. In this work he develops his concept of “felicity,” which says that self-love inclines toward the love of others. 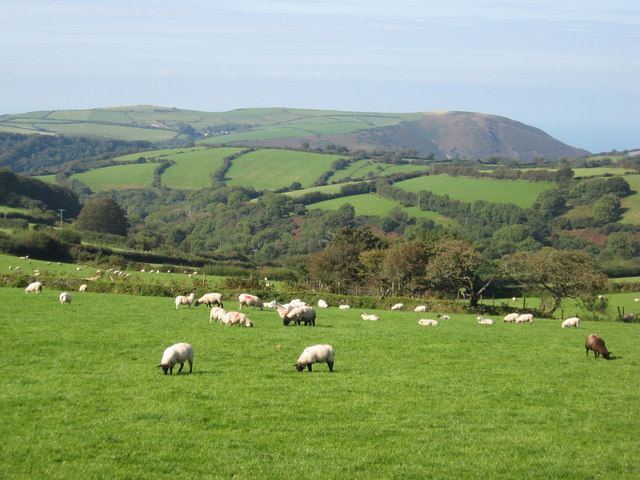 This self-love leads us to a proper enjoyment of all that we love, leading to an enjoyment of God, culminating in godliness or godlikeness. In the Centuries Traherne also imagines that whole soul is educated.

Traherne begins by stating that though he went up to the university to get an education, he got “another education” that he was not expecting. This unexpected education exposed him to “glorious secrets, and glorious persons past imagination.” It was while at university that he realized that studying logic, ethics, physics, metaphysics, geometry, astronomy, poetry, medicine, grammar, music, rhetoric and “all kinds of Arts, Trades and Mechanisms” were actually exercises pertaining to felicity. For it was by way of these subjects that he came to learn of “the nature of the Sea, the Heavens, the Sun, the Moon and Stars, the Elements, Minerals, and Vegetables,” all the things that teach one of felicity. For Traherne, nature is a great teacher about God and by studying subjects in university that are concerned particularly with nature (and what subjects are not in some way concerned with nature?), we are coming to know nature and by extension coming to God in a more proper manner.

However, not everything was ideal during these university days; “some things were defective too.” Traherne confesses that he never had a tutor who intentionally taught him about felicity, which he calls “the mistress of all other sciences.” Rather, these sciences that are able to lead one to felicity were studies as aliena, things foreign to the core curriculum. Instead of seeing study as a strictly theological enterprise with divine ramifications, he “studied to inform [his] knowledge, but knew not for what end [he] so studied.” In later life he was able to see how his study of these topics spoke to the pursuit of felicity after his soul was “awakened to a discerning power of [its] faculties, and exercise of [its] powers.” What Traherne is speaking about is the fact that he was able to get a good education but failed to see its essential connection with a proper pursuit of God, leading to Traherne’s own holiness.

Traherne holds that the “best of all possible ends is the Glory of God” therefore he found himself striving for happiness, a near synonym for the glory of God since “the Glory of God is to make us happy.” The only way that we can be happy and moving towards the Glory of God is for God to give us “most excellent natures” and then for God himself to satisfy those natures. How? By “creating all treasures of infinite value, and giving them to [all Christians] in an infinite manner.” God gives us great and infinite treasures and they are truly great and truly infinite because they are from Omnipotence itself. The purpose of this divine activity of making and gifting is so that humankind can inquire into the excellence of all things, gauging the perfection of their nature and whether they were created appropriately for each person. In short, God is great gift giver and he gives us the greatest gifts. We, like children on Christmas day, realize the greatness and endless amount of gifts given to us and constantly desire to continue opening the gifts. Thus, the purpose of Traherne’s schooling in nature was not to get a job or to learn a craft. It was not because this is what was expected of him between the ages of 18-22. Rather, he was striving after happiness, that is, the glory of God, and he wanted to know if the excellence of all things given to him by the omnipotent God was an avenue for him to procure the happiness for which he longed.

Traherne continues by saying, “[i]t is the Glory of God to give all things to us in the best of all possible manners. To study things therefore under the double notion of interest and treasure, is to study all things in the best of all possible manners.” It is not wrong, believes Traherne, that particular educational subjects can be pursued because of one’s interest in the subject. But he does believe that each area of study has a twofold purpose: to generate interest and specialty and, perhaps more importantly, to lead to the treasure that is the glory of God: “enter into the way that leadeth to all contentments, joys, and satisfactions, to all praises, triumphs and thanksgivings, to all virtues, beauties, adorations and graces, to all dominion, exaltation, wisdom, and glory, to all Holiness, Union, and Communion with God, to all patience, and courage and blessedness, which it is impossible to meet any other way.” You can be a nurse because you desire to be a nurse but you also need to be a nurse because you are enjoying the gifts of God, striving after his glory. Traherne is so adamant about the end to which all study is aimed that he boldly declares “that to study objects for ostentation, vain knowledge or curiosity is fruitless impertinence, tho’ God Himself and the Angels be the object.”

Standing in opposition to this ostentatious and vain pursuit of knowledge is the proper perspective on studies: “to study that which will oblige us to love Him, and feed us with nobility and goodness toward men [and women], that is blessed. And so is it to study that which will lead us to the Temple of Wisdom, and seat us in the Throne of Glory.” Traherne’s message is clear at this point regarding the end for which education must be pursued. Education, all education, is for the purpose of drawing close to God, not for mere knowledge and certainly not to puff one up with pride. For Traherne, education is a divine task, an education for the whole soul. To pursue it otherwise is not to be educated at all.