This week, I submitted the manuscript for the T&T Clark Companion to the Atonement, an edited work with 18 major chapters and 85 shorter essays from scholars around the world, exploring the doctrine of the atonement from a variety of angles. The various essays explore the atonement in its relationship to different doctrines (e.g. atonement and resurrection, or atonement and ecclesiology), a range of topics (e.g. violence, culture and imagination), the thought of different figures (e.g. Irenaeus, Augustine and Luther), and different major portions of Scripture (e.g. the Pentateuch, Wisdom literature, and Gospels). The goal of the book is to equip the reader for further research in the area, by providing them with the key categories, resources, distinctions, etc. Below is the Table of Contents, to whet your appetite.

Contributors to the Companion 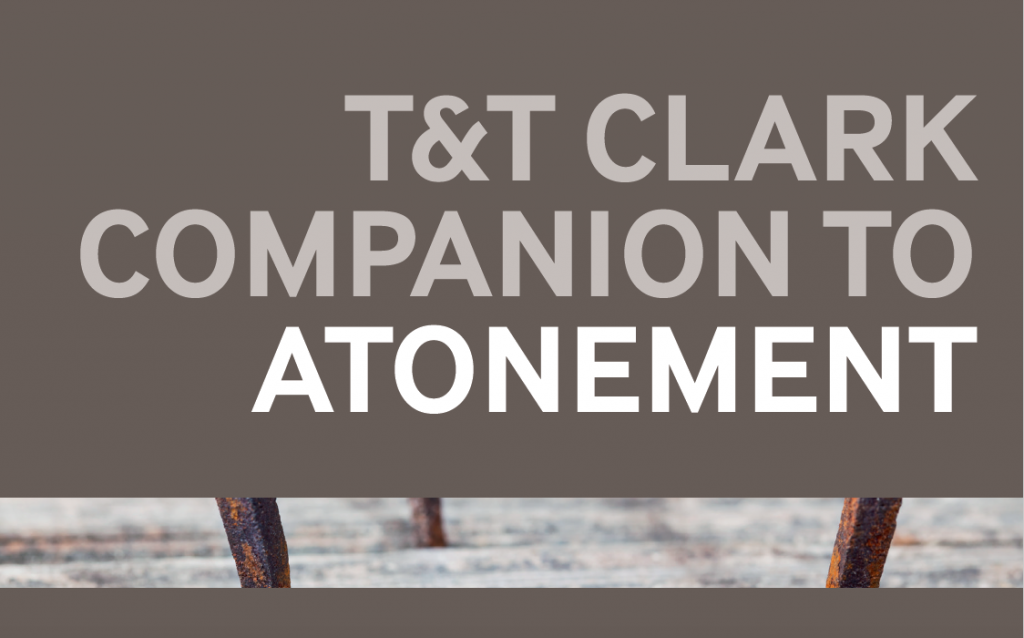 “Atonement: The State of the Doctrine” by Adam Johnson

“These Three Atone: The Atonement and the Doctrine of the Trinity” by Fred Sanders

“Resurrection and Atonement in the Theology of Thomas F. Torrance: Reflections on Why Christ’s Bodily Resurrection is Necessary for a Proper View of Atonement” by Paul Molnar

“The Holy Spirit and the Atonement: On Rightly Relating the Subjective and the Objective Dimensions of Reconciliation” by Christopher Holmes

“Theologies of the Atonement in the New Testament” by Joel Green

“The Atonement in St. Gregory of Nyssa” by John McGuckin

“Against Theory: Calvin on the Atonement” by Paul D. Jones

“Barth on the Atonement: His Development on the Mercy and Righteousness of God” by Shannon Smythe

“The Punishment that Brings Peace? An Examination of the Controversial Idea of Penal Substitution” by Stephen Holmes

“Models and Metaphors in Current Discussion of the Atonement: An Analytic Contribution” by Oliver Crisp

“Crucified – So What? Feminist Re-readings of the Cross-Event” by Arnfríður Guðmundsdóttir

Essays (Topic followed by the author)

Bernard of Clairvaux by Tony Lane

Catherine of Siena by Adam Eitel

Cyril of Alexandria by Donald Fairbairn

Gospel of John by Edward Klink

Ignatius of Antioch by Harry Maier

Imagination, the Arts and the Atonement by Trevor Hart

Kingdom of God by Cynthia Rigby

Luke and Acts by Howard Marshall

Matthew and Mark by Jonathan Pennington

Problem of Evil by Matthias Grebe

Union with Christ by Mark Garcia