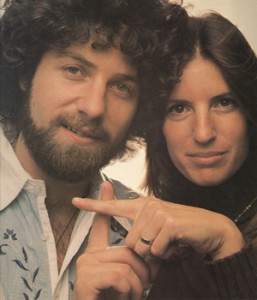 Trinitarian theology is a great and lofty thing; it’s for trained theologians to do very serious work with. But it is also something that is near to every Christian, even in their mouths. An ordinary believer who has grasped the main outline of the gospel is probably operating with a functional trinitarian theology that is, in technical terms, not too shabby.

Consider Keith Green. Not a famous theologian, Green was a big-hearted, passionate artist whose few years of music ministry left us with dozens of original songs. One of those songs is “There is a Redeemer,” a little gem of popular-level evangelical Trinitarian theology that lodged in my mind and heart shortly after I became a Christian around age 16.

“There is a Redeemer,” though short, is more nearly a hymn than a worship chorus. The key lyrics are:

There is a Redeemer,
Jesus, God’s own Son!
Precious Lamb of God, Messiah,
Oh Holy one.

Thank you, O my Father,
For giving us your Son,
And leaving your Spirit
‘Til the work on earth is done.

It turns out that, like “Father, I Adore You,” this song was also written in southern California, also in the 1970s, also by a young woman in her 20s, also recently saved. That woman was Melody Green, wife of Keith Green. The song wouldn’t be performed and recorded until later, on the 1982 album Songs for the Shepherd. But Melody Green wrote it in 1977, after she and Keith converted from being addled, strung-out hippies, to being somewhat less-addled, somewhat less-strung-out Jesus people. In the biography of Keith Green, No Compromise, Melody tells some of the story of their conversion, and it is a fascinatingly Trinitarian conversion.

The Greens were becoming increasingly interested in spiritual things, and began having a recurring Bible debate with a friend. Like most hippies, the Greens thought Jesus was cool. They had even come to think of him as the Son of God, but they apparently took that to just mean “super-cool.” A couple of their friends, on the the other hand, thought that “Jesus is the Son of God” meant that Jesus was fully divine, that he was God himself. “We were confused,” remembers Melody. “If Jesus was God, did that make him his own father? That wasn’t even logical. And why did people worship Jesus when the Bible says to only worship God?”

Then their friend Randy brought up a verse in Hebrews 1 they’d never seen before. “Let all God’s angels worship him,” and “Thy throne, O God, is forever and ever.”

“He sure does. He even calls Jesus Lord a few verses down.” He took the Bible back, and read, God says, ‘Thou, Lord, in the beginning didst lay the foundation of the earth, and the heavens are the work of thy hands.”

Keith was still trying to take all this in, when on the very next night, Randy explained to Keith that the entire Bible was inspired by the Holy Spirit, and that it was all absolutely true. “Then something clicked on the way home, tears filled my eyes and I was filled with the Holy Spirit.”

I’m not sure what “filled with the Holy Spirit” meant to Keith Green at that point (he would later go on to affirm a Charismatic understanding of the term), and perhaps it wasn’t even clear to Green. It meant, at least, that he felt God to be drawing near to him in a new and intimate way. Soon thereafter he wrote in his joiurnal:

Last Monday I discovered the knowledge of the existence of the Holy Ghost. As the personal vehicle through which the Son comes into our personal lives… I feel so strong, my love for the Father and my trust in the Father. I am learning to love the son and only now seeing the need to acknowledge a third entity, Separate in identity, but one with the others in purpose…

The theologian’s heart in me is eager to get in there and help poor Keith Green get some of those statements sorted out a little more precisely. The terms are not quite right, the unity of the Trinity has to be more than just “one…in purpose,” and the whole thing could be interpreted in a highly unorthodox, not to say heretical, way. But Keith and Melody Green were on to something, and their momentum was all pushing them toward the right answers.

The next day Keith agreed to go to church with his friend. Eventually they ended up at a gathering of Vineyard Christians, worshiping God. Melody tells it this way:

As we sat cross-legged on the floor, Kenn led the group in some songs we’d never heard before. Not knowing any of the words, we just listened.

Father, I adore you
Lay my life before you
How I love you

The words just flowed over me. People broke into gentle harmonies that all seemed to weave in and out of each other. I felt a strange sense of peace start to wash over me –a peace that was like the intense emotions I’d felt years before.. only this time it wasn’t coming from a drug-induced hallucination.

Well, the story goes on, and Keith and Melody found deliverance in Christ, got solid doctrinal teaching, and left a musical legacy that still blesses us. The song “There is a Redeemer” got lost in the shuffle for a few years, but resurfaced during the recording sessions for Songs for the Shepherd. Keith wrote a new verse for it, envisioning a time “When I stand in glory, I shall see his face.” Keith was to die in a plane crash later that year.

Songs for the Shepherd also included a cover song, which is something pretty rare: A fountain of new songs like Keith Green didn’t often record other peoples’ music. But the last track on that April 1982 album is Keith Green’s version of a classic hymn: Holy Holy Holy, by Reginald Heber:

(Though not an excerpt, this post is exactly the kind of thing that’s in my book, The Deep Things of God: How the Trinity Changes Everything.)