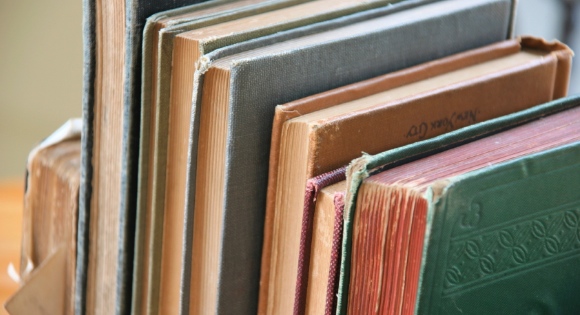 In the Torrey Honors Institute we read Western classics; then we sit in a circle and talk about them. This peculiar form of education (and the list of classic books) can be traced back to the General Honors course offered at Colombia University beginning in the fall semester of 1920. It’s remarkable how many of the elements of the General Honors course remain unchanged in the Torrey Honors Institute almost 100 years later.

The General Honors course was the brainchild of John Erskine, a poet and concert pianist as well as a professor. In France after World War I, he’d come up with a reading program for fellow soldiers, and he was eager to introduce it to undergraduate students at Columbia. He argued that students could be introduced to the great works of Western literature by reading and a discussing a book a week for two years. This seemed a reasonable pace since students would often read a popular novel in a week (and “engage in a hot discussion about it” with their “dormitory mates’), and even epics like the Iliad and the Odyssey were shorter than a novel. He met a considerable amount of resistance from other professors who thought that the classics could not be properly appreciated in translation and that students could only gain a superficial knowledge of them when they were read in such quick succession. Erskine argued back that these books were too good to be reserved for scholarly investigation alone.

In a chapter on “Great Books” in his book My Life as a Teacher, Erskine describes how the junior class at Columbia (all “boys”) was divided into groups of twenty five or thirty which would all meet on Wednesday evenings. Each session met for two hours with two instructors “selected for their disposition to disagree with one another.” In his autobiography, Mark Van Doren (one of the first instructors) adds, “Seminar rooms were used so that students could sit informally around a long table and smoke.” “Few sessions,” recalls Erskine, “stopped talking before the janitor closed the building.”

In the Torrey program, students (male and female) don’t smoke in class, though they sometimes eat since the three-hour sessions are often scheduled across lunch or supper. Some classes have had a table, though we’ve found that a long one makes it hard to see everyone, even though we limit our classes to eighteen. The smaller class size, where everyone can have a chance to contribute, comes at the cost of only having one professor in a session. We have an average of two sessions a week for four years, which allows us to talk about more books.

The primary rationale for preferring this kind of education over lectures from professors is the belief that students can be taught by great books and other students. John Erskine writes:

“Exchanging ideas for two hours, [students] will probably teach each other more about the rich aspects of Shakespere’s genius than any one of them is likely to think out for himself, or any lecture is likely to convey…. Perhaps for the first time they have the basis for an intellectual life in common. Meeting on the campus they need not confine their talk to estimates of athletic prowess or to school gossip. The great writers provide, as Wordsworth said they would, nobler loves and nobler cares.”