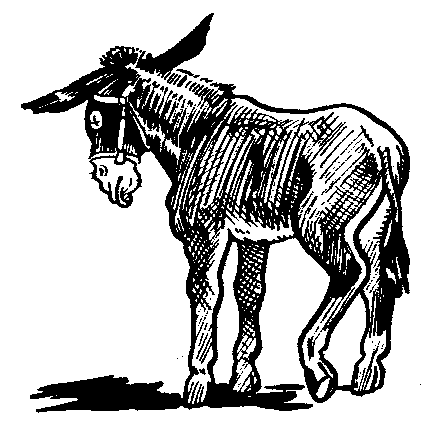 Let’s say you get obsessed with a song. And let’s say it’s an old song, one that’s been around a long time and has been performed so many ways that it’s no longer possible to name any particular version of it as definitive. If you’re like me, that’s when you fire up a Youtube search and start tracing the journey the song has taken.

Tracking a song’s history like this is one of my favorite things to do. No kidding: Start digging at “Louie Louie” or “Sh-Boom (Life Could Be a Dream)” and revelations await you.

And I can never get over how easy it is to do in this modern age: I can remember when this kind of adventure in listening was only possible for hoarders, DJs, and hoarding DJs.

This month I’ve been appreciating “Muleskinner Blues,” a song with an especially rich heritage. I grew up with two very different country versions of it: one by Merle Haggard and one by Dolly Parton. (As you can tell, my Dad was a broad-minded sort of fellow who allowed both kinds of music in the house: Country and Western.) So when I heard the Fendermen’s 1960 pop version of it on the radio earlier this summer, it made me curious and I started trying to find out where else the song had been.

Technically, the song was written and first recorded in 1930 by Jimmie Rodgers. But “written” is a fluid concept in the folkways of music like this, and this song has at least one very strong predecessor: Tom Dickson’s 1928 song “Labor Blues.”

Dickson was a delta bluesman who recorded, as far as we know, exactly four songs. There’s no mule involved, but the first verse of “Labor Blues” is a definite match for “Muleskinner:”

There’s already all kinds of stuff going on here in Dickson’s opening line. It’s about hard labor, and the singer is black. “Shine” is a racial term, there seem to be two characters in dialogue: we don’t know what they call themselves, but what they call each other is “Captain” and “Shine.” And of course it’s the blues proper, but it’s such an early and raw instance of the blues that you can hear the music’s close relation to older forms like the field hollers and work-gang songs that Alan Lomax caught on tape. The long, loud opening vocal line is especially close to the genius of the field holler. These elements —the racial subtext, the dialogue form, the long yell– will all fade in and out of the song as it is re-imagined over the years.

Around 1930, Jimmie Rodgers recorded a series of songs he calls “blue yodels,” apparently because he was self-consciously taking his signature yodeling and straining it through a blues sensibility. “Blue Yodel #8” is the one that will get the nickname “Muleskinner Blues.”

Rodgers’ vocal inventiveness takes center stage here: just try predicting where his voice is going to go next. But the eclectic guitar work is equally important, letting several different kinds of music put in an appearance (around 1:40 the lead guitar decides it’s depressed with this Blind Lemon Jefferson stuff and wants to be in a very different song altogether, perhaps one by Chet Atkins).

And then there’s the mule. “Muleskinner” is just a funny name for a muleteer or mule-driver; a person who specializes in keeping the mules moving. “I can pop my initials on a mule’s behind” is a comical boast about proficiency with a whip. The mule gave a song full of aural hooks the lyrical hook it needed to catch on.

Jocelyn Neal’s book The Songs of Jimmy Rodgers includes a chapter called “Why Everybody Wanted to Be a Muleskinner.” She tries to put her finger on why this mixed-up song was such a success: “All the poetic elements that comprise the song were present in the general rhetoric of blues lyrics prior to Rodgers. From that perspective, Rodgers’s composition was more an act of compilation than of original authorship…” (p. 36). In addition to the presence of Dickson’s “Labor Blues,” Neal hears bits of  Alger “Texas” Alexander’s 1927 “Section Gang Blues” and many other things.

Neal proposes that some of what makes the song special is its oddness and disjointedness, the way it’s betwixt and between various settled things. She cites “the song’s highly irregular phrase rhythm and song structure, which consist of the complex and interrelated structures of text declamation, melodic patterning, and meter, on multiple hierarchical levels” (p. 41). Among other things, all that looseness means that there’s room for a talented performer to play around.

And that’s exactly what happened when the song attracted artists like Roy Acuff and, more decisively, Bill Monroe, the father of bluegrass:

It’s unusual that a genre of music can be traced back to a single artist and a single piece of music, but that’s the case with the old-time spinoff, bluegrass. The Thomas Edison of bluegrass was a Kentucky mandolinist named Bill Monroe, and the Rosetta Stone was his October 28, 1939, performance of “Muleskinner Blues” at the Grand Ole Opry. (Clapton’s Guitar, p. 40)

What did Monroe do? For one thing, he doubled the speed of the song and turned his band loose on it, a band that included mandolin, banjo, and bass guitar that were used to having a good time making sparkly and jangly music. And the bluegrass vocal here is already a “keening tenor” that finds that mystical sonic territory known as “high lonesome.”

By this time it had been a hit twice, sounding different enough each time to suggest how malleable it was. A tug of war started. Woody Guthrie pulled it back in the direction of folksy blues in 1944:

While Odetta power-vocaled it back toward field music in 1956:

Lonnie Donegan gave it a manic skiffle treatment in 1957:

But each of these artists was more or less drawing “Muleskinner” back into the orbit of musical idioms they had already mastered. I think it was Joe D. Gibson who actually reinvented the song as “Good Morning Captain” in the late 1950s with a level of goofiness that would stick to the song from then on:

Swapping out yodeling for laughter, and putting some spoken word and chicken-clucking into the vocals, Gibson turned it into even more of a party. There’s a palpable suspense between some of the lines that any entertainer would covet, and Gibson maintains a joyful self-consciousness about the whole affair (“they love me!”).

This goofy version of “Muleskinner” is what the Fendermen would have a big hit with in 1960:

The laughing is really out of control, and the dialogue has morphed oddly (“I’m an old muleskinner” “Yeah, you are!”), but the space for guitar playfulness is still there. And as intentionally corny as the vocals are, they do approach in their own way the edginess that seems to be part of the genius of “Muleskinner” in its many forms.

That laugh, once released, is hard to keep under control. In a couple of recordings, it seems to cross the line into an evil cackle. One is Rocky Jones’ version:

And the other, which I think is rather more obviously an attempt at wickedness, is The Cramps’ 1989 punk version:

In both of these evil-laugh cases, the artists seem to be covering The Fendermen (listen to the guitar on the bridges) without tapping into anything earlier.

One of the finest recordings ever made of the song is that by the Osborne Brothers in 1963, which takes the high lonesome bluegrass vocal to an unsurpassable level of purity:

And the banjo work is also formidably fun. As comfortable bluegrass interpretations go, it’s hard to beat the Stoneman Family’s recording of it: these folks know what they’re doing with the song.

Bob Dylan tried his hand at “Muleskinner,” at least in live shows, around 1962, with mixed results. Dylan’s guitar and harmonica performance is vital enough to make me wish he had figured out how to manage the vocal, but it managed him instead:

By midcentury there are too many other versions to mention. But around 1969, Merle Haggard impressed old-time Country music fans with his ability to pull off a credible yodel without breaking out of the C&W groove.

And in 1970 “Muleskinner Blues” took Dolly Parton’s career went to the next level (she had been struggling to break out of the sidekick role to Porter Wagoner on the Grand Ole Opry):

There’s surely a lot that’s wrong with Parton’s version (the overdone sound effects, one too many sassy vocal asides), but there’s no denying that she takes control of it (“I’m a lady muleskinner down from Tennessee way”) and finds things in it that nobody else had found. “No girl ever sang that song” is reportedly what one of the studio musicians said, ignoring at least Odetta. Still, in 1970 it was some kind of subversive for a woman to manhandle “Muleskinner.” Parton held the note on that opening line (“Good mooooooooooooooooooooooooorning, Captain!”) long enough to draw shocked applause, and her quaver and “hey-hey” opened up possibilities that later singers would have to entertain. The falsetto reaches of yodelling haven’t always been congenial for the female voice, but Parton puts the notes so high that they get where they need to go.

In 1973, an important but short-lived band took their name from “Muleskinner Blues:”

Van Morrison has done the song several times, including this recording with Lonnie Donegan:

And last and probably least, a German version of “Muleskinner” by Peter Alexander and Bill Ramsey, entitled, for some reason, “Missouri Cowboy” and featuring jokes about horses:

Sorry to end on that note!