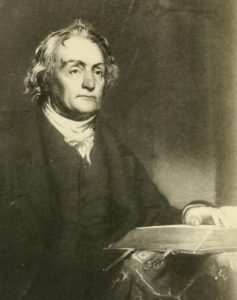 The command to do good, and to be good, sounds very deep and powerful. It vibrates with all the seriousness of a divine voice of command. Whenever I see it turning the heads and hearts of young people, I regard it with a kind of veneration: what a miracle to see young people fall in love with doing the right thing!

But in and of itself, the command to do good is curiously unable to sound the depths of the human condition. It’s right and unexceptionable as far as it goes, but unless it recognizes the way radical sin has rooted itself in our condition, it can’t help but be a shallow command. It can’t help but restrict itself to the status of a naive Plan A that simply can’t imagine what recourse we’ll need to take if Plan A doesn’t go well. Unless it recognizes that we are all Plan B people, pretty far down the road of Plan B and C and D, the imperious voice of pursuing the good is going to echo around with no appropriate audience.

The morality that arises from a clear understanding of the gospel is one that should reach deeper, clearly recognizing the power and presence of radical sin in our selves and our societies.

The bad news that we cannot simply do the right thing, and the good news that we are to be saved in spite of that, forgiven freely in fact, is a powerful word. But if it settles down into the message that we do not need to be good or do good, it is no longer a relief, but instead a cruel cutting of the vital cord of the moral life. It invites people to live in an imaginary world where the voice that proclaims the difference between right and wrong has been silenced.

Sometimes Christian morality is presented as either the message “be good” or the message “you do not have to be good as if your life depended on it.” But gospel morality is more complex than either of these messages.

I think Thomas Chalmers really got this, and it’s what gives a particular character to his moral theology. I’m not sure where this is to be found clearly stated in his writings. I’m more impressed by the fact that he manages to suggest it just about everywhere, no matter what he’s talking about.