E. Stanley Jones was born on January 3, 1884. He was an important Methodist Missionary with a big vision for world evangelism. Already as a college study as Asbury College in central Kentucky, the hand of God was on Jones: he was one of four participants in a prayer meeting (in a men’s dorm during a blizzard) that turned into a campus-wide revival.

By 1907, Jones was in Bombay as a church-planting missionary. Over the decades of his work in India, he experimented with all sorts of ways to communicate the gospel in a way that would put down deep roots. 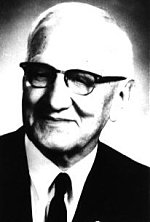 He worked in the villages, he networked with the intelligentsia, he held Round Table discussions, and he even adapted the terminology and conventions of the Indian ashram system, building a rural community center for contemplation and study.

His 1925 book The Christ of the Indian Road was provocative. Jones had a knack for describing the message about Jesus in ways that seemed just unfamiliar enough to get people thinking. Jesus Christ could sound like somebody who taught things that might be true, that might be confronting you right now, that might be directly relevant to your life without the protection of conventional labels. In Christ of the Indian Road, Jones did two things: First, he described Christ in terms that resonated with India:

India is the land of mysticism. You feel it in the very air. Jesus was the supreme mystic. The Unseen was real to him. He spent all night in prayer and communion with the Father. He lived in God and God lived in him. When he said ‘I and the Father are one’ you feel it is so. Jesus the mystic appeals to India, the land of mysticism. But Jesus the mystic was amazingly concrete and practical. Into an atmosphere filled with speculation and wordy disputation where men are often drunk with the wine of their own wordiness he brings the refreshing sense of practical reality…. There is no deeper need in India and the world today than just this practical mysticism that Jesus brings to bear upon the problems of life. ‘No man is strong who does not bear within himself antithesis strongly marked’ The merely mystical man is weak and the merely practical man is weak, but Jesus the practical Mystic, glowing with God and yet stooping in loving service to men, is Strength Incarnate.It is no wonder that India, tired of speculation, turns unconsciously toward him, the mystic Servant of all.

Second, he argued that Jesus and Western culture should be disentangled from each other, so India could hear the gospel and decide about accepting Jesus without having to take him together with The West as a package deal. Jones knew that colonial missions had in fact been the delivery system for bringing Christ to India.

What was a missionary’s task? “To know [Christ], to introduce Him, to retire– not necessarily geographically, but to trust India with the Christ and trust Christ with India. We can only go so far –He and India must go the rest of the way.”

This way of talking was eyebrow-raising in 1925, and is still the stuff of epochal decisions today. Jones kept refining his message and methods until his death in 1973.

In the fundamentalist-modernist controversy of the 20’s and 30’s, Jones didn’t make either side happy. The liberals suspected that after all, Jones was really just paraphrasing traditional old Christian claims that they were well past. The fundamentalists worried that he wasn’t being clear enough about, well, the fundamentals. This was the time period when a major interdenominational study, Re-Thinking Mission: A Laymen’s Inquiry After One Hundred Years, recommended that whatever missions was going to be during the 20th century, it shouldn’t be converting people to Christ. This was the kind of mainline denominational shenanigans that led even a loyal churchman like J. Gresham Machen to move on from his denominational home. Jones, for his part, stuck to his calling: to know Christ, to introduce him, to retire. His methods were flexible and experimental, but E. Stanley Jones held firmly the faith once delivered to the saints.

Offered the office of bishop in the Methodist church, he refused it so that he could continue his work in missions education.