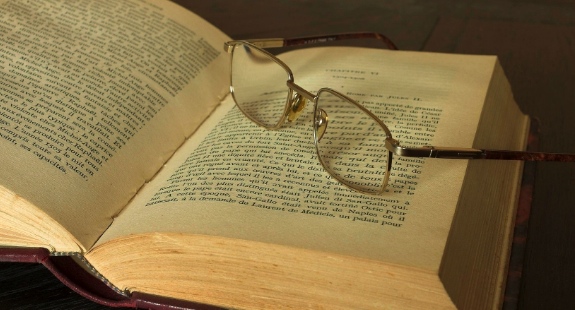 I can still recall the day, seventeen years ago. We were introduced one Sunday by a mutual mentor of ours, the late, much lamented Fr. Michael E. Trigg. After the morning liturgy, we three talked for quite an extended time in the parish hall during the coffee hour, talking books, ideas, and Socratic pedagogy. By the end of our conversation, I knew that I had made a friend for life. Little did I know that this meeting would change the course of my life.

Three years before this chance (or perhaps, divinely serendipitous) meeting, I had been a doctoral student drop out, having become a bit restless. I was Odysseus, wandering through Europe in search of “home,” and having had a dramatic re-encounter with God, I endeavored to return to California and figure out what direction my life was going to take. A friend introduced me to Thomas Aquinas College’s curriculum, based on Socratic pedagogy and reading of the great classics of western civilization, and I knew immediately what I wanted to do with my life. The only question was, where? At Thomas Aquinas College itself?

I prayed earnestly to God that if he had indeed enkindled this passion in me, and had given me the gifts to do it successfully, then to give me direction as to how and where these gifts would be put to good use. That’s when my encounter with John Mark Reynolds occurred.

He unfolded his plan for an honors program at my alma mater, Biola University, which would take thirty units of Bible on the one hand, and fifty-three units of general education on the other, and fuse them into a powerful Great Books curriculum that would employ Socratic pedagogy. The object of this program would be to serve Biola’s mission of “biblically-centered education, equipping men and women in mind and character to impact the world for the Lord Jesus Christ.” Then came the question I was not expecting: “Would you like to join me”? The answer was an unequivocal “Yes”!

The fall semester of 1996 was when this great adventure began. I was to sit in and watch him teach, and when I did, I thought to myself, “How in heaven’s name am I going to be able to replicate this?” He made rigorous Socratic pedagogy look effortless, seamlessly doing solid textual analysis, biblical integration, and personal application. At times, he seemed to be doing all these things at once, with an energy that had students at the edge of their seats, engaged in this great conversation.

It was with great trepidation that I took the reins of the class, teaching a second session on the book of Exodus. John Mark was simply a hard act to follow.

I was a bit disappointed with my maiden voyage into the world of Socratic pedagogy, and wondered if in fact I was self-deluded in thinking that I was cut out for this. I was prepared to go into his office and tender my resignation after the semester was done. He greeted me with encouraging words, saying that the chums did, in fact, receive me well.

Then he taught me a valuable lesson. After assuring me that I was indeed doing a good job, he told me not to try to be him. “It will take you a while to find your own voice,” he said, “so be patient. Be yourself, and you’ll see that the chums will come around and appreciate what you bring to the table. The most important thing is that you simply be who you are, and the rest will take care of itself. Go back in there, and love the chums.”

Be who you are, and love the chums! Those are two lessons I have taken to heart, and have tried to reflect and model in my pedagogy. Effective teaching begins with knowing who you are, what your limits are, and where the possibilities lie in those limits. Education is best done in the context of a great conversation, one that probes deeply into our assumptions about life and the cosmos. This conversation invites us to lay open these deeply-held beliefs, to cultivate humility in casting off what is false, and the resolve to build on what is true and lasting. This conversation must begin with love, not only of ideas, but of the people with whom we are in dialogue. People are more important than ideas, for in the encounter with another human being, we come face to face with immortality. We touch eternity in the meeting of minds and hearts.

These are the lessons I have taken into my teaching, and if I have been of any good to you, it is because of what I learned from John Mark Reynolds.

So carry on the good fight, dear chum! Continue to be who you have always been, and to love the chums at Houston Baptist University

And may we again sing “Bonnie Charlie” together soon!