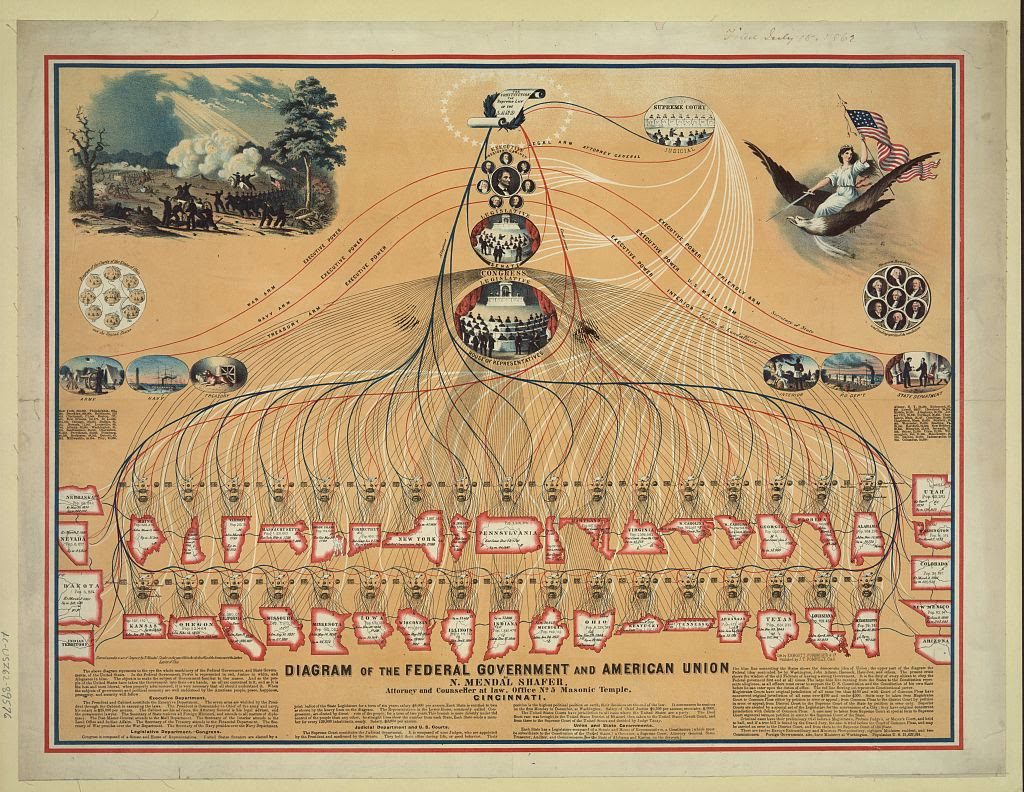 This election season, a lot of responsible people can be heard saying things like “I simply have no candidate,” or “I may not even vote.” And it’s more than just the usual laments that are always partly for comic effect (my favorites are “if God had meant for mankind to vote, he would have given us candidates,” and “don’t vote; it just encourages them.”) In many cases, it’s an actual inability to cast a vote for either of the people running for President from the two major parties.

But there’s the thing: “for President.” Every time somebody says “I’m not voting,” I wish they would add “for President.” I know the Presidential race is a big deal, but it takes on an exaggerated importance when we collapse the entire notion of voting into voting for this office.

I recall George Will mocking somebody on TV in the 1990s (surely it was Sam Donaldson) for obsessing on the top-of-the-ticket race. He said something like this: We are about to choose the partly symbolic leader of one of the three branches of one of our many overlapping levels of government for one term of office. The presidency is hardly the whole story of U.S. government.

This year in particular, we know that whoever ends up being President will have to preside over a country that mostly didn’t want them in office: vast numbers won’t bother to vote at all, or will at least skip the top of the ticket (note the distinction), and almost half of those who do vote will vote against the winner. The President’s only credible mandate will be, “Don’t be that other person that even more of us voted against.” That’ll be easy. Everything else will be hard. They’ll face a legislative branch that will complicate anything they try to do, and one that will probably have plenty of power to do so. The more the President fights his or her foes in Congress, the more partisan things will become, and the fewer people the President will speak for. This will be especially true for domestic issues.

So all those other races, further down the ticket, are very important; especially the congressional races. Here in California, I get to choose between two different Democratic candidates for Senator. Yes, that’s right, no Republican is running, so every voter gets their choice of Democrats. State rep races matter, too. And we’ve got judges, county races, and more. Also here in California, we get to vote for a bunch of strange ballot initiatives and measures, some of which cancel each other out and might both pass anyway.

Here’s the thing: Paying too much attention to the top of the ticket is bad for you. Just look at the terrible media climate that race involves for us this year. Focusing on the presidential race lends itself to the circus atmosphere we’ve got. It’s the race that is biggest, loudest, and –here’s the key– most like entertainment. That’s the reason it draws our attention, and that’s also the reason we should refuse it overmuch attention.

Take a moment to refresh your memory about what the President is constitutionally supposed to do. If you take that moment, you may find yourself more capable of sticking to the script than our current presidential candidates, who talk about all sorts of things, make all sorts of promises, and sketch all sorts of plans for things they don’t actually have control over. You’d think somebody trying for a job would review the job description.

On election day, when it comes to that top race, I’m in a bad spot. I’ve known since April I wouldn’t be able to vote for the Republican nominee, and since 1993 that I wouldn’t be able to vote for the Democratic nominee. I’m #nevereither, and considered leaving the top of the ballot blank. At this point I’m more likely to vote for a third-party write-in candidate for President, one with no real chance of winning the election. But either way, I will avoid saying “I’m not voting.” Because I’m totally voting, in lots and lots of races and referenda, right on down to the bottom of the ballot.