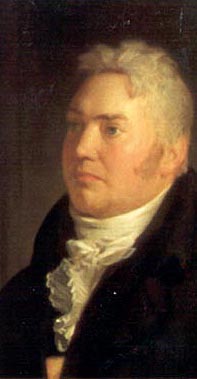 Samuel Taylor Coleridge was one of the greatest minds ever to write in English. But aside from the justly famous Rime of the Ancient Mariner, he didn’t manage to finish very many extended poems. That mind should have produced an English epic, but instead he produced Wordsworth –no small contribution to English letters. And aside from helping Wordsworth find his voice, Coleridge wrote a lot of shorter poems, the fragments of several larger designs, criticisms, and a lot of philosophical/theological musings which seem brilliant but never quite put it all together. The things he wrote in the margins of the books in his library are sheer genius, and have been published –but what do you do with marginalia?

While reading Coleridge with Biola students this week, I noticed a really awful poem that he wrote. Its title is A Soliloquy of the Full Moon, She Being in a Mad Passion, and I believe he had the good sense not to publish it. His editors, however, have put it into the collections of his works, so now all of us get to read this strange, half-successful song which is purportedly sung by the moon. The moon, it seems, is upset with poets, and “in a mad passion” she soliloquizes thus:

Coleridge’s “Soliloquy of the Full Moon” sounds like young Bob Dylan writing a script for old Winnie the Pooh. See for yourself.

Now as Heaven is my Lot, they’re the Pests of the Nation!
Wherever they can come
With clankum and blankum
‘Tis all Botheration, & Hell & Damnation,
With fun, jeering
Conjuring
Sky-staring,
Loungering,
And still to the tune of Transmogrification–
Those muttering
Spluttering
Ventriloquogusty
Poets
With no Hats
Or Hats that are rusty.
They’re my Torment and Curse
And harass me worse
And bait me and bay me, far sorer I vow
Than the Screech of the Owl
Or the witch-wolf’s long howl,
Or sheep-killing Butcher-dog’s inward Bow wow
For me they all spite–an unfortunate Wight.
And the very first moment that I came to Light
A Rascal call’d Voss the more to his scandal,
Turn’d me into a sickle with never a handle.
A Night or two after a worse Rogue there came,
The head of the Gang, one Wordsworth by name–
`Ho! What’s in the wind?’ ‘Tis the voice of a Wizzard!
I saw him look at me most terribly blue !
He was hunting for witch-rhymes from great A to Izzard,
And soon as he’d found them made no more ado
But chang’d me at once to a little Canoe.
From this strange Enchantment uncharm’d by degrees
I began to take courage & hop’d for some Ease,
When one Coleridge, a Raff of the self-same Banditti
Past by–& intending no doubt to be witty,
Because I’d th’ ill-fortune his taste to displease,
He turn’d up his nose,
And in pitiful Prose
Made me into the half of a small Cheshire Cheese.
Well, a night or two past–it was wind, rain & hail–
And I ventur’d abroad in a thick Cloak & veil–
But the very first Evening he saw me again
The last mentioned Ruffian popp’d out of his Den–
I was resting a moment on the bare edge of Naddle
I fancy the sight of me turn’d his Brains addle–
For what was I now?
A complete Barley-mow
And when I climb’d higher he made a long leg,
And chang’d me at once to an Ostrich’s Egg–
But now Heaven be praised in contempt of the Loon,
I am I myself I, the jolly full Moon.
Yet my heart is still fluttering–
For I heard the Rogue muttering–
He was hulking and skulking at the skirt of a Wood
When lightly & brightly on tip-toe I stood
On the long level Line of a motionless Cloud
And ho! what a Skittle-ground! quoth he aloud
And wish’d from his heart nine Nine-pins to see
In brightness & size just proportion’d to me.
So I fear’d from my soul,
That he’d make me a Bowl,
But in spite of his spite
This was more than his might
And still Heaven be prais’d! in contempt of the Loon
I am I myself I, the jolly full Moon.

“Muttering Spluttering Ventriloquogusty Poets With no Hats Or Hats that are rusty?” Botheration! Transmogrification! Clankum and bankum! His point here –he does have a point– is that poets wrongly describe the meaning of natural things. Fortunately, Coleridge wrote other poems which make the same point in a less ventriloquogusty way; “The Nightingale” is probably the most important one.

But for the wacky factor, “I am I myself I” is hard to beat.