Freddy Age Nine is well known for his mastery of highly complex compositions, but his recent work has tended toward a stark simplicity. The image below is striking for its vast quantities of white space, so much that the two major figures in it seem to belong to separate drawings. 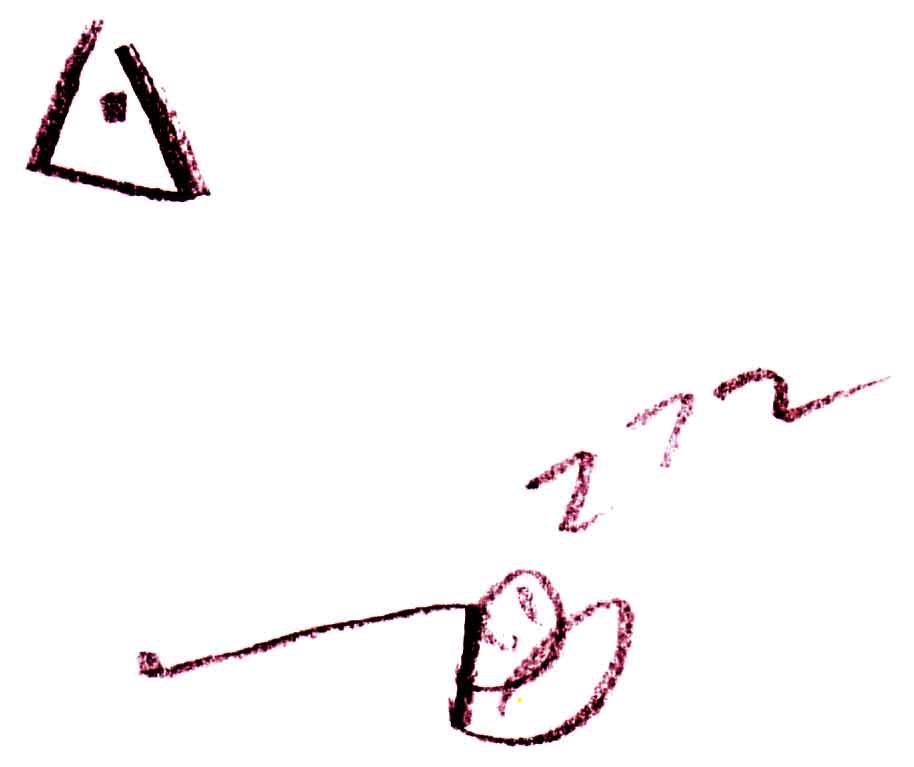 The open triangle at the top is a world away from the reclining figure below.  It makes sense for the triangle to be rendered with schematic simplicity, but the daring abstraction with which Freddy Age Nine has indicated the human figure is a strong statement. If you remove the texture from the lines, you can see how stark the line-work is: 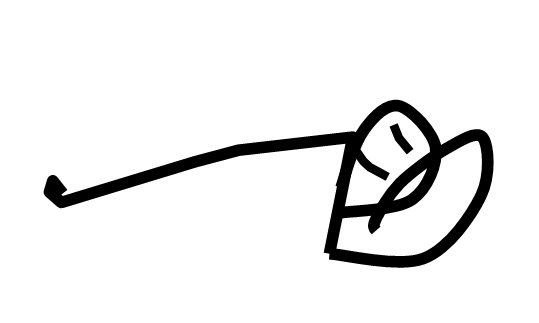 The spare elegance of the outline puts this image somewhere between shodo calligraphy and a commercial art logo for a hotel promising a good night’s sleep. Either way, the pillow and the cover are suggested with the minimal possible means. The little loop at the foot of the bed serves to anchor the entire image, letting the eye know when to stop its long run out along the drawing’s straightest line. From there, with his horizontal motion arrested, the viewer can either loop back to the inviting curvilinear forms of the head and the pillow, or shoot up to the hovering triangle. The dot inside that triangle is the same size, and of a slightly greater density, as the knot at the foot of the bed.

And what is that triangle? Critics have suggested a reference to the eye in the pyramid on the back of the dollar bill, which in turn is an allusion to the Novus Ordo Seclorum. Some have suggested it is a kind of “Eye of Big Brother” observing the sleeper. But if so, we would need to read it as truly beneficent, skewing its geometry amiably toward the smiling, recumbent figure. It may also be a trinitarian reference.

Difficult as the triangle is to interpret, though, there is a more mysterious element: The label, “Z72,” which probably refers to some personal symbolism important to the artist.

This image was found in the artist’s sketch book, along with numerous other images that seem to be part of a “world of the future” project. 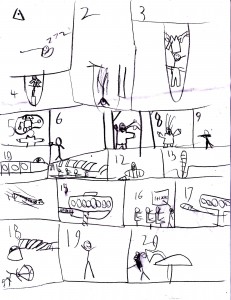