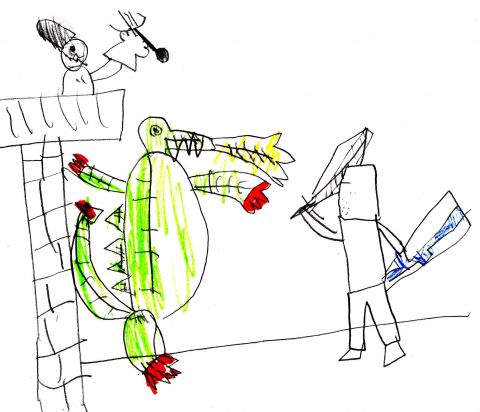 Knight versus dragon, but note how the dragon is a biped who seems to be communicating via sign language. His mouth is politely closed, and the flame shooting from his nostrils barely extends further than his claws. The knight, on the other hand, holds his means defense off to one side, and brandishes his weapon of offense menacingly.

He thought he’d killed him three times! But he didn’t. The dragon couldn’t remember if there were any other people besides him and the knight in the fight. … The dragon did not like the bad knight. He wished his bigger dad, who shoots lots more flames, would fight the knight.

Yes, it’s Book One of the Edmund Spenser’s Faerie Queene from the dragon’s point of view. Well, Milton could almost make you feel sorry for Satan in Paradise Lost, so why not a take on Spenser that gives you sympathy for the dragon?

Back in February 2006, Freddy Age Five rendered the George story this way: 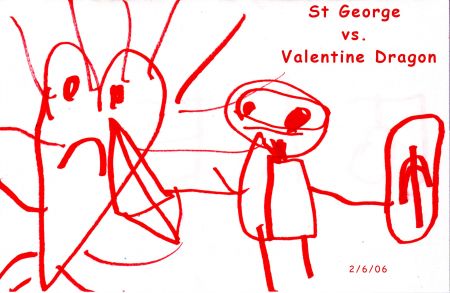