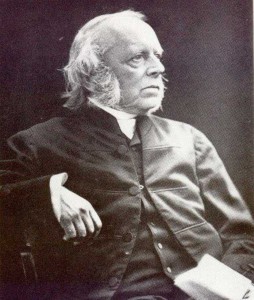 Bonar (1808-1889), Scottish pastor and author, was from a long line of clergymen and was brother to the equally famous Andrew Bonar (1810-1892) with whom he is sometimes confused. Born in Edinburgh and educated there under Thomas Chalmers, he ministered at Kelso for 29 years before returning to Edinburgh’s Chalmers Memorial Church from 1866 until his death. Bonar and his evangelical congregation joined the Free Church of Scotland during 1843’s disruption.

He was a prolific author, publishing his sermons (including the 52 Family Sermons and Light and Truth, a five-volume cycle of sermons from Genesis to Revelation), spiritual books (The Night of Weeping, God’s Way of Peace, and The Everlasting Righteousness), and biographies (of G. T. Dodds and John Milne of Perth).

Bonar was a decided Calvinist and an outspoken premillenialist, but also a promoter of international pan-evangelical cooperation, as seen in his editing the popular journal Christian Treasury for two decades, and especially in his public defense of Dwight Moody’s evangelistic campaigns, which Rev. John Kennedy of Dingwall had condemned as “hyper-evangelism.”

Bonar’s voluminous writings are of a consistently high quality, characterized by a Romantic spirit, great forcefulness of expression, and pastoral application. His fluency with the core doctrines of reformed Protestantism gave him a solid foundation for an experiential and emotional piety. The combination can be seen in his many hymns, some of which, notably ‘I Heard the Voice of Jesus Say,’ and ‘Come Ye Sinners, Poor and Wretched,’ have enjoyed wide usage. He published three volumes of Hymns of Faith and Hope.

I heard the voice of Jesus say, ‘Come unto Me and rest;
Lay down, thou weary one, lay down Thy head upon My breast.’
I came to Jesus as I was, weary and worn and sad;
I found in Him a resting place, and He has made me glad.

I heard the voice of Jesus say, ‘Behold, I freely give
The living water; thirsty one, stoop down, and drink, and live.’
I came to Jesus, and I drank of that life giving stream;
My thirst was quenched, my soul revived, and now I live in Him.

I heard the voice of Jesus say, ‘I am this dark world’s Light;
Look unto Me, thy morn shall rise, and all thy day be bright.’
I looked to Jesus, and I found in Him my Star, my Sun;
And in that light of life I’ll walk, till traveling days are done.

In each stanza, the third line is a testimony from the hearer, that having “heard the voice of Jesus,” he answers the invitation: “I came to Jesus as I was…I came to Jesus and I drank… I looked to Jesus.”

(Bonar used to be widely credited with writing “What a Friend We Have in Jesus,” but he certainly did not.)

His first hymns were written to engage the interest of children during youth ministry, and he was always expert at composing with that kind of simplicity and directness that can catch the young ear, as in this less famous composition:

Glory in the highest be
To the blessed Trinity
For the gospel from above,
For the word that “God is love.”

Note again the formula: Glory to each of the persons of the Trinity, followed in the third line by the specific reason, effect, or response for the singing children.