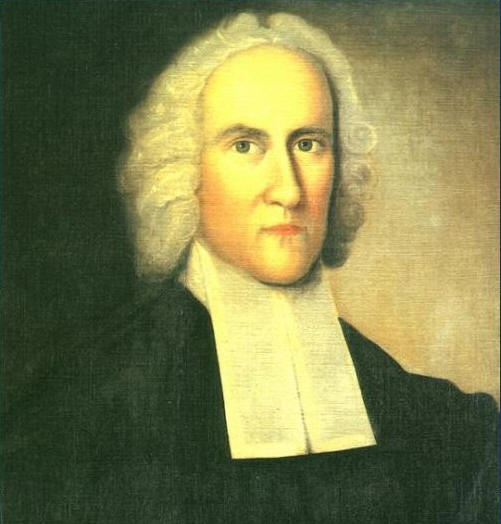 On March 22, 1758, Jonathan Edwards died in Princeton, New Jersey, from complications that set in after a smallpox vaccination. It was a surprising turn of events, right when Edwards thought he was starting an exciting new phase of his life’s work. He had moved to Princeton just a few months before, to assume the presidency of the college, and had been formally installed as president just weeks prior to his death. His wife Sarah hadn’t even moved the whole household from Massachusetts yet; two of his grown daughters already lived in Princeton and helped care for him.

There is an ancient Christian tradition of reflection on ars bene moriendi: the art of dying well. The theology of Jonathan Edwards was stern stuff, nourished by constant attention to Scripture and a shaped with a keen eye on God’s work in the world around him. It is good to be able to report that he died well, by all accounts.

As it became clear that he was going to die (the fever and throat constriction made him unable to eat or drink enough for subsistence), he called his daughter Lucy and said,

Dear Lucy, it seems to me to be the will of God that I must shortly leave you; therefore give my kindest love to my dear wife, and tell her, that the uncommon union, which has so long subsisted between us, has been of such a nature, as I trust is spiritual, and therefore will continue forever: and I hope she will be supported under so great a trial, and submit cheerfully to the will of God. And as to my children, you are now like to be left fatherless, which I hope will be an inducement to you all to seek a Father, who will never fail you. And as to my funeral, I would have it be like Mr. Burr’s; and any additional sum of money that might be expected to be laid out that way, I would have it disposed of to charitable uses.

As death approached, some friends and relatives near his bedside were fretting over the terrible effect the death of the president would have on the college, and the loss to the American colonies that the passing of the famous preacher Jonathan Edwards would be. Nobody thought he was listening, but he said aloud, “Trust in God, and ye need not fear.”

Dr. William Shippen, the same doctor who had given him the lethal smallpox inoculation (and who would be a representative at the Continental Congress), attended him at his death, and sent the following letter to the widowed Sarah Edwards:

This afternoon, between two and three o’clock, it pleased God to let him sleep in that dear Lord Jesus, whose kingdom and interest he has been faithfully and painfully serving all his life. And never did any mortal man more fully and clearly evidence the sincerity of all his professions, by one continued, universal, calm, cheerful resignation, and patient submission to the divine will, through every stage of his disease, than he; not so much as one discontented expression, nor the least appearance of murmuring, through the whole.

Soon enough, Sarah Edwards was writing to her daughter with these words of comfort and exhortation:

My very dear Child, what shall I say? A holy and good God has covered us with a dark cloud! …The Lord has done it. He has made me adore His goodness that we had him so long. But my God lives: and He has my heart. Oh, what a legacy my husband and your father has left us! We are all given to God; and there I am, and love to be.

There is much to be learned from the entire Edwards family, especially Jonathan and Sarah in their “uncommon union” of heart and mind, about the art of dying well, the art of grieving well, and the wise way to live when “a holy and good God has covered us with a dark cloud.”