In whom we have redemption through his blood, the forgiveness of sins, according to the riches of his grace; ~Ephesians 1:7

In this Beloved One “we have our redemption,” i.e., deliverance, first from the guilt of sin, and afterwards from its power and its penal consequences. The primary thought of the word “redemption” is deliverance by the payment of a ransom. The thought of a ransom paid often disappears in the usage of the word and only the thought of deliverance alone remains, but in the words before us the thought of a ransom paid for our deliverance lingers in the word. The price paid was “His blood,” the outpoured life of Jesus Christ (cf. I Peter 1:18, 19). It was the highest price that could be paid. Our redemption cost us nothing, it is to be had for the taking, but it cost God the Father and Christ the Son an infinite price.

As to the exact significance of “through His blood,” Bishop Moule puts it well:

On this great subject it is enough here to say that a careful review of New Testament passages under the word blood will show that the prevalent and leading ideas associated with it, in religious connections, are expiation of guilt, ransom of person and ratification of covenant. In all these can be found the uniting idea of forfeiture of life as the due of sin.”

The fundamental thing secured by our redemption is “the forgiveness of our trespasses” (R. V.). Two other blessings are wrapped up in that. “Trespasses” means a “falling out,” or “falling alongside,” i.e. a falling out, or departure from the straight path of God’s will, into forbidden, wicked, and dark by-paths that end in death. Through Christ’s atoning blood all these wicked departures are forgiven. The Greek word translated “forgiveness” means “dismissal,” “sending away.” The thought is that because of the atoning blood of Christ God has forever dismissed our sins from His mind (cf. Ps. 103:12). Through Christ, our scapegoat, our sins have been taken away into a land uninhabited, where they shall never be heard from again (Lev. 16:8-10, 21, 22). Forgiveness of sins is not something the believer must do something to get, it is something we already have, “we have our redemption through His blood, the forgiveness of our trespasses.” We do not hope to be forgiven, we are forgiven. 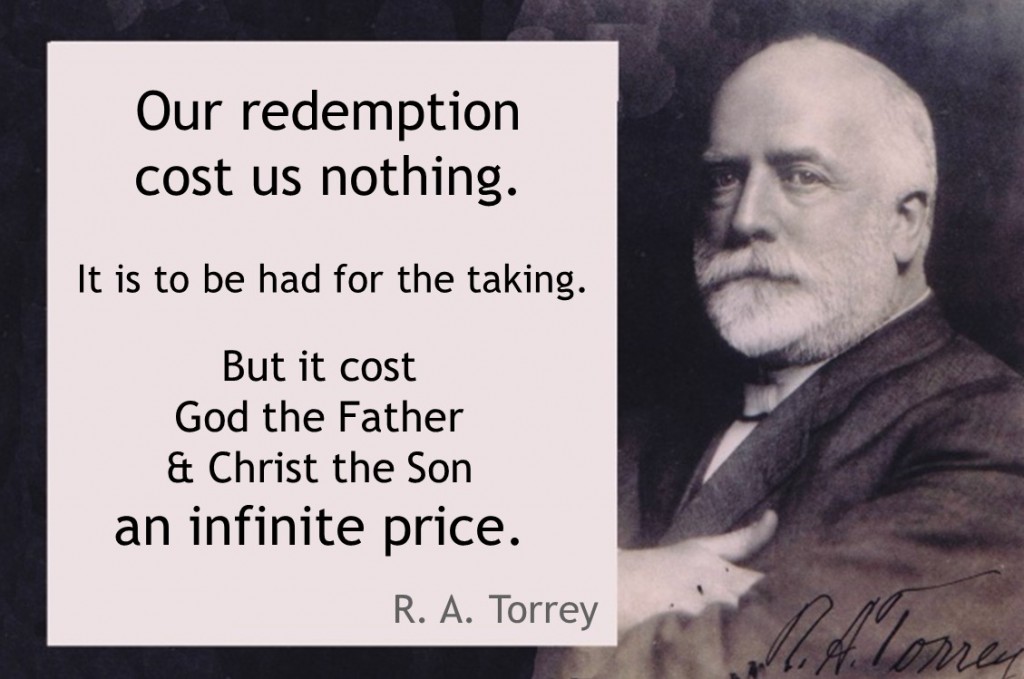