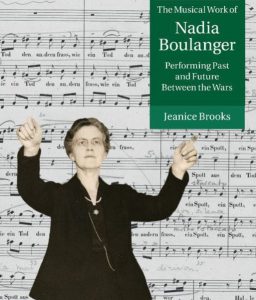 What I love in theology is the big picture, the long lines of continuity. Whenever I read, I’m always looking for the unifying perspective that arises when a theologian finds an angle from which to behold the overarching unity that lets all the details settle into place.

What I dread most in theology (second only to outright heresy) is the lumpy aggregation of a bunch of doctrinal points with no principle of order. I hate the feeling of wandering around clutching a sack of true fragments, but not knowing how they go together, or why. I can’t stand having thirty-two things marked “super important” on a mental shelf but no idea how they relate to each other.

When my heart goes pitter-patter for systematic theology, it’s not because the word “system” conjures up the prospect of a perfect grid into which all things can be sorted, or some sort of Euclidean set of proofs that are logically deducible from a few given definitions and propositions.

System suggests instead a deliverance from chaos, a comprehension of why all the gorgeous details are there and why they make sense together. System suggests rising from random mark-making to an actual drawing; rising from noise to music.

I thought of this recently as I read a section in Jeanice Brooks’ book The Musical Work of Nadia Boulanger: Performing Past and Future Between the Wars (Cambridge University Press, 2013). Boulanger was one of the great musicians of the twentieth century, though probably best known as a music teacher. One of the points of Brooks’ book is to treat all her work (composing, conducting, performing, and teaching) as part of a whole. And that point is itself true to the key idea that characterized Boulanger’s teaching: she was always looking for the strong, central line that runs through a piece of music and makes it one.

Brooks quotes from a 1920 letter by Boulanger:

The more that music, however complicated it is internally, gives off a pure, true line, the more intelligible it is –and that’s why nine out of ten developments, which are not integral parts of the form, but some sort of filler for the blank spaces between the essential points, are false and wearisome. (p. 45)

Eventually Boulanger settled on the term la grande ligne as her favorite brief way of capturing this idea. It was how she referred to the “pure, true line” that arises from the integration of content and form, and it would become a trademark concept for the rest of her career.” Boulanger spoke and wrote French, but the French phrase was popularized in English by her student Aaron Copland, who called la grande ligne “the be-all and end-all of every composer’s existence.” This was in his 1939 book What to Listen for in Music, where he called it a concept he picked up during his student years in Paris, though he did not name Boulanger as the source.

According to Brooks, Boulanger used her evocative notion of la grande ligne not only as an inspiration for composition and performance, but as a critical principle for understanding other work:

The idea of the grande ligne required more than hortatory repetition to become an effective teaching concept, however. The need for demonstration led Boulanger to propose it as a concept that could be applied in an exemplary fashion to past masterworks, in analyses that aimed to demonstrate the relationship of smaller units to the large-scale continuity represented by the grande ligne.

We have some of Boulanger’s notes on the lines of continuity she traced in the works of (here) Bach: 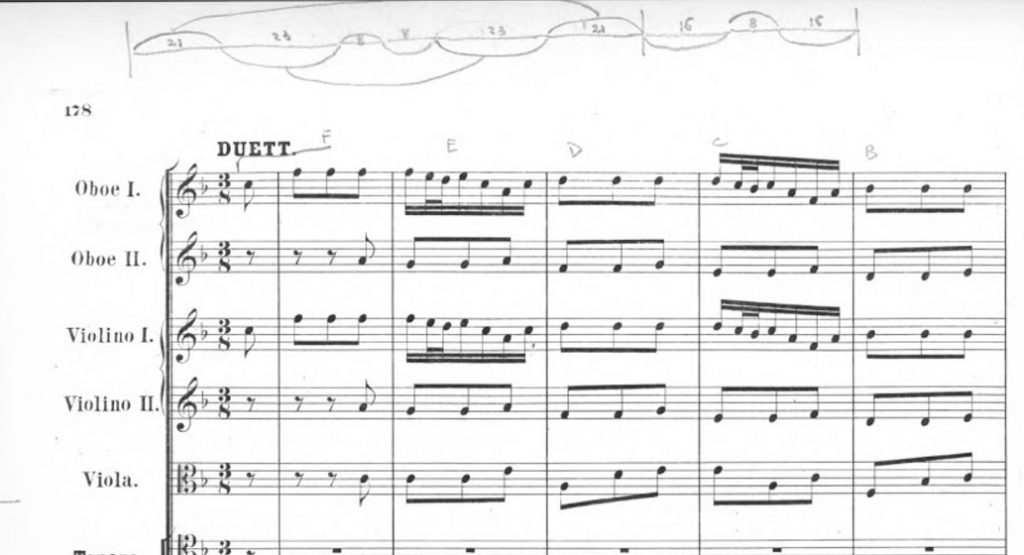 Much of what Boulanger meant by la grande ligne goes beyond my ability to appreciate musically: it certainly wasn’t just a tune or melody. Boulanger famously pushed her students to think architectonically about music, and they would rave about learning to hear the overall form of a piece not just horizontally (in what I would think of developmental lines played out over time) but vertically (in the chordal and tonal structure).

I’m pressing Boulanger for a theological illustration. Some of her inspiration was probably in fact theological: she was conversant with a kind of highbrow Catholic piety, and principles of neo-Thomism were in the air of cultured aesthetes of her time. She believed in the transcendental attributes of being: goodness, truth, and beauty, but especially that often-overlooked transcendental, unity. A thing must be one before it can be good, true, or beautiful. But some of her inspiration probably came from the trendy vitalism and process philosophy that seemed so modern at the time (Bergson was apparently important to her). Certainly she was after something spiritual in music, and that earnest seeking was what gave her work its elan.

What gives theology its elan is an analogous type of comprehension of the wholeness of the whole. Without la grande ligne to pull you through, a piece of music sounds like a series of notes. Without la grande ligne to pull you through, a piece of theology sounds like a series of claims and evidences. One of the reasons I always try to take my bearings from the biggest doctrines is that the clear through-lines are most prominent there. When you consider Trinity, incarnation, or atonement, no matter how deep you go into the details, you have to keep a sense of the whole territory about you. But even that list (Trinity, incarnation, atonement) is a list. And lists, formally speaking, are always a fragile placeholder for where real unity ought to express itself. There are grand lines of doctrine that arc over the doctrines we give these names to. They’re all but unspeakable, and they’re what make all the speaking of theologians worthwhile.