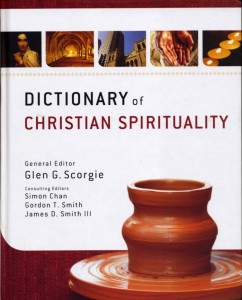 For the Dictionary of Christian Spirituality, I wrote a short essay about fundamentalism. It’s interesting that a spirituality reference work would include an entry on this topic; the normal associations of the term “fundamentalist” tend to be doctrinal or cultural, but not spiritual. Put another way, spirituality is a soft word, fundamentalist a hard word. But the wise editors recognized that an evangelical reference work couldn’t ignore the real spiritual tradition represented by fundamentalism, so I was glad to do what I could on the subject. In less than 500 words, alas! Here are those 500 words, from the aforementioned reference work (which you should consider buying since I’m giving you part of it for free here), pp. 468-469.

Fundamentalism is “militantly anti-modernist Protestant evangelicalism,” in George Marsden’s term. Thus its spirituality has mostly the same content as classic evangelical spirituality, of the kind exhibited in the age of Dwight Moody. But fundamentalism took on a sharper edge in the institutional and ideological conflicts of its formative period in the early twentieth century. Fundamentalism was a protest movement, a denominational renewal strategy, and a coalition of cobelligerents against liberalism. But as a spiritual tradition, it has had a few key commitments: truth, authority, and purity.

Fundamentalists lead with truth claims, and consider the best test of authentic Christianity to be whether a person affirms true, biblical doctrine. Furthermore, the believer is under obligation not just to believe the truth, but to “contend earnestly for the faith.” R. A. Torrey, who Marsden called “one of the chief architects of fundamentalist thought,” argued that “Christ and His disciples attacked error.”

Closely related is the claim of authority. Fundamentalists emphasize submission to the absolute authority of God’s word in the Bible. The literalism with which fundamentalism approaches the Bible entails that God’s will is generally so plain in the words of Scripture that any deviation is best explained as willful disobedience to God.

Following from these two commitments is the fundamentalist emphasis on purity. The church is to be composed of orthodox believers (that is, those who hold to a set of fundamental, or central, truths) with lifestyles of personal holiness rather than worldliness (that is, those who submit to the authority of God’s revealed will). The quest for purity has frequently led to multiple divisions within the churches, beginning with the attempt to drive the liberals from the old denominations but usually ending up as an exodus of the fundamentalists from those bodies. Some fundamentalists insist on multiple degrees of separation, not only remaining visibly separate from liberals, but also maintaining separation from those who fail to separate.

Some elements of the fundamentalist spiritual temperament are related to the fortunes of the movement through the middle of the twentieth century, as it lost most of its chosen battles within the denominations and the wider culture, especially in America. After the symbolic public discrediting of creationism in 1925’s Scopes Trial, fundamentalists were increasingly excluded from traditional centers of prestige and influence. Since their ecclesiologies already held that the church’s mission is primarily the spiritual task of evangelizing and disciple-making, most fundamentalists found it natural to disengage from their cultures. Thus the “militantly anti-modern” leading edge of the movement has tended to reinforce a tendency toward privatizing and personalizing spirituality.

However, because fundamentalism is a sub-movement within the larger stream of evangelical Protestantism, these distinguishing features only count for a small portion of fundamentalist spirituality. The bulk of the sermons, books, and magazines produced by fundamentalists are devoted to the standard topics of classic evangelical spirituality: conversion, prayer, Bible study, Christian fellowship, personal holiness, revival, and trust in God.