How far would you go to protect those closest to you, the things you hold most dear? The tiresome rhetoric of Hollywood is very often to go “as far as it takes”, but Rian Johnson’s new film Looper gives a host of reasons to call that ethos into question.

In the beginning of the film, we see Joseph Gordon-Levitt’s character (young Joe) literally choose to give up his best friend for a pile of silver. He is persuaded to do so by his gang boss Abe, played by Jeff Daniels, who reminds him that when Joe was a young boy, he spared his life and gave him “something of his very own.” That something was a blunderbuss, and with it, Joe was roped into a morally reprehensible and concretely dead-end job. But for the sake of this something of his very own, Joe is willing to give up the dignity of making the moral choice. 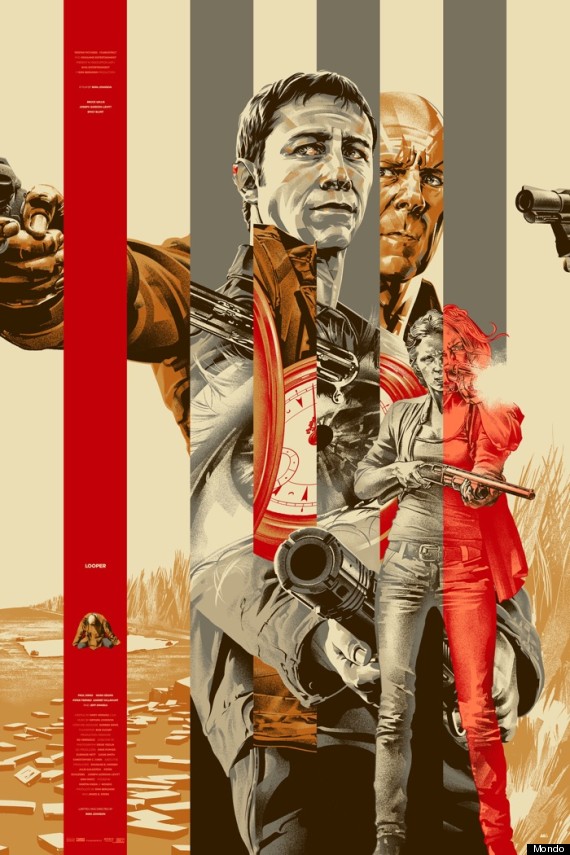 This action sets the pattern for every major character in the film. Each is confronted with the choice to give up something of her very own in order to do the right thing, and each selfish choice sets off a stream of negative consequences. Joe’s mom chose to give up her son for the sake of her drug habit, and Joe became a killer. Emily Blunt’s character, Sara, chose to give up raising her son for the sake of her life in the city, causing her sister to die in her place.

Now, old Joe (played by Bruce Willis), has traveled into the past in order to preserve something of his very own, his wife, from the “Rainmaker”, a brutal gang overlord. Like the other characters in the film, he is willing to sacrifice his own values in order to hold on to the thing that is his. In order to destroy the man who destroyed his wife, he is willing to resort to increasingly desperate actions, even sacrificing innocent children. As the story progresses, however, it becomes evident that old Joe is creating the very enemy he meant to destroy. In Oedipal fashion, he is fulfilling the prophecies about the gruesome past that led the Rainmaker to become monstrous.

The only way to end the cycle, to stop the continual “looping” around of selfish actions begetting more selfish actions and immoral deeds begetting further immoral deeds, is self-sacrifice. Both Sara and young Joe choose this path. Sara gives up her life in the city in order to raise her son, and hopefully change his fate. Young Joe chooses to renounce the life of luxury he had planned (he is driving a car full of gold in the film’s final scene) in order to protect Sara and her son, Cid. The success of both acts is unclear. Both Joe and Sara sacrifice their personal goods to avert Cid’s transformation into the Rainmaker, but at the end of the film it is unclear whether this sacrifice will be sufficient to keep him off of this terrible path. Still, as the film closes with a shot of Cid sleeping soundly, we have good reason to hope.

The political message of the film is present, though not overbearing. Not only does Cid come from the Arabic sidi , meaning Lord and Master (as in the Spanish El Cid Campeador), but the prisoners that young Joe makes his living executing are dressed to conjure images both of prisoners in terrorist attacks, and terrorists in American custody. They are faceless, and Joe describes their deaths as “clean” because in his world they “don’t really exist”. However, as a looper, Joe never knows when the man he is executing will turn out to be a future version of himself. As Joe reflects, the life of the looper is not the life of someone who is good at thinking ahead, and the selfish choices throughout the film all involve the same short-sighted thinking. The killing of the faceless, and the killing of the innocent for the sake of “something of my own” both loop back around on the man who commits them. Joe says, towards the end of the film, that the man who will do anything to preserve what’s his is “the only kind of man there is”, but only a few scenes later Joe shows that this is not the case, that the only way to end the cycle is to stop doing whatever is necessary to protect one’s own.

Looper is very dark for a science-fiction film, reveling in both natural and supernatural goriness. Joseph Gordon-Levitt’s facial reconstruction makes him look like a young Tommy Lee Jones, and prevents him from moving his forehead (an acting resource he probably couldn’t afford to lose). The action scenes require a near-heroic suspension of disbelief, and the time-travel plot is riddled with more holes than Bruce Willis’ victims.  However, the thoughtfulness of this recurring pattern of moral compromise for the sake of “me and mine” makes the film not only watchable, but for the strong of stomach, even worthwhile.